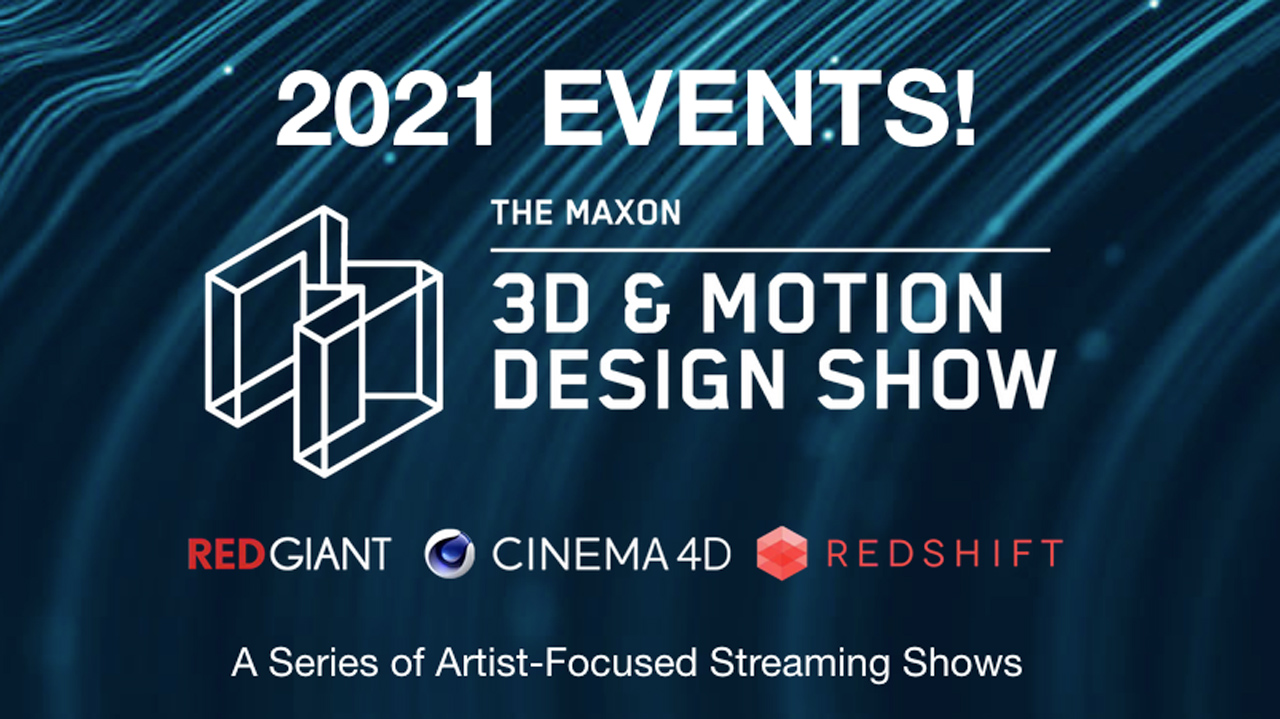 Maxon has announced the artist speakers for the 3D and Motion Design Show on April 13, 2021.  Toolfarm is a proud sponsor of this informative artist-focused streaming show.

Learn more and sign up to receive reminders and presentation schedules by clicking the link below.

David McGavran joined Maxon in July 2018. The internationally experienced executive comes with extensive expertise and a large network in the Media and Entertainment industry, having worked 20 years in different roles at Adobe. His last position at Adobe Systems was Director of Engineering – Professional Audio and Video. David has considerable experience working with broadcasters, post-production houses and film editors around the world.

Chris Schmidt is a 3D artist, educator, software developer and now founder of Rocket Lasso. Deeply rooted in Cinema 4D since 2000, he has hundreds of hour’s worth of online tutorials and live streams. Aimed at helping newcomers and professionals alike, covering topics ranging from character rigging and advanced particles setups, Sketch & Toon, and technical motion graphics techniques. Based out of Chicago, Chris also co-founded the annual Half Rez Motion Design Conference and the Chicago C4D user group.

As kids, Joel Thomas and his brothers would sit at the kitchen table and draw on sheets of old-school, perforated printer paper. Then, he got his start in 3D when he was in high school by dabbling in mods for computer games. Now, he can survive for months off nothing but the dew of a single ginkgo leaf and the energy of the universe.

Andy Lefton currently works as a senior 3D generalist and art director at MadMicrobe studios. He’s been working in the realm of 3D, VFX, and illustration for about 15 years now and the challenges it brings makes the job even more enjoyable as it’s an industry that’s constantly moving and keeps him learning new things daily.

In his spare time, he enjoys working on short films which tend to lean more on the sci-fi or fantasy narrative. Music is also his lifeforce where he plays live and tours as time permits.