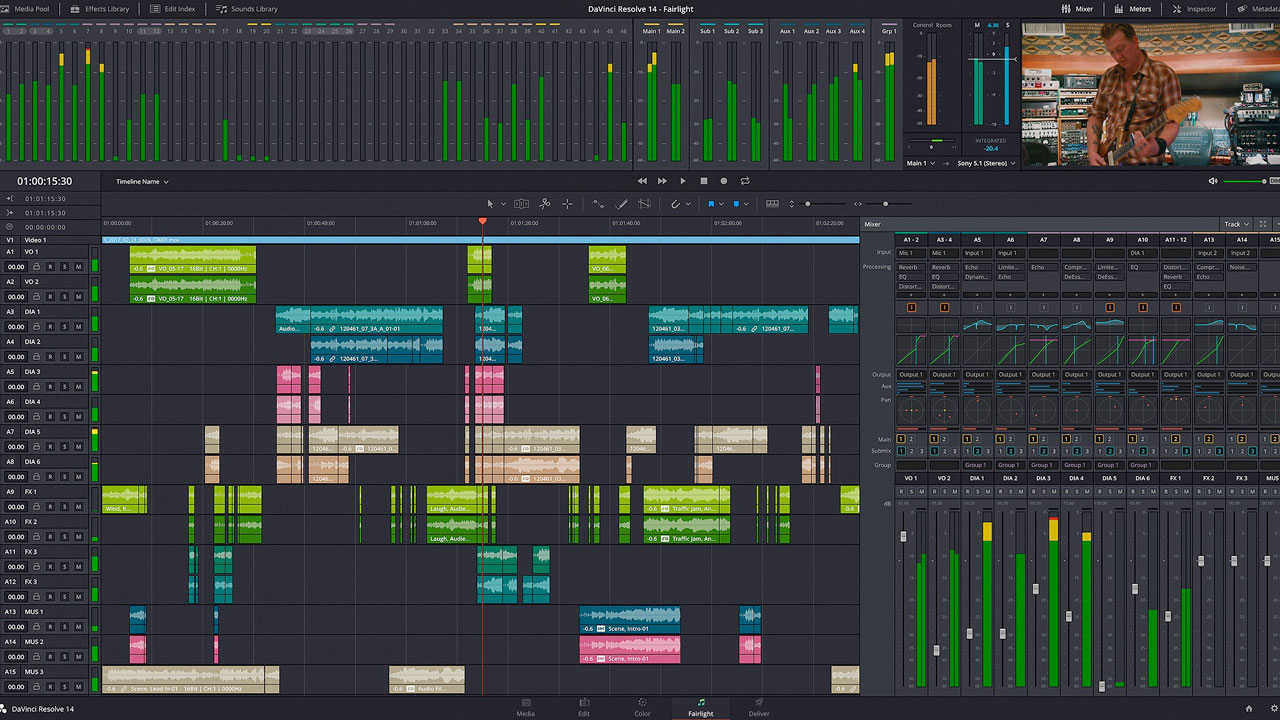 With the beta release of DaVinci Resolve 14, Blackmagic has announced the integration of Fairlight audio technology to give Resolve full, post-production audio mixing capabilities.

Blackmagic Design set its sights on the market for Avid Pro Tools in post-production, releasing a public beta of DaVinci Resolve 14 that incorporates the Fairlight audio technology it acquired last year.

That’s right — Resolve now includes a full-fledged post-production audio mixing engine on a new Fairlight page (top). It can be controlled by Fairlight consoles, which Blackmagic will sell in modular form, starting with a desktop version and expanding to 2-bay, 3.5-bay and 5-bay consoles. (You can use Resolve’s capabilities in software-only mode but control may be tricky, especially for complex projects.)

Audio pros will also want the Fairlight Audio Accelerator, an add-in card that allows a system to play up to 1,000 tracks in real time with up to six VST plug-ins per channel. CEO Grant Petty said a “normal” computer can play back about 60 channels of audio at once.

Want to know more about the DaVinci Resolve 14 beta?  Read our blog post.

No Monthly Cloud Licencing
Own for half the cost of a cloud subscription!

Unlike cloud based software, DaVinci Resolve Studio does not require a connection to the internet and there are no monthly subscription fees. Now you can get DaVinci Resolve Studio for only $299, which is 50% less than the cost of popular cloud subscriptions. Plus, you get full nonlinear editing, advanced color correction and a massive suite of new Fairlight audio tools, all included in the one easy to buy solution. It’s like getting 3 high end professional applications for the cost of one!