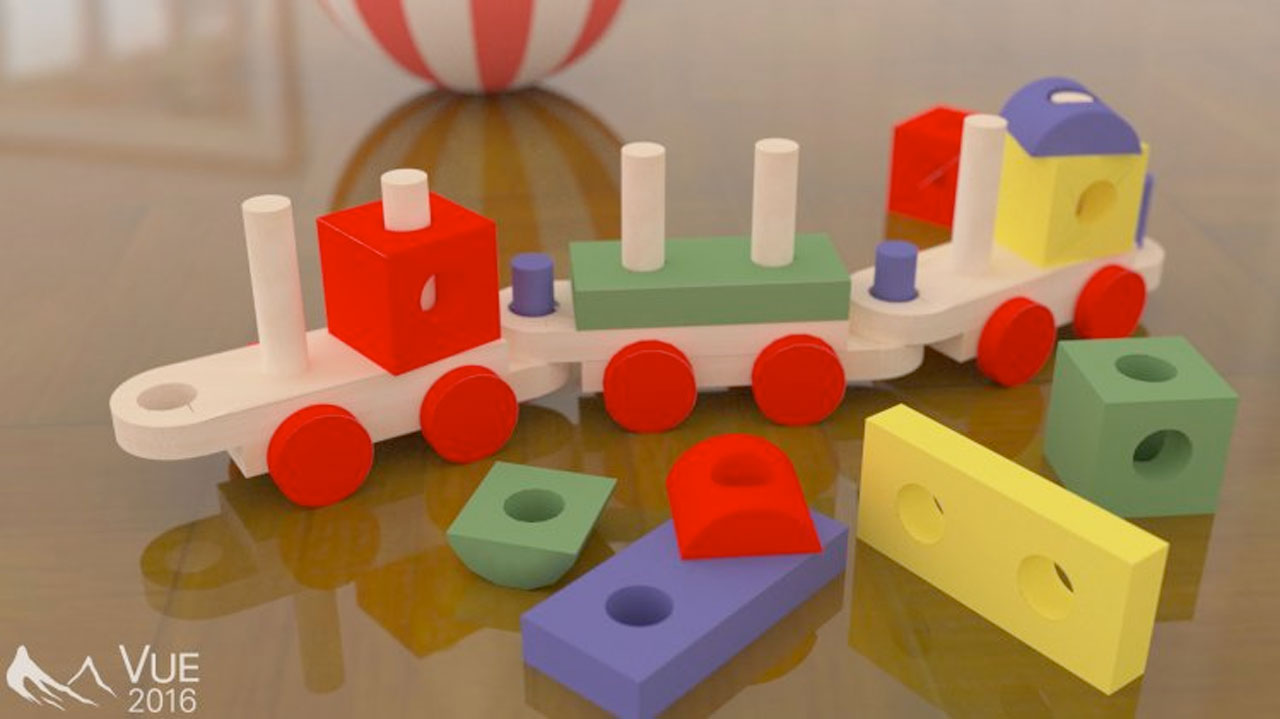 GPU rendering comes to VUE with the new Path Tracer renderer, when VUE 2016 is released later this year.  Plant Factory 2016 introduces the concept of Preset Variations to easily and quickly add more realism to your scenes.

VUE and PlantFactory 2016 Are Coming Soon

Here's a sneak peek at what's new in Plant Factory:

Preset Variations allow you to immediately include subtle differences to your plant (change the number of buds on a blooming flower, or its petal colors for instance).

This new feature allows you to easily add variety to create realistic environments with one single plant species!

Within VUE 2016, you directly get access to the PlantFactory species presets and variations within the Plant Browser, the Plant Editor and within your EcoSystem population list.

So, at every step of your scene creation process, you are able to select the species you want, the preset you want and the variations you want! 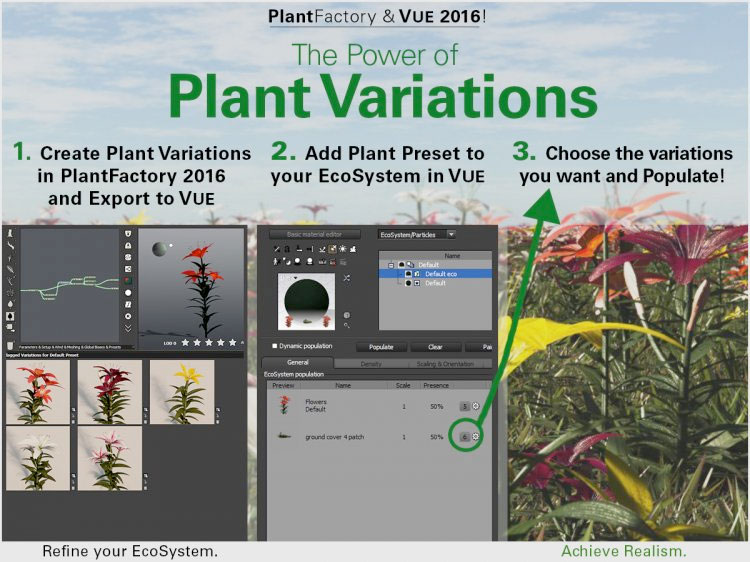 Here's a sneak peek at what's new with VUE:

This renderer naturally and automatically simulates real-life lighting, and automatically calculates many effects that have to be specifically set with other methods, such as soft shadows, depth of field, caustics, ambient occlusion, and indirect lighting.

Path tracing in VUE 2016 is available as an interactive rendering quality in the viewports, as well as an offline rendering engine.