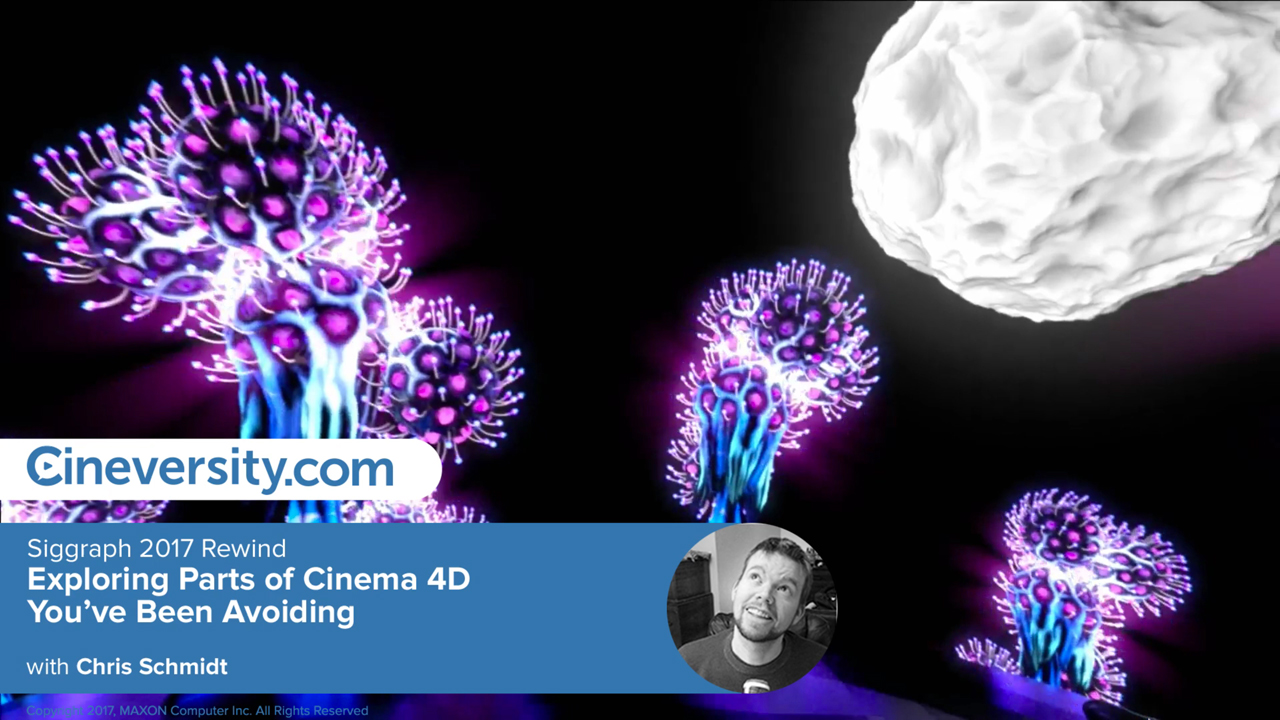 In case you missed it, you can find MAXON SIGGRAPH 2017 Rewind Volume 1 here.

In this presentation, Chris breaks down the process he went through to create some wickedly weird dancing trees for a music video – utilizing tools probably most of you have avoided because you thought they are too complicated.

Mike Winkleman, also known as Beeple from www.Beeple-Crap.com, shows some of his practices on how to create tunnel loops for Video DJ clips inside Cinema 4D.

Fourteen-year-old Winston Matthews has already created two Virtual Reality games with the help of Cinema 4D and Unity. In this live presentation, Winston shows some of the Cinema 4D techniques he’s used to create assets for his games.