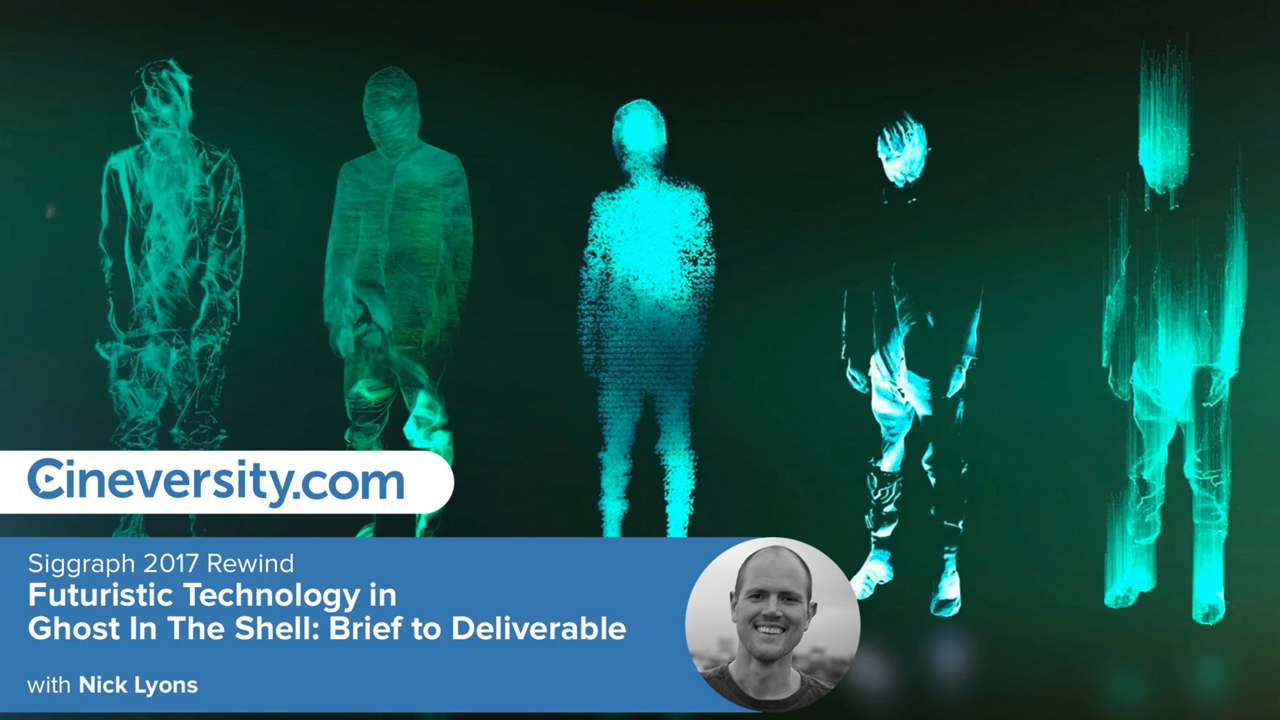 In case you missed them, you can find MAXON SIGGRAPH 2017 Rewind Volume 1 here and Volume 2 here.

Nick Lyons: Futuristic Technology in Ghost In The Shell: Brief to Deliverable

Nick Lyons from Territory Studios gives an overview of the  work Territory did for the film, Ghost in the Shell.

Siggraph 2017 Rewind – Nick Lyons: Futuristic Technology in Ghost In The Shell: Brief to Deliverable from Cineversity.

In this presentation, Greyscalegorilla founder Nick Campbell shows how he is exploring the new features of the Voronoi Fracture Object in Cinema 4D R19.