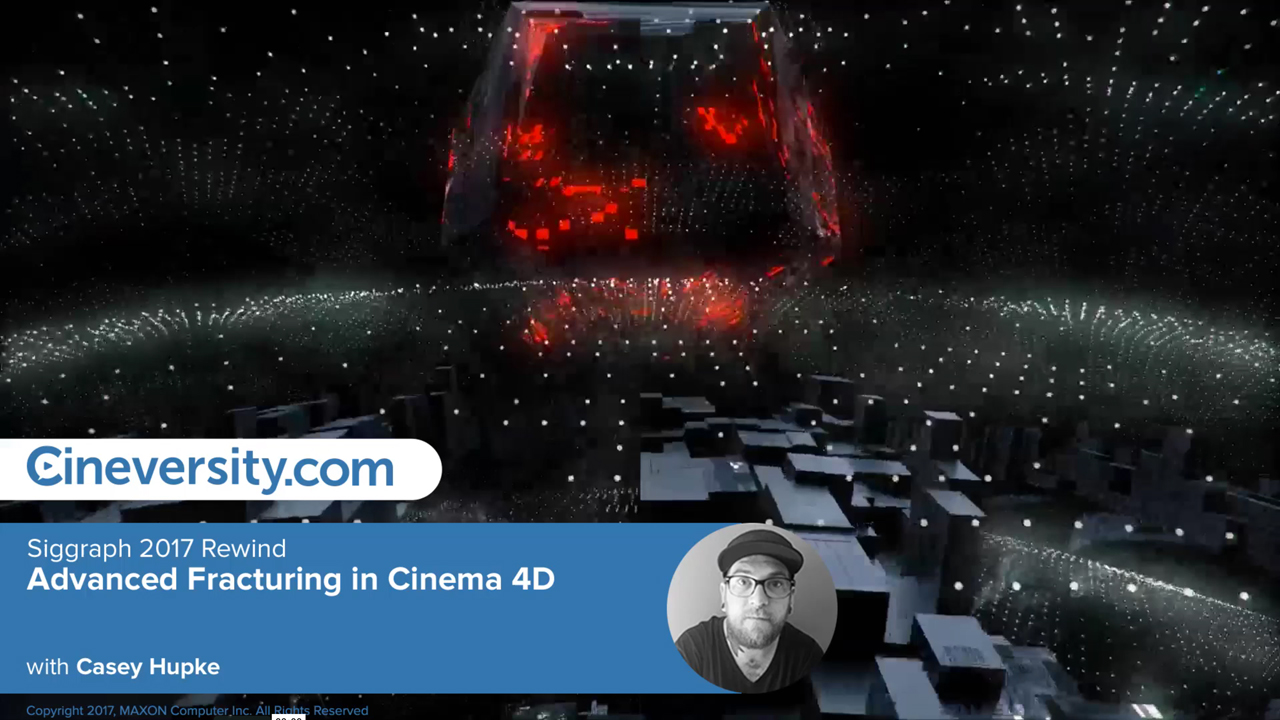 In case you missed them, you can find MAXON SIGGRAPH 2017 Rewind Volume 1 here, Volume 2 here and Volume 3 here.

Casey Hupke discusses and illustrates the enhancements of Voronoi Fracture added in Release 19.