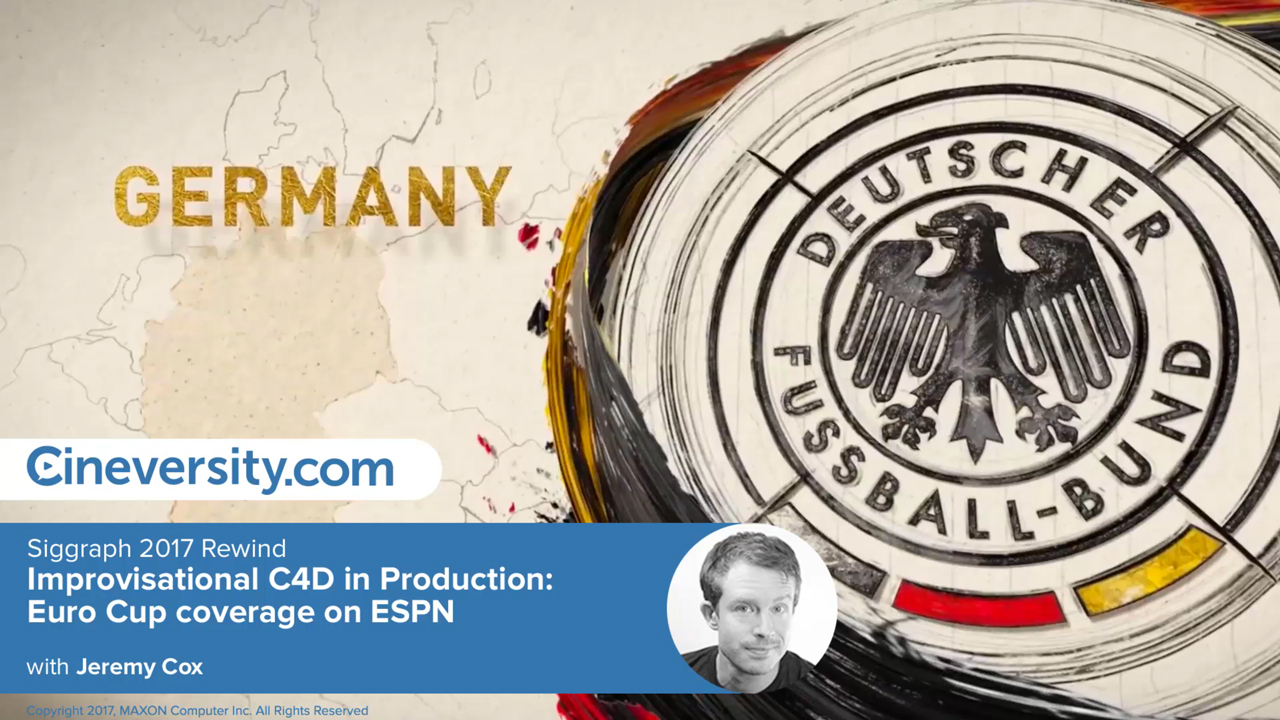 Jeremy Cox illustrates the improvisational creative process he and his team at Imaginary Forces went through to create the ESPN UEFA Euro 2016 package.

Mike Winkleman, aka Beeple from www.Beeple-Crap.com, gives us a presentation on how to create a stylized city in Cinema 4D using common modeling tools.

Rick Barrett from Maxon The Americas presents some of the top features coming in Cinema 4D Release 19 as well as a sneak peek at an upcoming Cineversity plugin which will add value to the new release.

For more info from SIGGRAPH 2017, check out our SIGGRAPH Roundup here.