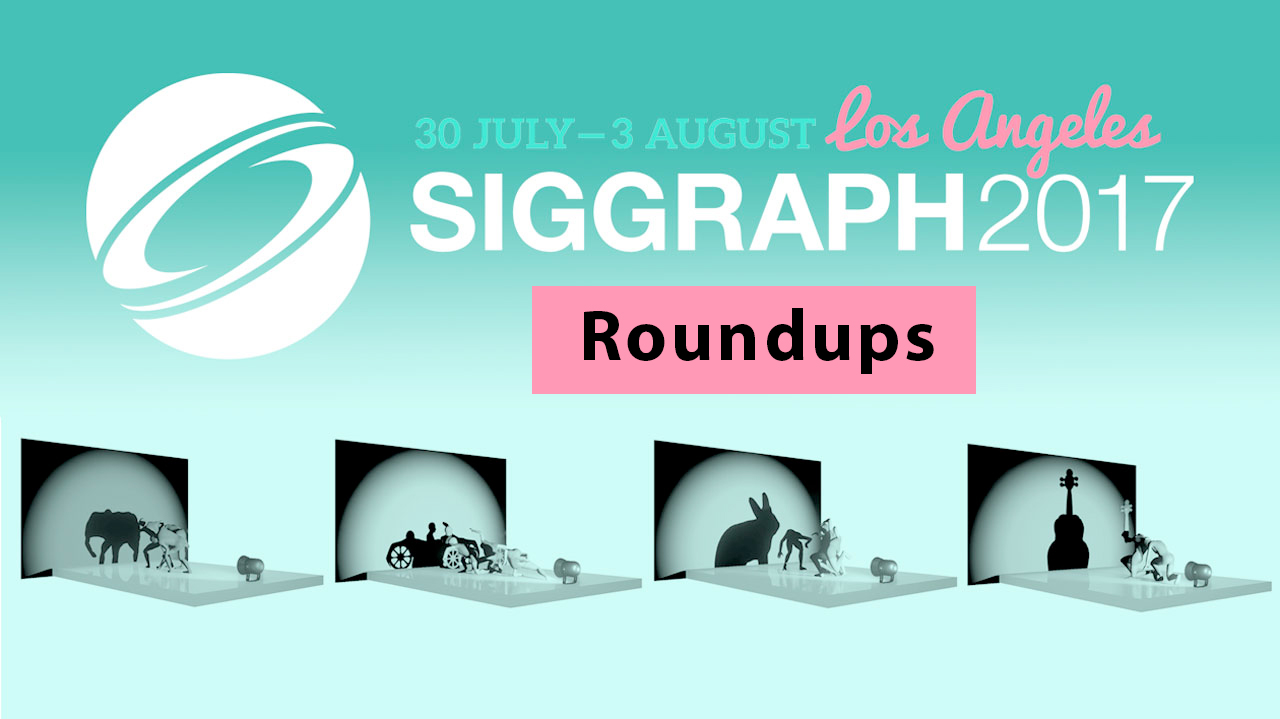 There is so much news coming out of SIGGRAPH this year, it’s hard to keep up. So we’ve compiled a bunch of videos and article excerpts with links, so you can find just the info you want.

3D Artist Online has compiled all the big announcements from companies like Allegorithmic, Autodesk, Chaos Group, ILM, MAXON and more.

This year’s SIGGRAPH has drawn to a close with 16,500 attendees from the US and 87 other countries worldwide, including Canada, China, France, Germany, Japan, Mexico, South Korea, New Zealand and the United Kingdom.

3D Artist were there this year, taking a look at over 600 papers, courses, lectures, panels, installations, artworks and experiences that were shared and culled from nearly 2,000 submissions from around the world. Over 1,800 speakers and contributors participated overall at SIGGRAPH 2017.

See what caught the GSG crew’s attention at the show and hear their first impressions on the soon-to-be-released Cinema 4D R19, in this podcast. 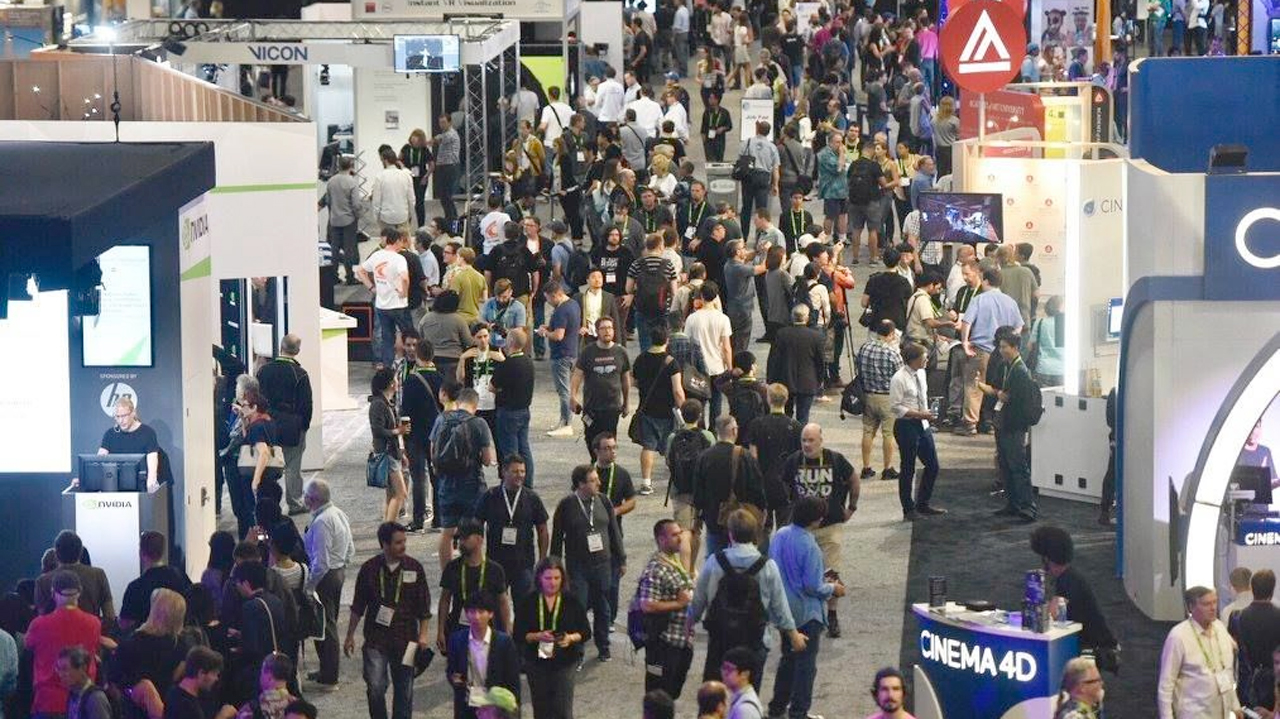 From real-time entertainment to the future of VR and beyond. Digital Arts takes you through the highlights of SIGGRAPH 2017.

Here’s an excerpt from the Digital Buzz article by Ian Failes:

The biggest buzz word this year at Siggraph – the annual computer graphics and interactive techniques conference – was realtime. It’s already been a large part of previous Siggraphs, but this time it seemed to be a part of everything on display: in animation, visual effects, virtual reality (VR), augmented reality (AR), robotics, gaming and of course in just about all the live experiences.

And live experiences were a major drawcard of the show, this year held in downtown Los Angeles. Many of the 16,500 attendees crowded the VR Village, Emerging Technologies and Art Gallery areas to get a glimpse of the future and ‘play’ with what was on offer. Other attendees were inspired by literally scores of feature film VFX and animation presentations (the conference has a long association with Hollywood), and from a raft of academic peer-reviewed material.

I came away from Siggraph greatly inspired by the innovations on display, and encouraged by what feels like a current resurgence in the visual effects industry.

Bryant Frazer at Studio Daily gives a wrap up of SIGGRAPH with a focus on machine learning, better VR and brain-controlled gaming.

Here’s an excerpt from the article:

Unlike the past few years, where design, visualization and simulation applications had somewhat eclipsed VFX at SIGGRAPH, 2017 was a showcase for emerging computer graphics techniques with real implications for media and entertainment. The standout trend was probably machine learning. As computational power becomes more affordable to the content creation industry, computers can increasingly be trained to evaluate and manipulate images in ways that used to require the intervention of a human artist. Facial recognition, real-time lip sync of rigged CG models, roto and depth-mapping are all tasks that can be dramatically simplified by smarter AI.

Brograph chats with Paul Babb, President and CEO of MAXON Americas, about the new features of the soon-to-be released Cinema 4D R19, changes under the hood and what makes the community great. 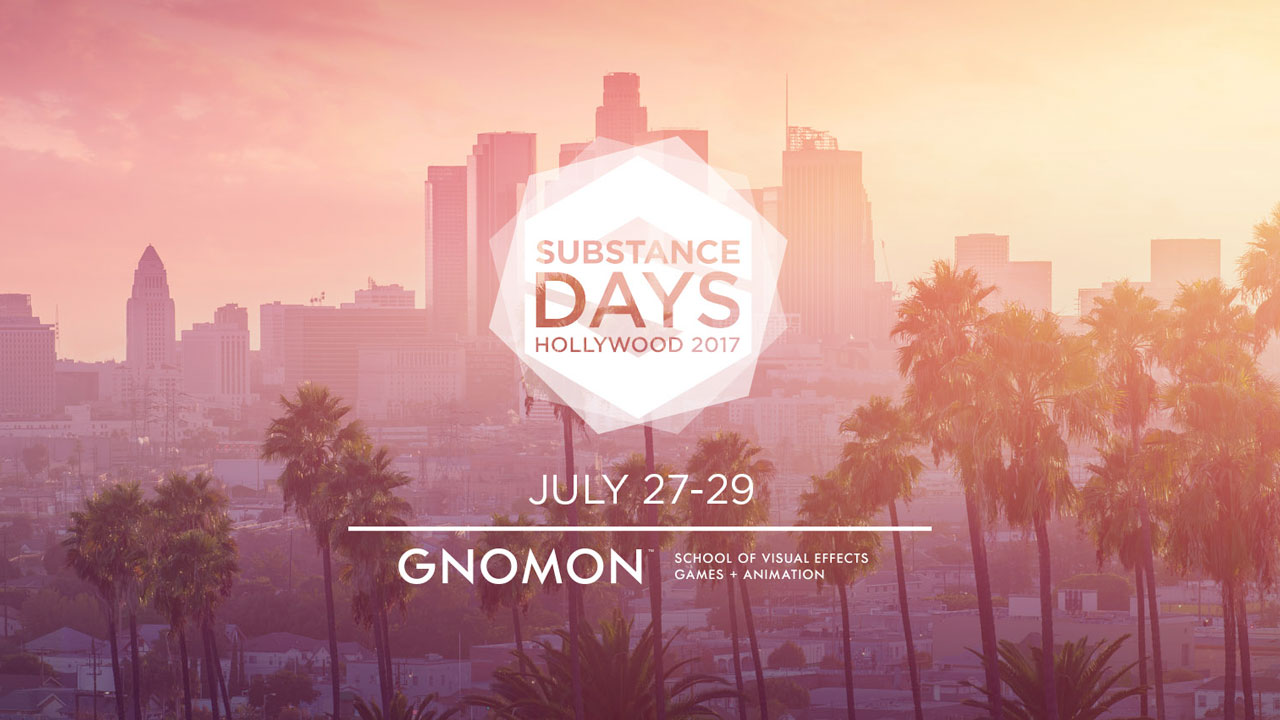 Allegorithmic had many big announcements at Substance Days, just ahead of SIGGRAPH 2017, including lots of new tools, new partnerships and the latest in R&D.  Animation World Network (awn.com) has a rundown of all the announcements.

…the second annual Substance Days Hollywood boasted a full three days of special Masterclasses from some of the most talented artists working in AAA games, networking opportunities with Substance users of all skill levels, and public sessions featuring artists from the games, VFX, and AEC industries.

Read the full article at AWN.com here and/or watch the keynote address. 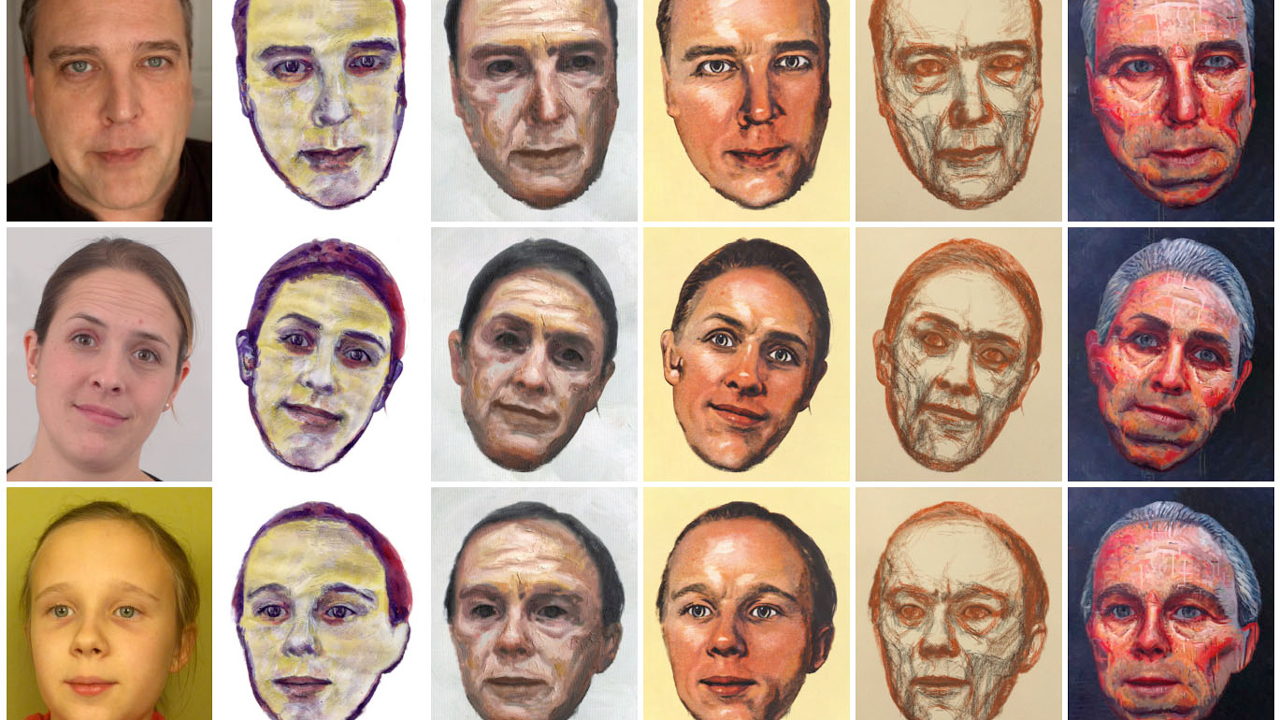 Adobe delivered a technical paper at SIGGRAPH 2017 called “Example-Based Synthesis of Stylized Facial Animations,” about creating Stylized Facial Animations based off an arbitrary example style, such as a painting.  Mike Seymour from FXGuide talked with Dave Simons, one of the authors of the paper, to learn more about the research behind the tech.

Adobe delivered one of the most impressive papers at this year’s SIGGRAPH technical papers. The essence of the paper is to build on previous research to provide Stylized Facial Animations based off an arbitrary example style, such as a painting. This paper is the basis of Jakub Fišer PhD at the Czech Technical University in Prague. This work is so impressive, it seems almost like magic, but in reality their clever solution takes advantage of some special aspects of faces, some core Adobe Photoshop tech and the previously published research that the team has been working on for some time.

We spoke to Dave Simons, Senior Principal Scientist at Adobe Research, and he has been with Adobe since Aldus Corporation was purchased by Adobe in 1994. He is one of the authors on the Adobe SIGGRAPH PAPER called Example-Based Synthesis of Stylized Facial Animations. 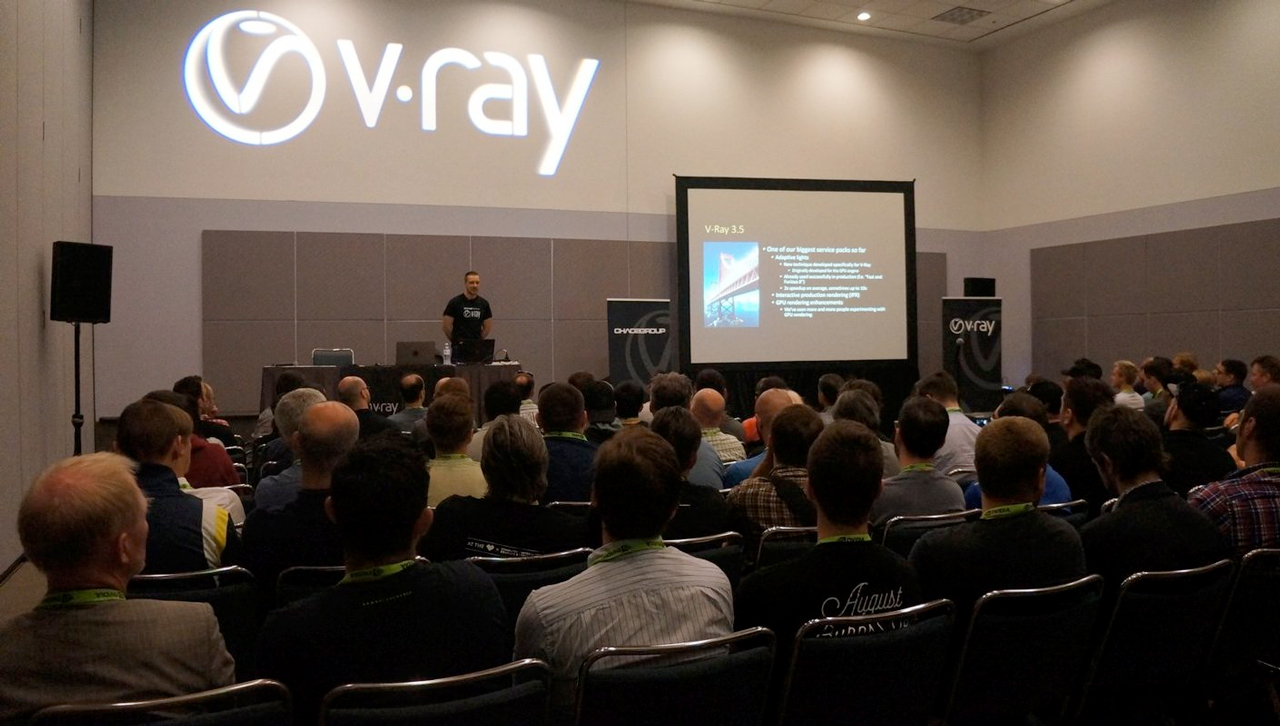 Netflix sci-fi drama Stranger Things was the talk of the town, the country, and the whole world this year. Taking us behind the scenes of the creation of the series’ menacing Demogorgon were the team from Aaron Sims Creative, who walked us through their sketch-to-screen process, which incorporates everything from original designs to final on-screen effects. They also covered their work on the foreboding four horsemen of the apocalypse for Stephen King’s The Mist.