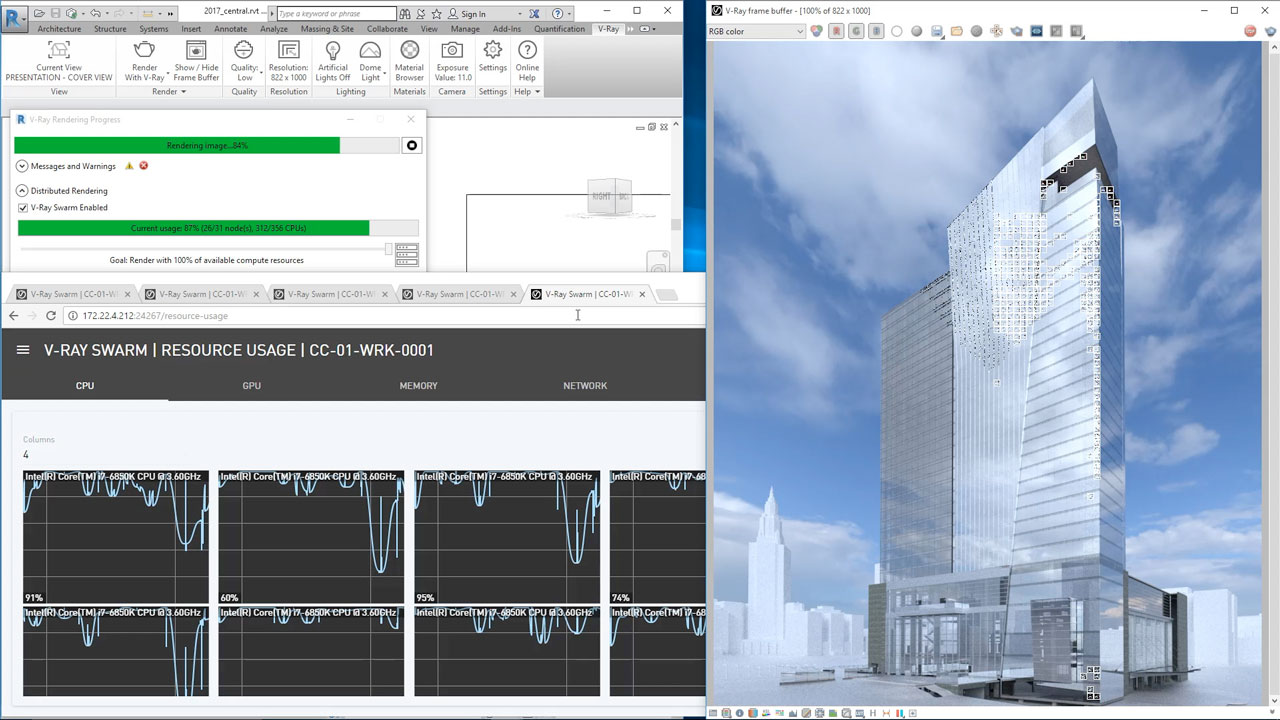 New to V-Ray for Revit, V-Ray for Rhino, and V-Ray for SketchUp, Chaos Group has introduced V-Ray Swarm, a new web-based Distributed Rendering.  You can now use every computer resource that your local network has to offer. Every machine on the network has the potential to contribute to the rendering, including administration and accounting computers.

Through a simple user interface, Swarm gives users the ability to capture all the compute power of their local network and render using either the CPU or GPU.  It can be used for final frame rendering or progressive rendering, and will drastically speed up workflow allowing for more design  iterations and feedback.

What is distributed rendering?

Distributed rendering (DR) is nothing new. It has been a part of V-Ray since version 1. The general idea is that renderings can be broken up into many little tasks. Render engines like V-Ray take advantage of this by distributing those tasks among the many cores (GPU or CPU) on your computer. The simplest way is by rendering small portions of the image, known as buckets. As each bucket is done, it moves on to the next one that is not being worked on by another core. Distributed rendering takes it a step further and adds more cores by talking to other computers on the network. Through the local network, it gets all the data that it needs to render a bucket, calculates it, sends that bucket back, and moves on to the next task.

Learn more about V-Ray Swarm, how it works and what makes it different from the old DR in V-Ray, here: Chaos Group V-Ray Swarm

More info can be found here: https://docs.chaosgroup.com/display/VRAYREVIT/V-Ray+Swarm
This page gives some basic information about what V-Ray Swam is and how to get it up and running.