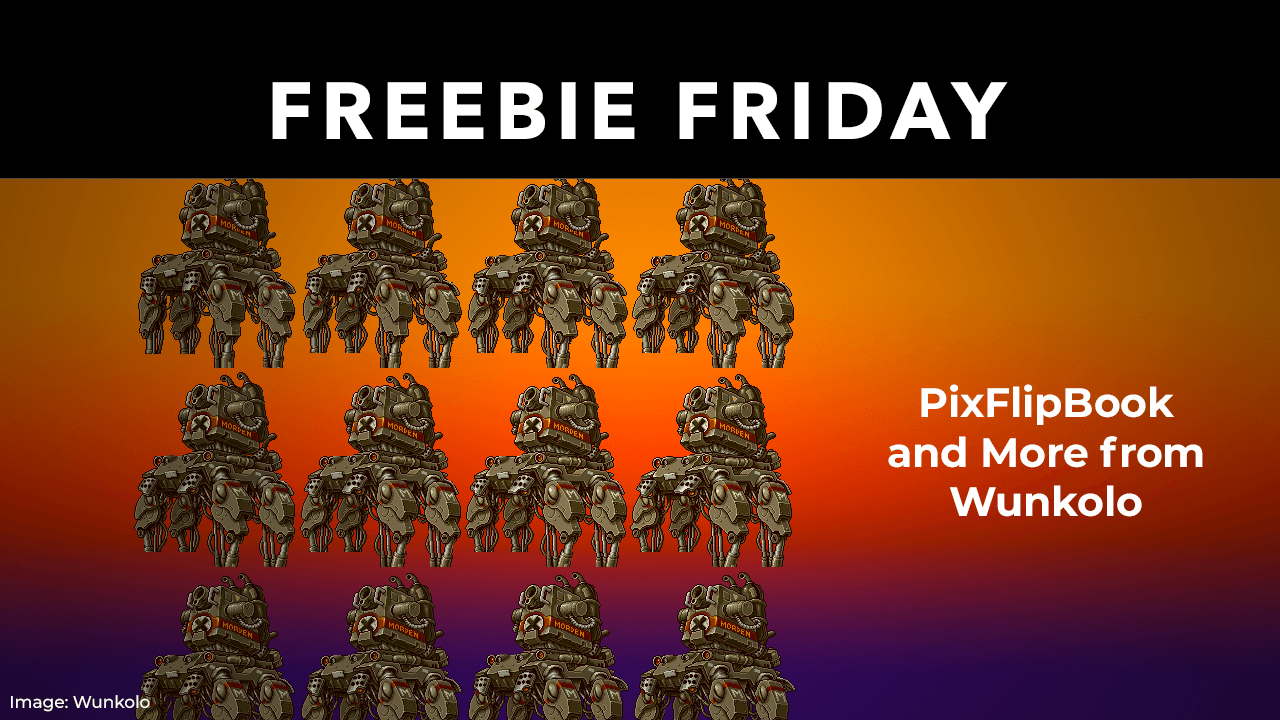 PixFlipBook, a sprite sheets tool for After Effects created by Wunkolo, sounded familiar to me. We keep an ever-growing list of items that we see on our newsfeeds, Twitter, etc., that we may want to post on Fridays for Freebie Fridays. Then, we decide which items to post, based on a number of criteria.

Anyway, as soon as I clicked the saved link, it all came back to me! I posted about PixFlipBook in 2018, and it was 4 years ago tomorrow, in fact! The original post was How to Convert After Effects Animations into a Spritesheet for Unity (Free and Quick). It featured a Sprite Sheet Generator Script for Photoshop, too, as well as PixFlipBook. Fun stuff!

PixFlipBook allows the interpretation of Sprite Sheet images as a native Adobe After Effects plugin. PixFlipBook brings the ability to use Sprite Sheets right into After Effects in the form of a native plugin for maximum efficiency. Each parameter can be fully animated using keyframes, expressions, or both! The generated sprite can then be positioned with an aligned point for additional control over the sprite’s location on screen!

PixFlipBook is a “name your own price” plugin, which means that if you can give the developer a few dollars, Wunkolo would appreciate it. The developer updated it to support After Effects 2022 but it supports as far back as CS5.5. In addition, it supports Windows and Mac OSX (10.11 minimum).

Wunkalo has several other After Effects plugins that you may want to check out, with a few in beta. Check out B.Carve (Beta), B.Map (Beta), B.Fringe (Beta), PixContour, and one that I definitely want to check out PixMap. The retro website gives me warm and fuzzy nostalgia about the early days of the internet. If you’re old like me, you’ll know what I’m talking about!