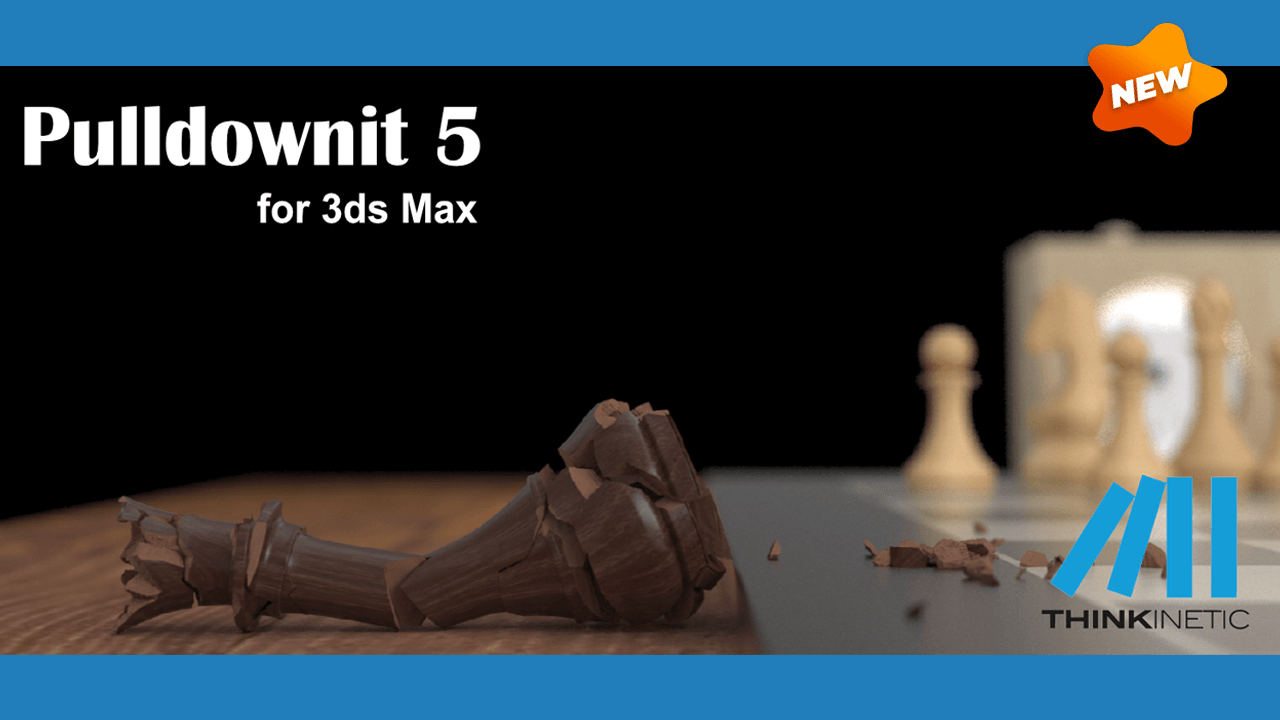 In addition, the update includes several other performance and usability improvements.

Read the full list of fixes in the Pulldownit Updates Tab 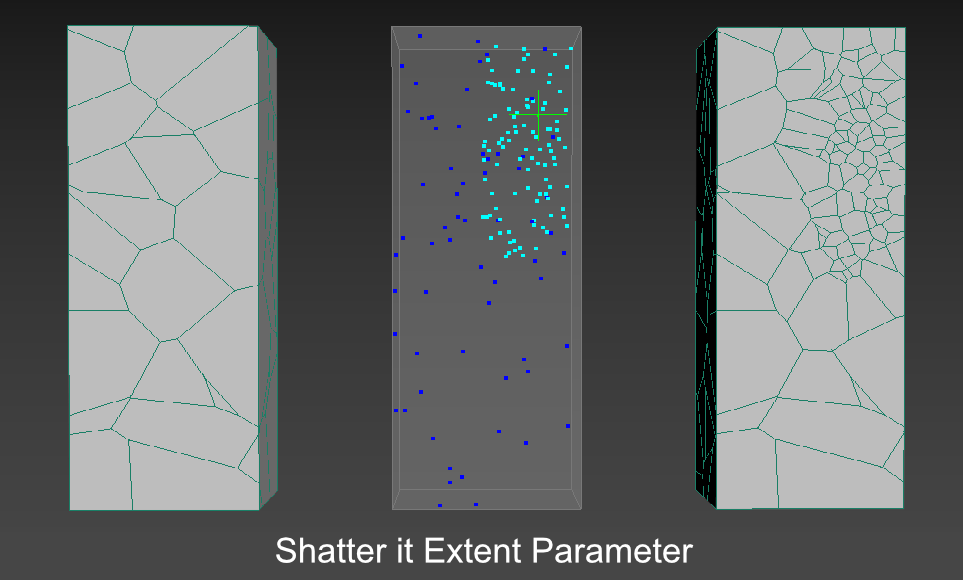 New Extent parameter for Shatter It tool. This new parameter allows shrinking the shatter region in a visual way. Easily increase the density of fragments in any area of the model.

New ability to exclude part of the curve in Shatter it. Simply drag the mouse to select the extent of the curve that you want to shatter. Do this as many times as needed. One single curve is enough for all reshattering operations. 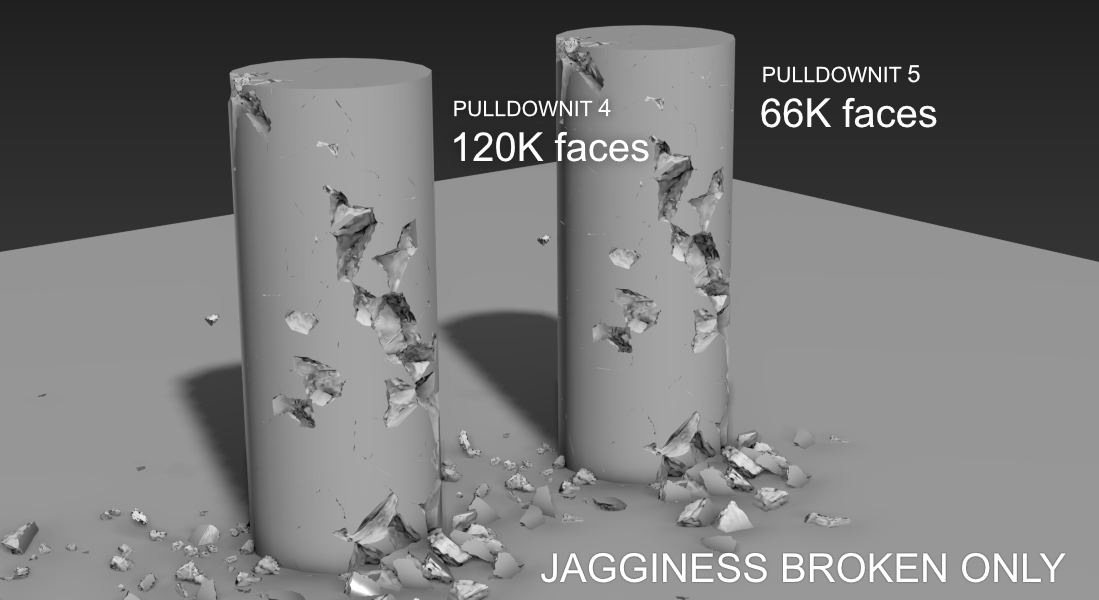 Jagginess applies to broken fragments only. By default Jagginess now only applies to the areas broken in simulation. In other words, get much lighter meshes for rendering or exporting it to game engines.

Improved quality of Fracture solver. Get more realistic cracks with small fragments without the need for further adjustment. 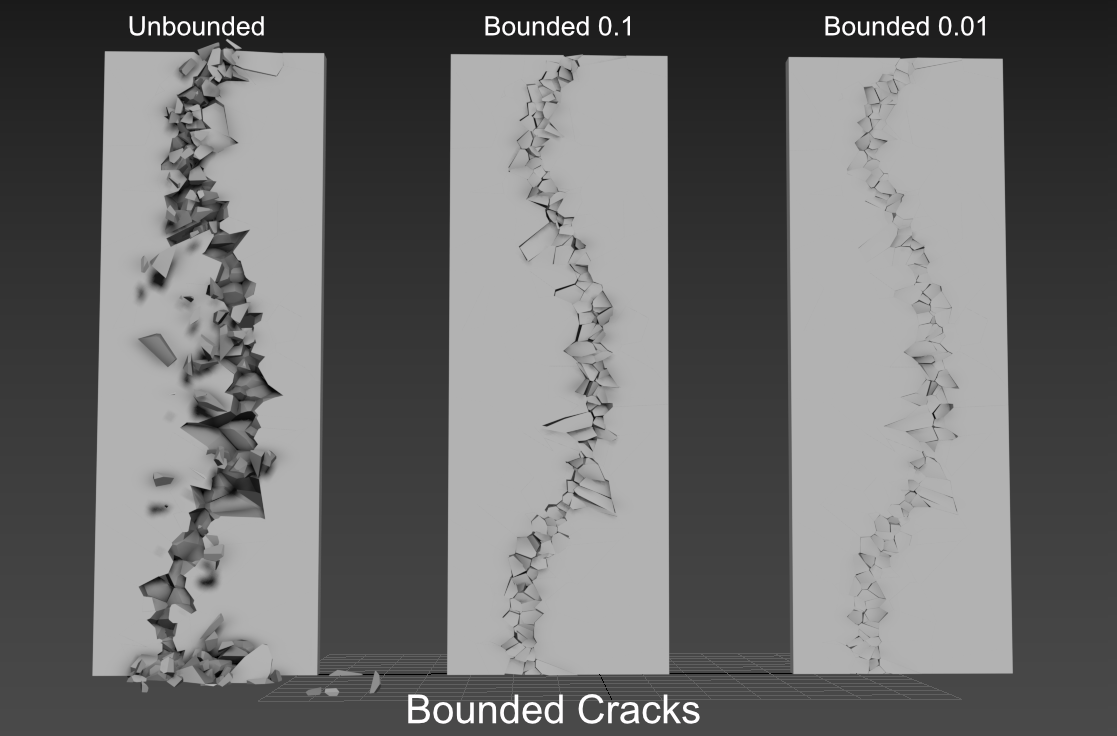 New bounded behavior for crackers. Control the distance that detached fragments can move. For example, make them stick on the surface or let them free and allow them to fall.

The new ability to reverse Cracker direction. Reverse a dynamic crack easily by clicking on the panel button.

Create fracture body 2x faster. Fracture bodies made of thousands of fragments in only a few seconds with a PDI solver.

Creating and modifying fracture clusters is an almost instant operation.

Stresses view “break at frame” clusters are now displayed in green color. In other words, quickly identify clusters set to break at frame (green) from the rest.