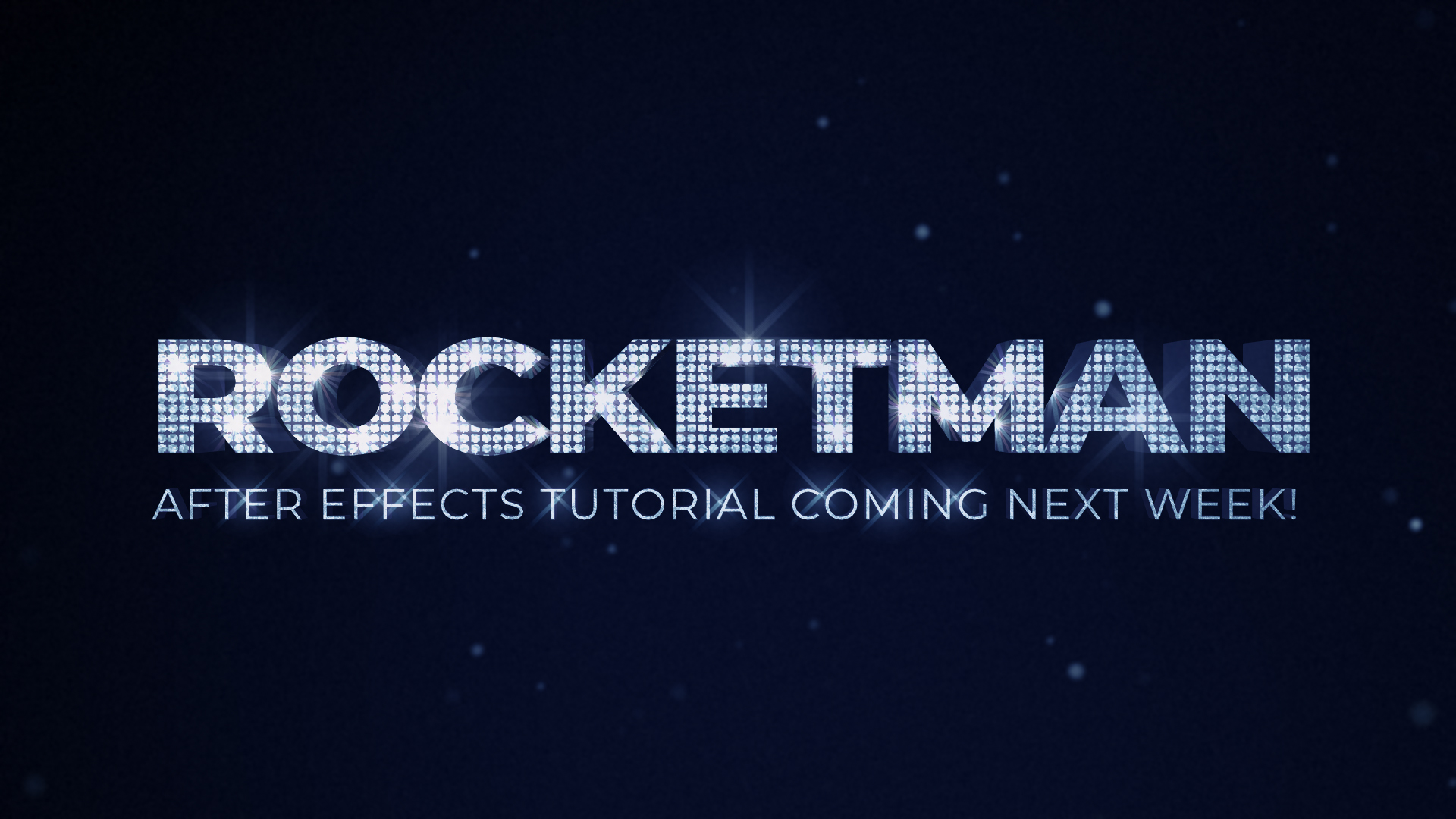 The film Rocketman, about the earlier years of Elton John’s career, was absolutely incredible. The title and end titles had a disco ball or sequined look to them. While this is not exactly like their titles, this Rocketman Inspired Title Tutorial is indeed based on the titles in the film. But, I put my own spin on it. They went together quickly in After Effects with the help of some amazing plug-ins. While I’m still finessing the look of it, this is a sneak peek of what’s coming next week.

If you haven’t seen the film, here’s the trailer.

Do you have an idea for a tutorial that you’d like to see at Toolfarm? Let us know!