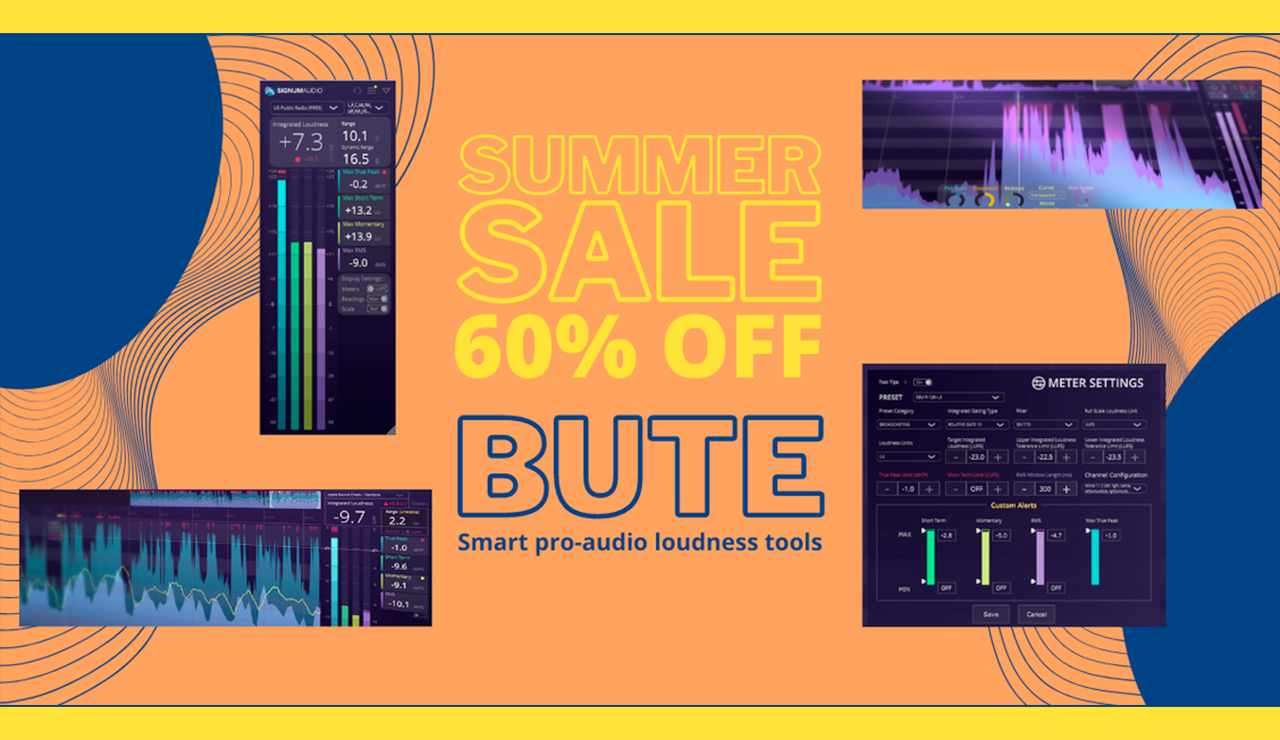 Save 60% on all Signum Audio products through August 31, 2022. Signum Audio creates smart plug-ins for dynamic workflows. Below, view the Signum Audio offerings. 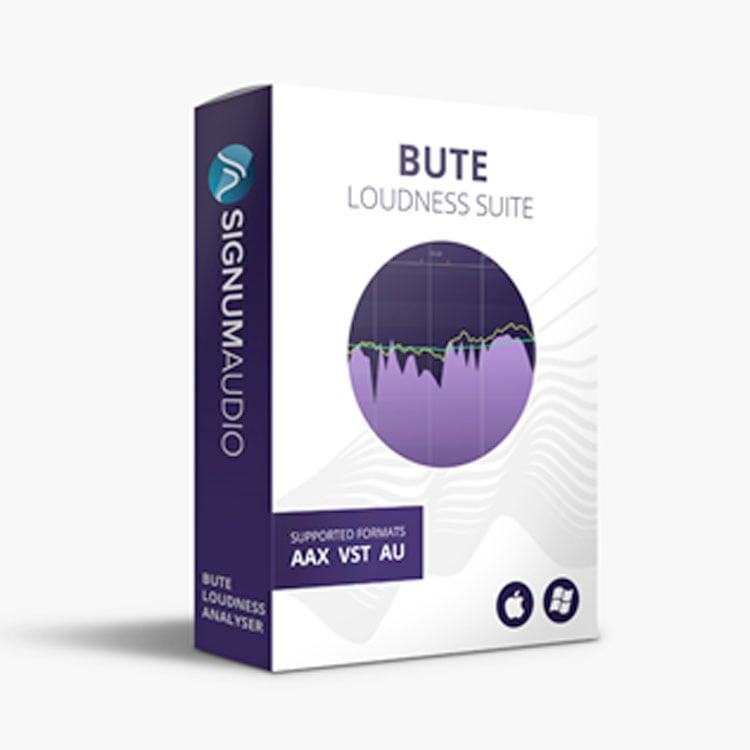 Ensure your audio is optimized with respect to broadcasting or streaming loudness standards which are included as presets. This toolkit includes all Signum Audio’s BUTE products with a True Peak limiting feature built into the core meter plugin.

A smart, integrated loudness metering and limiting toolkit for broadcasting, post, and game audio with a feature-rich, yet clean, user interface offering full interactivity and scalability. 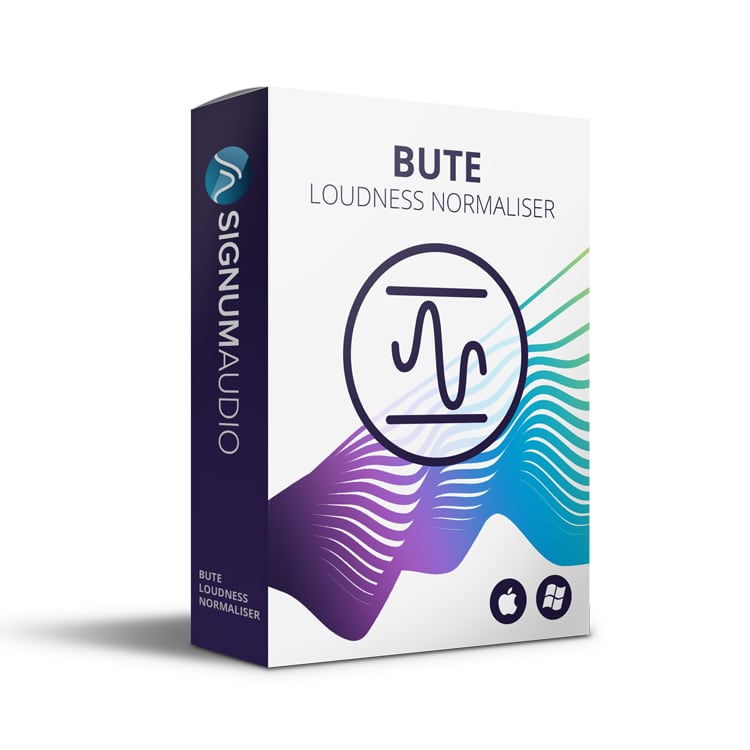 BUTE Loudness Normaliser is a cross-platform application that assists the final checks of the mastering journey. With our automated solution, you can rest assured your audio is loudness-ready for broadcasting or streaming in just a few clicks, and won’t be altered or rejected.

BUTE Loudness Normaliser is a cross-platform application that assists the final checks of the mastering journey. With our automated solution, you can rest assured your audio is loudness-ready for broadcasting or streaming in just a few clicks, and won’t be altered or rejected.

Our advanced metering algorithm has been optimised to deliver superior sound quality and accurate results. The integrated True Peak limiter helps ensure there are no overshoots getting through, whilst still normalising to target. Our novel limiting algorithm also provides absolute transparency. Due to our approach, the relative dynamics of your audio will be affected as little as possible and you’ll be left with consistent, compliant masters of your audio files every single time. 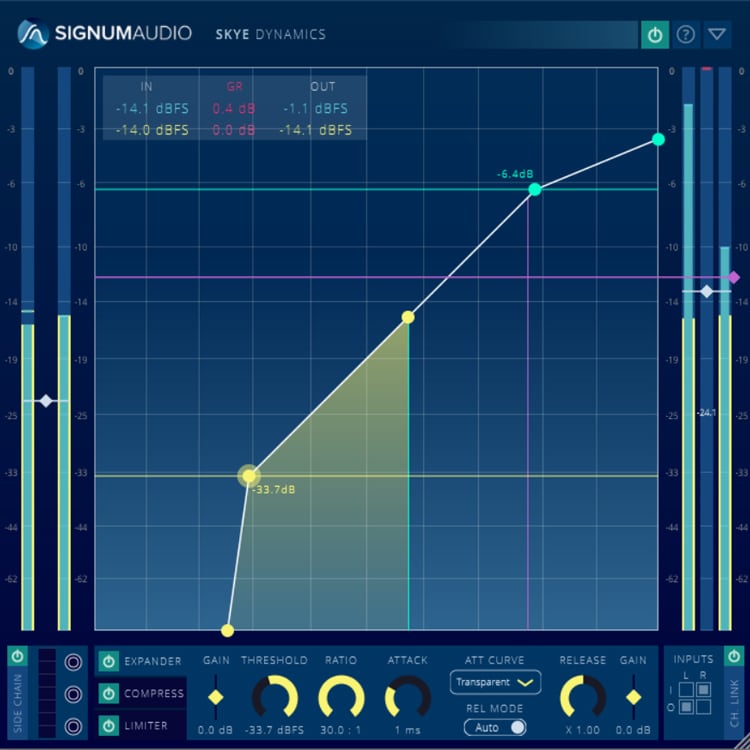 A 3-in-1 dynamics processor.

SKYE Dynamics is a multi-stage, 3-in-1 dynamics processor for music production. It comprises of an Expander, Compressor and Limiter delivering ultra-transparent processing.

With algorithms specifically designed for transparency, SKYE Dynamics delivers exceptionally low levels of distortion and saturation. SKYE Dynamics also features an advanced adaptive auto release and a selection of 5 envelope presets for each processor, making it a standout tool for mixing and mastering music. 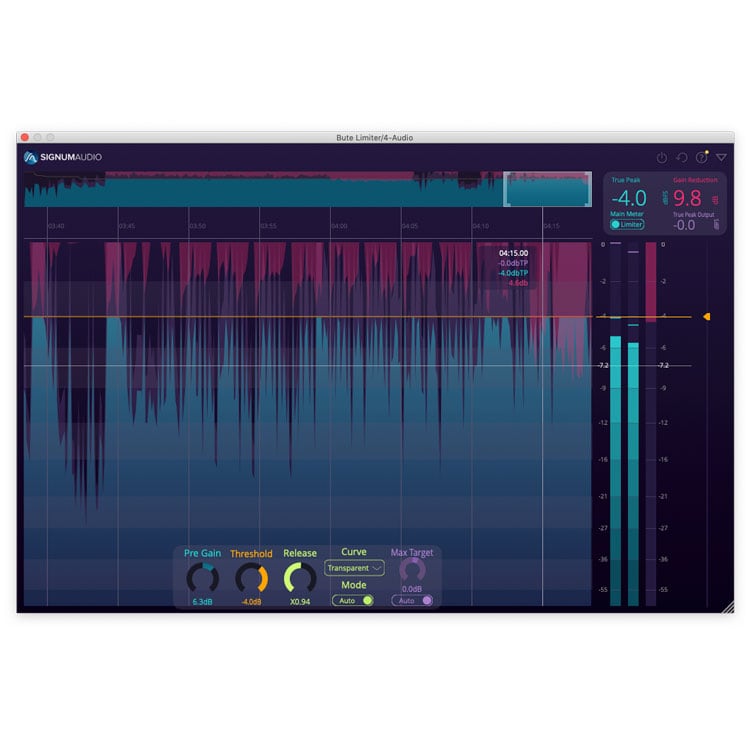 BUTE Limiter 2 delivers high fidelity, ultra-transparent True Peak Brickwall limiting with a streamlined and sleek user interface. BUTE’s focus is on eliminating distortion while retaining the characteristics of your audio in a natural way.

BUTE Limiter 2 includes a Pre Gain to push or reduce the incoming signal’s volume before Limiting as well as Post Gain that will be applied after limiting.

What they’re saying about BUTE

Gain reduction graph, automatic re-metering, and the most transparent and reliable True Peak Limiter I have used. This Bute plugin has been such a useful tool with my daily radio production for SiriusXM Satellite Radio. Very intuitive!

This is one of the most intuitive, informative and transparent limiters around.

The Bute Loudness Suite has become the most essential plugin in my Arsenal of tricks! It’s one of the most accurate and transparent plugins I’ve come across!

Overall, the Bute analyser plug-in is a very welcome addition to the field, and quite reasonably priced…. The Bute Loudness Suite is more expensive than the analyser, of course, but not excessively so, and the extra cost is easily justified by the inclusion of a very effective and genuinely transparent real-time brickwall limiter.

I would heartily recommend this plug-in whether you are mixing music, commercials, television or long-form as Signum Audio have produced a really clever but clear interface which will really help you manage the dynamics and loudness of your content.