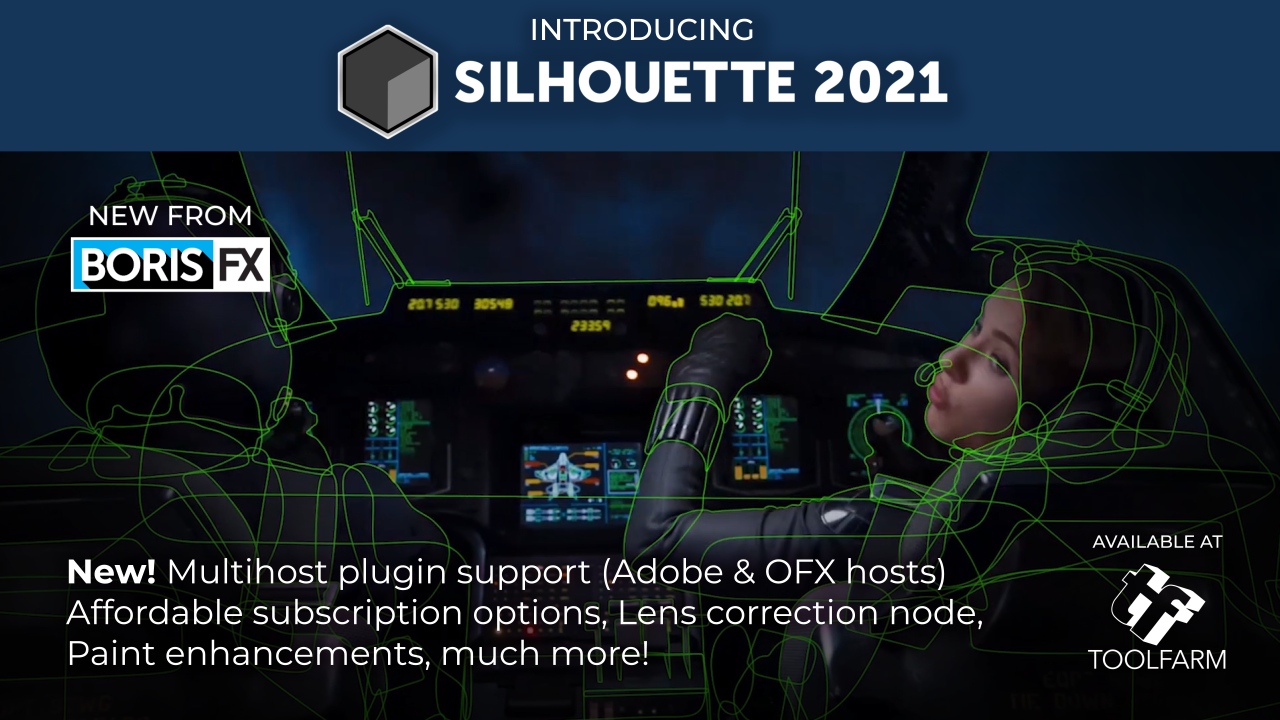 To summarize, Boris FX Silhouette 2021 includes a new plugin and major new features. Silhouette 2021 goes beyond traditional roto and cleanup as a professional node-based compositing system with 154 nodes designed for every finishing task.

Available as a standalone application or plugin for macOS, Windows, and Linux. New improved subscription pricing makes Silhouette more affordable than ever.

Paint and rotoscope artists can now access all of Boris FX Silhouette’s Academy and Emmy Award-winning tools as a plugin inside Nuke, After Effects, and other hosts.

Boston, Massachusetts, U.S.A — May 13, 2021 — Boris FX Silhouette is set to further cement its indelible mark on the world of film and television. The Academy and Emmy Award-winning advanced rotoscoping, non-destructive paint, and compositing toolset is now available as an affordable plugin to the post-production industry’s most popular host applications.

Artists who have previously relied on Silhouette as a standalone application on projects including Avengers: Endgame, Game of Thrones, Stranger Things, and The Mandalorian can now access the same powerful tools directly inside Adobe After Effects and Premiere Pro, Foundry Nuke, Blackmagic Fusion and Resolve, Autodesk Flame, and VEGAS Pro.

“The role of paint and rotoscope artists has become increasingly important as production values soar. Invisible effects work is a major component on every film and TV project — think matte painting, wire removal, digital make-up, and more,” says Boris Yamnitsky, President and Founder, Boris FX. “The ability to use Silhouette as a plugin directly inside host applications like After Effects, Nuke, and Resolve will dramatically change how these artists work. It also further aligns the Boris FX product family (Sapphire, Continuum, Mocha Pro) together and streamlines post-production workflows as artists can easily jump in and out of any Boris FX product without leaving their project timelines. The result? Major time-savings and greater collaboration.”

“Our goal with Silhouette 2021 was to create next-level editing tools to handle the most difficult roto shots,” states Marco Paolini, Silhouette Product Designer. “Complex shape animations are easier than ever before with the new gestural brush reshape tool, point grouping, collapsing, and distribution. Many of the new tools and enhancements, too many to mention, are a result of artist feedback from around the world.”

“Silhouette has always been the go-to software for getting the hardest roto, tracking, and paint tasks done. When you are faced with a difficult deadline it’s nice to know you can rely on a solid set of tools to help knock out the task in front of you,” remarks James Pina, LAIKA, RotoPaint Lead Technical. “With the new user-suggested features, it just keeps getting better and better every year without compromising the original spirit of the software.”

All Silhouette features are now available when launched as a plugin. (The previous Silhouette Paint plugin was limited to paint-only functions.) Artists now have access to the entire node-based workflow for roto, paint, tracking, warping, keying, and compositing in their host application.

Purchase an annual subscription to the Silhouette plugin for only $395/year or choose the Silhouette standalone application + plugin option for $695/year.

Notes assigned to objects (shapes, layers, trackers) can now be displayed in the Viewer. The convenient review and approval tool lets artists easily see notes provided by their supervisors.

No license required. See video above.

Customers on current subscription or upgrade and support plans receive a free update to Silhouette 2021. 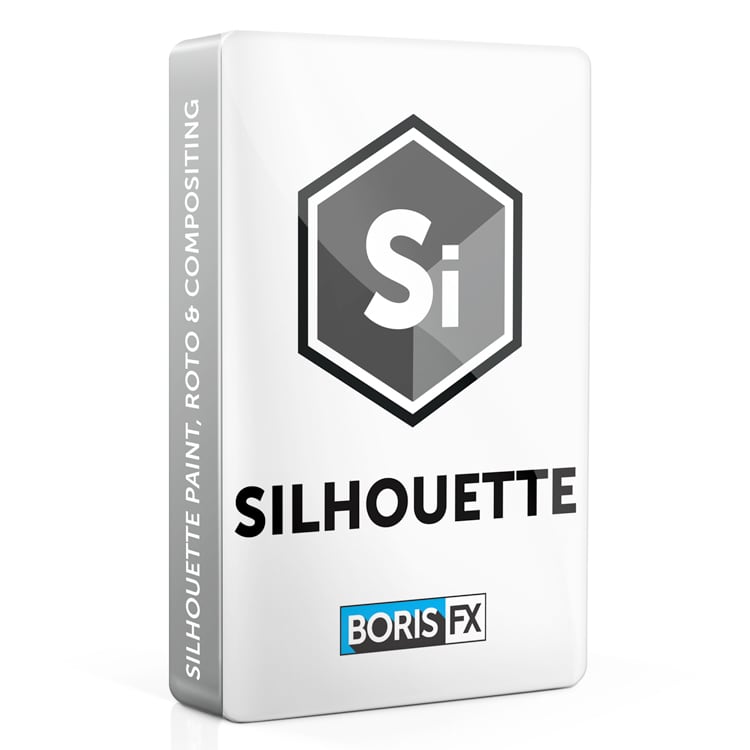 Silhouette 2021, Perpetual License, is a best-in-class visual effects tool featuring the industry’s most robust non-destructive paint and rotoscoping workflow for feature film and television post-production. Now available as a standalone application and a fully-featured multi-host plugin. 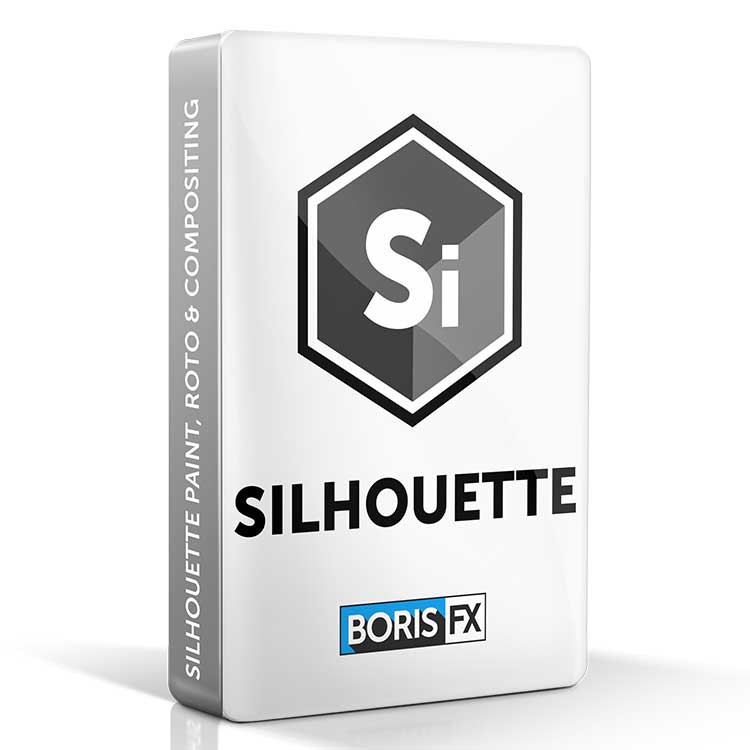 Silhouette 2021, Annual Subscription, is a best-in-class visual effects tool featuring the industry’s most robust non-destructive paint and rotoscoping workflow for feature film and television post-production. Now available as a standalone application and a fully-featured multi-host plugin.

Designed to make upgrading and budgeting for Boris FX products more convenient, the Silhouette Upgrade and Support Plan is an annual program that ensures you have access to the latest available features, increased licensing flexibility, and the support you need. Each purchase of a new License or an Upgrade includes the 12-month Upgrade and Support Plan.