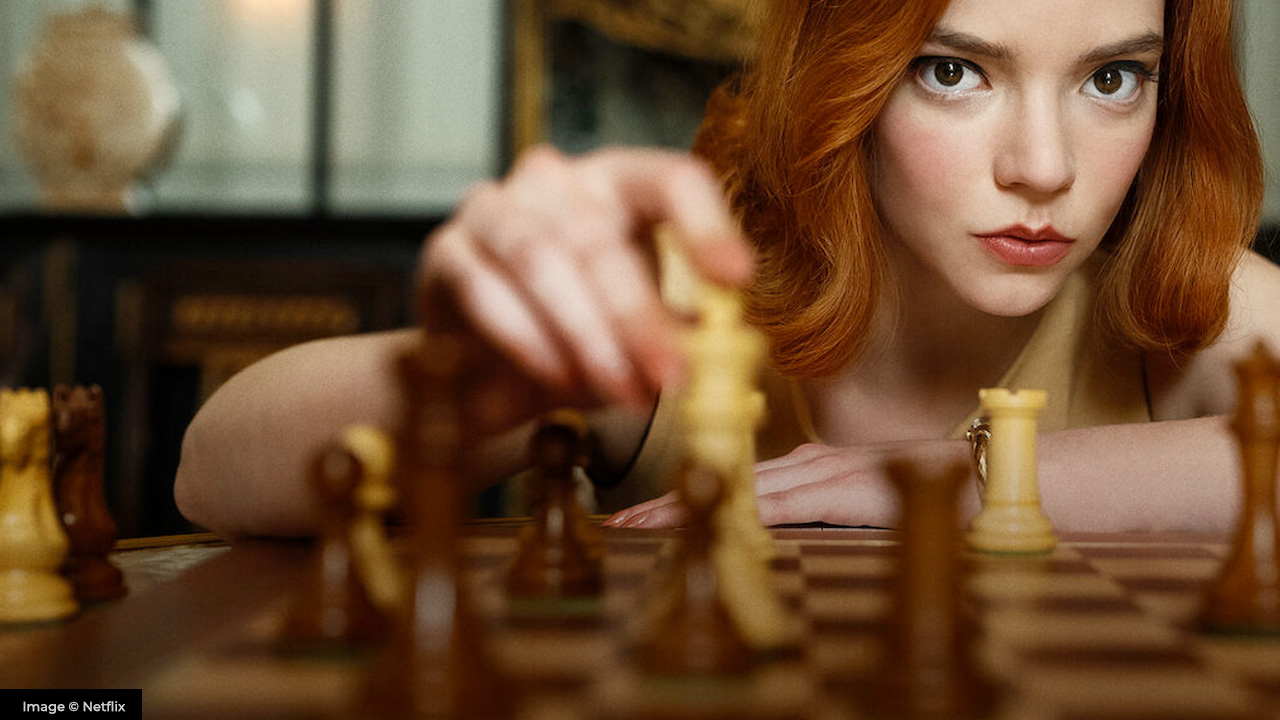 The Queen’s Gambit was phenomenally captivating. If you haven’t watched it, it’s about an orphan in Kentucky who learns how to play chess from the janitor at the orphanage. And, she’s a prodigy. The visual effects by Chicken Bone VFX include her visualizations of chess boards on the ceiling.

VFX supervisor Arissa Blasingame and VFX producer John Mangia got to know chess really well while working on the film, which included over 700 shots, as well as recreating the virtual location of Old Las Vegas. Those shots on the ceiling used LIDAR scanning, which captures precise measurements of the rooms and environments. “Using LIDAR we could stay true to DP Steven Meizler’s camera movements and recreate it in the effects stage.” (Source: How ‘Queen’s Gambit’s’ VFX Team Crafted the Chess Moves, Variety, Oct 28, 2020)

“Every time you see the chess on the ceiling or something happens when she mentally moves it with her mind, all this stuff is based on real movement,” explains Blasingame, whose company Chicken Bone FX designed the sequences. “We definitely learned [about the game] while.” (Source: ‘The Queen’s Gambit’: How the VFX team made the moves)

Chicken Bone VFX covers a lot in the impressive shots from the show, without spoilers.

The end titles from the show are captivating, and also from Chicken Bone VFX.

Want to Check out Software that uses LIDAR Scans?