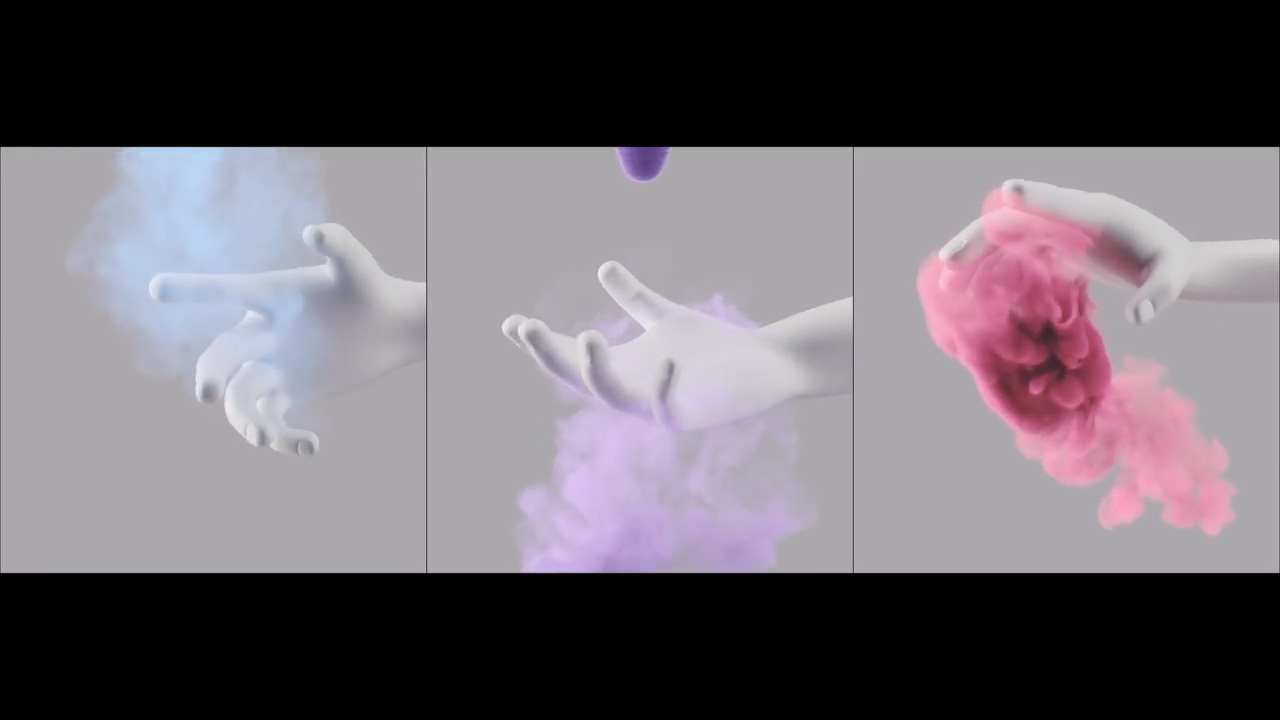 I came across this piece on Reddit in Cinema4D. This video contains some stunning and mesmerizing Cinema 4D work from Roger Kilimanjaro, aka Rémi Cabarrou, a Paris-based CG artist. These pieces are triptychs and include some really cool smoke, fluids, and particle work as well. These are compilations of his Instagram posts. In fact, by looking at the tags on his Instagram posts, I can see that he used Redshift. I don’t see any information about any plug-ins, though. Nevertheless, I can watch these over and over. It’s all incredibly inspirational!

A triptych (/ˈtriptik/) is a work of art in three panels or sections (Wikipedia: Triptych). I first came across the word at the Prado Museum in Madrid, looking at Dutch artist Hieronymus Bosch’s The Garden of Earthly Delights. Incidentally, someone made an animated version of Bosch’s famous piece, and we featured it in December 2016.See it here

Roger/Rémi has older Motion Triptych reels, as well as several tutorials that you may find interesting. Below, I’ve embedded a couple of videos, but go check out his YouTube Channel for more.

Below, an earlier compilation.

Above, I mentioned a tutorial. There are three parts. Links to parts 2 and 3 are below the video.

Don’t you just love the shiny perfection? And, yes, there is more!

Offer unprecedented content creation possibilities to the procedural animation toolset in MoGraph. The Fields feature in Cinema 4D R20 makes it possible to efficiently control the strength of the effect using any combination of falloffs. This includes everything from simple geometric shapes to shaders and sounds to objects and mathematical formulas. In addition, fields can be mixed and combined with one another in a layer list. Effects can be re-mapped and grouped in multiple Fields to control Effectors, Deformers, weights and more.

The OpenVDB-based Volume Builder and Mesher in Cinema 4D R20 offer an entirely new procedural modeling workflow. To explain, any primitive or polygon object (including the new Fields objects) can be combined to create complex objects using Boolean operations. In addition, volumes created in R20 can be exported sequentially in OpenVDB format and can be used in any application or render engine that supports OpenVDB.

More than 150 different node-based shaders offer customers a new and streamlined workflow to quickly and conveniently create shading effects from simple reference materials to highly complex shaders. Get started with the new node-based workflow with the existing standard material system’s interface. Node-based materials can be made available as parametric assets with a reduced interface.

The GPU-based ProRender in Cinema 4D lets customers utilize the power of the GPU to create physically accurate renders. For instance, key features such as Subsurface Scattering, motion blur, and multi-passes are now available. Other enhancements in ProRender include updated code, support for Apple’s Metal2 graphics technology and the use of out-of-core textures.

The modernization efforts of the Cinema 4D core architecture that MAXON announced in 2017 are now more tangible and mature. For example, there are significant API adaptations. There is also a new node system and the modeling and UI framework.