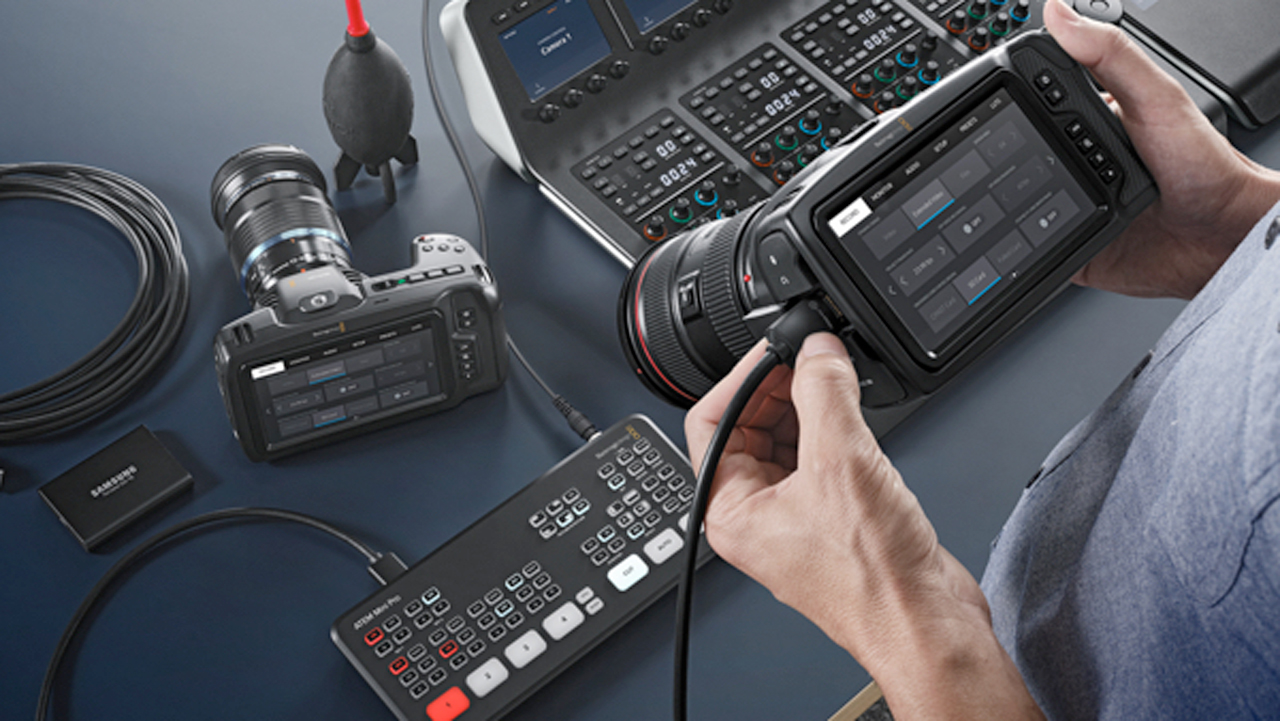 Blackmagic Camera 6.9 update adds powerful studio camera features to Blackmagic Pocket Cinema Camera 4K and 6K models. Now you can connect to an ATEM Mini or ATEM Mini Pro switcher and get control of the camera parameters, lens and tally light. ATEM Mini can control up to 4 cameras via the HDMI video connection and ensure all cameras are perfectly matched for a professional live studio workflow. Now the same Blackmagic Pocket Cinema Camera can work as a digital film camera and a studio camera!

Video and control is via the HDMI connection, which is available as soon as you plug the cameras in. The record light becomes a tally light so you can see which camera is on air! The ATEM Software Control camera page has a camera control unit (CCU) style interface for adjusting and matching your cameras. Move the CCU control vertically for iris and left to right to adjust black level. It’s the same as a broadcast CCU! There are also controls for color tint to balance camera as well as focus, gain and shutter speed. You can even ISO record Blackmagic RAW in the camera for editing later!
Setup is easy as Blackmagic Pocket Cinema Camera can be controlled from the ATEM Mini switcher, all via a single HDMI connection. When connected, the camera will change the record light into an on-air tally light! You can also control the lens iris, focus and zoom on supported lenses. There’s also a DaVinci primary color corrector that‚Äôs controlled via the ATEM Mini which can provide creative looks and styles that go well beyond simple CCU color matching. The camera will even switch video standards to match the ATEM Mini automatically! Then if you need to edit in the DaVinci Resolve sync bin for multicam editing, then ATEM Mini can preset matching timecode and trigger record on all cameras.
When plugged into the ATEM Mini switcher, the camera is switched into studio camera mode, so you can operate the Pocket Cinema Camera as a studio camera with features optimized for live production. One of the changes is the front mounted record light, which will stop being a record light and change to a tally light. That means your talent can see which camera is on air and make sure they look into the correct camera when presenting! On the rear LCD the camera operator will also see an on-air label letting them know when the camera is on air, as well as a preview label when the camera is selected on the preview bus. Of course on the LCD you can also see when the camera is recording! 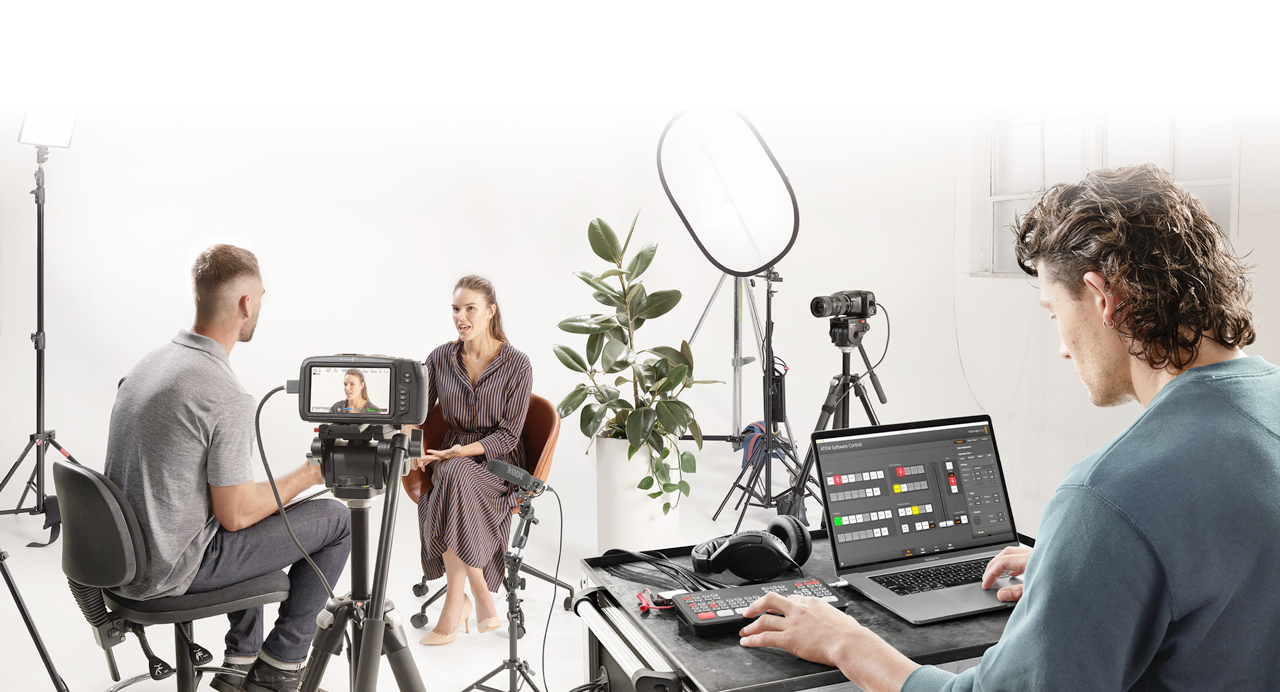 With in-camera DaVinci primary color correctors, it’s possible to add cinematic looks to live production. The built in color corrector is great for color balancing cameras, but you can switch from CCU to DaVinci color control and then really unlock the full color capabilities. Imagine live production with cinematic quality! You get full RGB adjustment for blacks, mids and whites, but you can also adjust the Y channel separately with DaVinci’s YRGB color corrector. This means it’s possible to create innovative styles such as pushing whites to get your images to really pop or you can use it for recreating vintage film stocks. You even have controls for contrast, hue and saturation!

Multi camera production is exciting as you can use multiple cameras connected to a switcher to select different camera angles in real time. Unlike shooting and editing, this means you can live stream! Live switching is also an incredibly fast way of producing programing, as when the event is finished the program is also finished and ready for distribution. There is no lower cost way to generate hours of high quality television programing! Now Blackmagic Pocket Cinema Camera can be used as a digital film production camera or a broadcast studio camera!