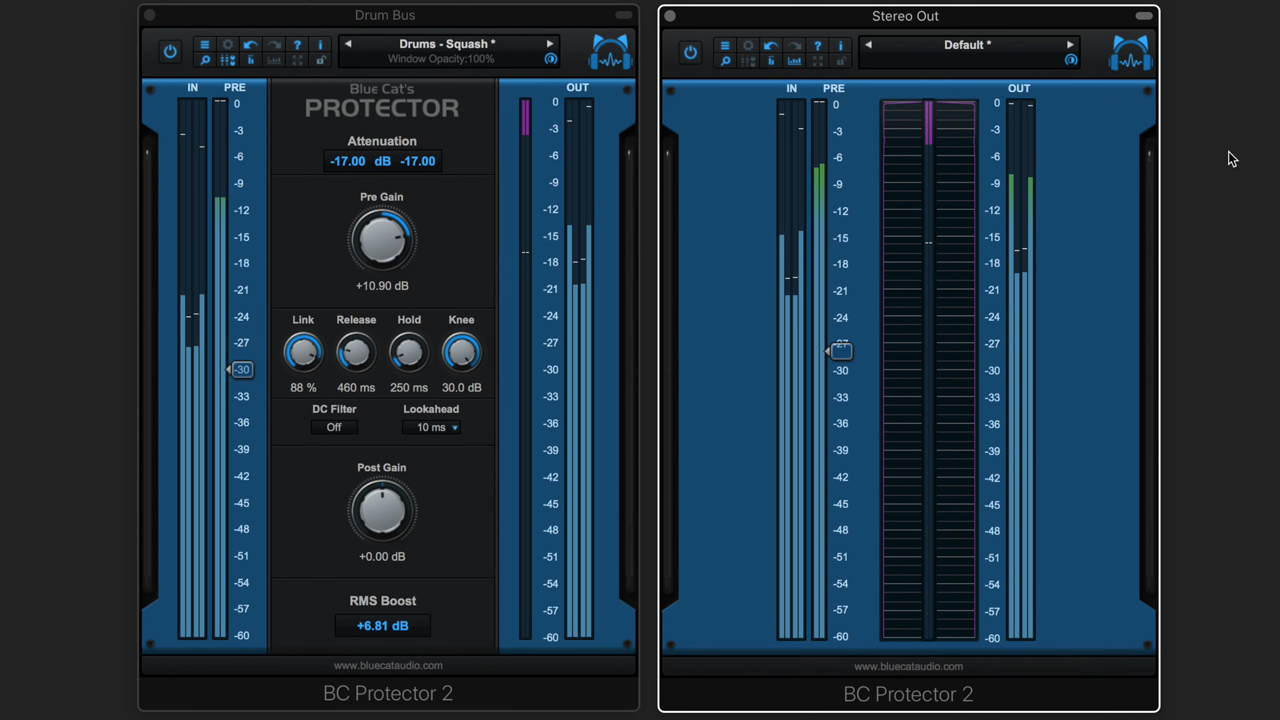 It will typically find its place on the master bus of your DAW to protect your audio output from overshoot, limit the general volume and improve the perceived loudness, thanks to a very transparent frequency response.

Despite its very simple set of controls, it offers a wide range of sounds and it is also suitable as a track limiter for more creative effects such as distortion, pumping or heavy limiting.

Warning: because of a bug of the initial VST3 release, this new version may not work with existing sessions that used the VST3 format. See this blog post for more details and how to fix it.