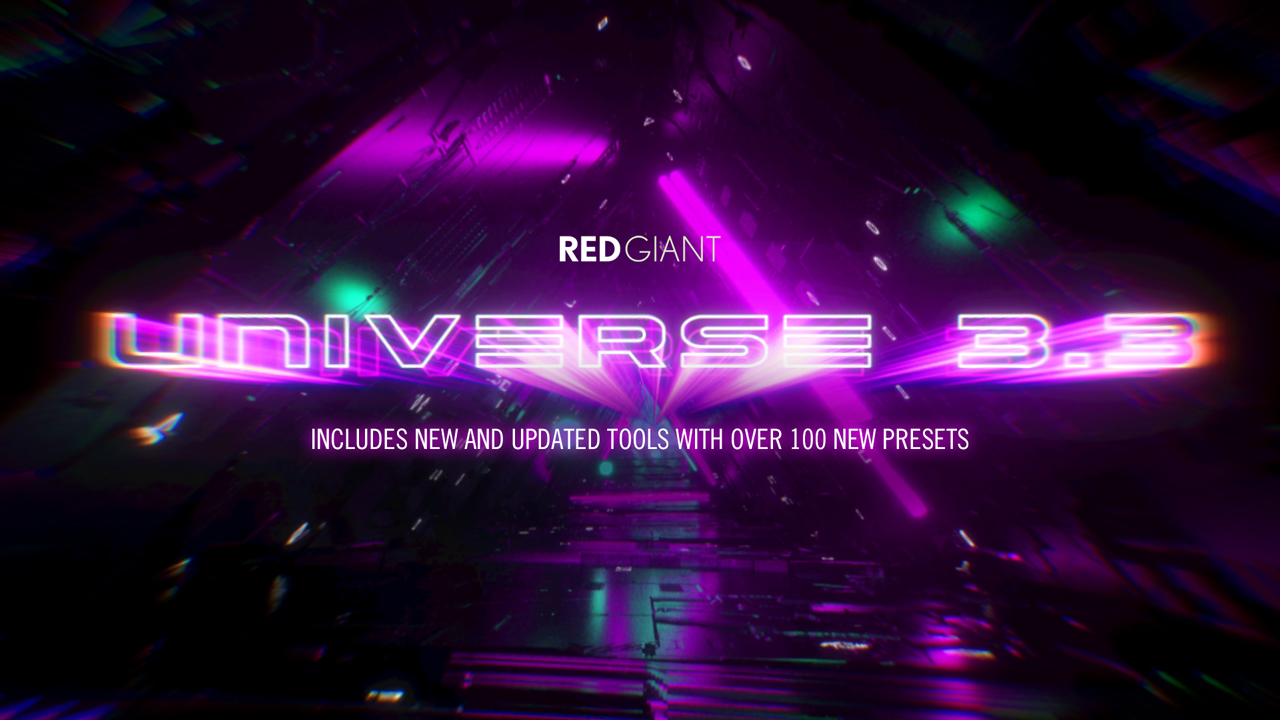 Red Giant has updated Universe, loaded with GPU accelerated plug-ins for editors and motion graphics artists, with 2 new tools, updates to 4 others, and more presets.

Universe is a collection of 89 GPU-accelerated plug-ins for editors and motion graphics artists.

This update includes 2 new tools and updates to 4 existing tools – not to mention a whole bunch of awesome presets to help get you started. With this release there are a total of 89 tools included in Universe.

BONUS: Modes is a great tool for any editor, but if you’re using Avid Media composer, which doesn’t offer blend modes on the timeline, it’s going to be a game changer.

Here’s what’s been added to each of the 4 updated tools:

If you already have Red Giant Application Manager installed, updating is simple. Just follow these steps: