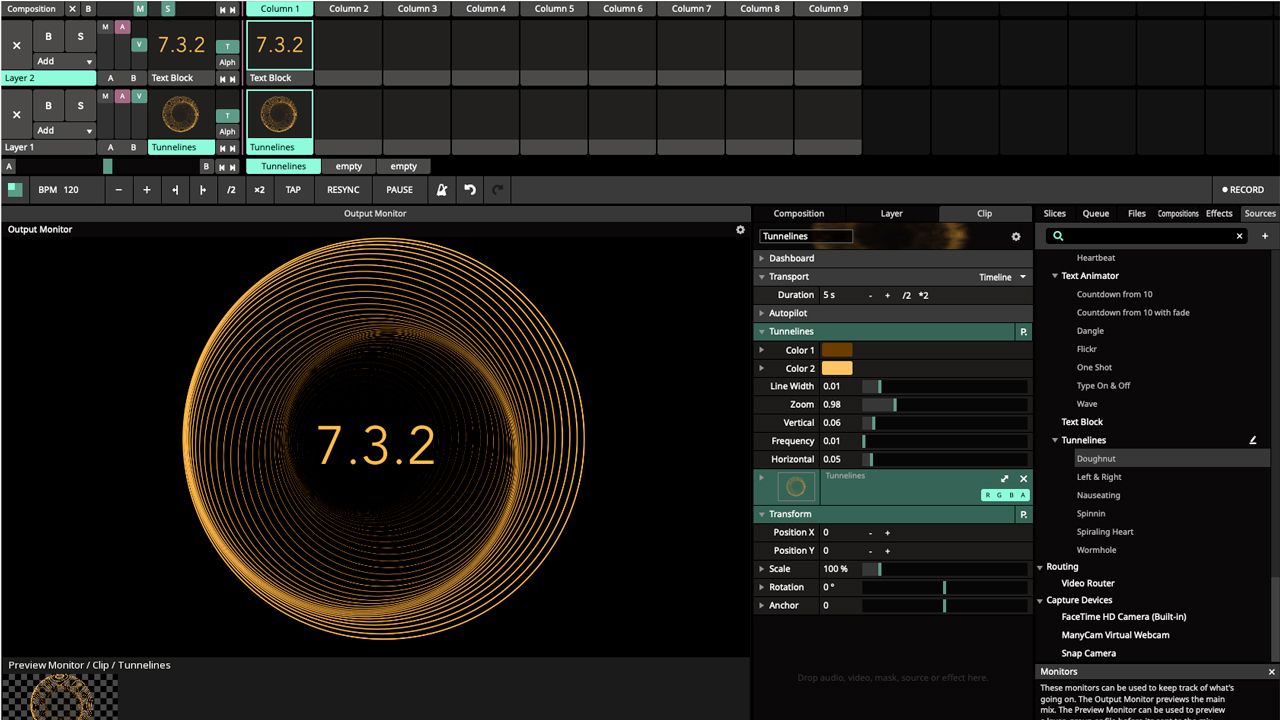 Resolume has updated Arena Media Server and Avenue VJ Software to v7.3.2.  There’s no new flashy features, but there are a slew of bug fixes.

Avenue is an instrument for VJs, AV performers and video artists. Avenue puts all your media and effects right at your fingertips so you can quickly improvise your live visuals.

Arena has everything Avenue has, plus advanced options for projection mapping and blending projectors. Control it from a lighting desk and sync to the DJ via SMPTE timecode.