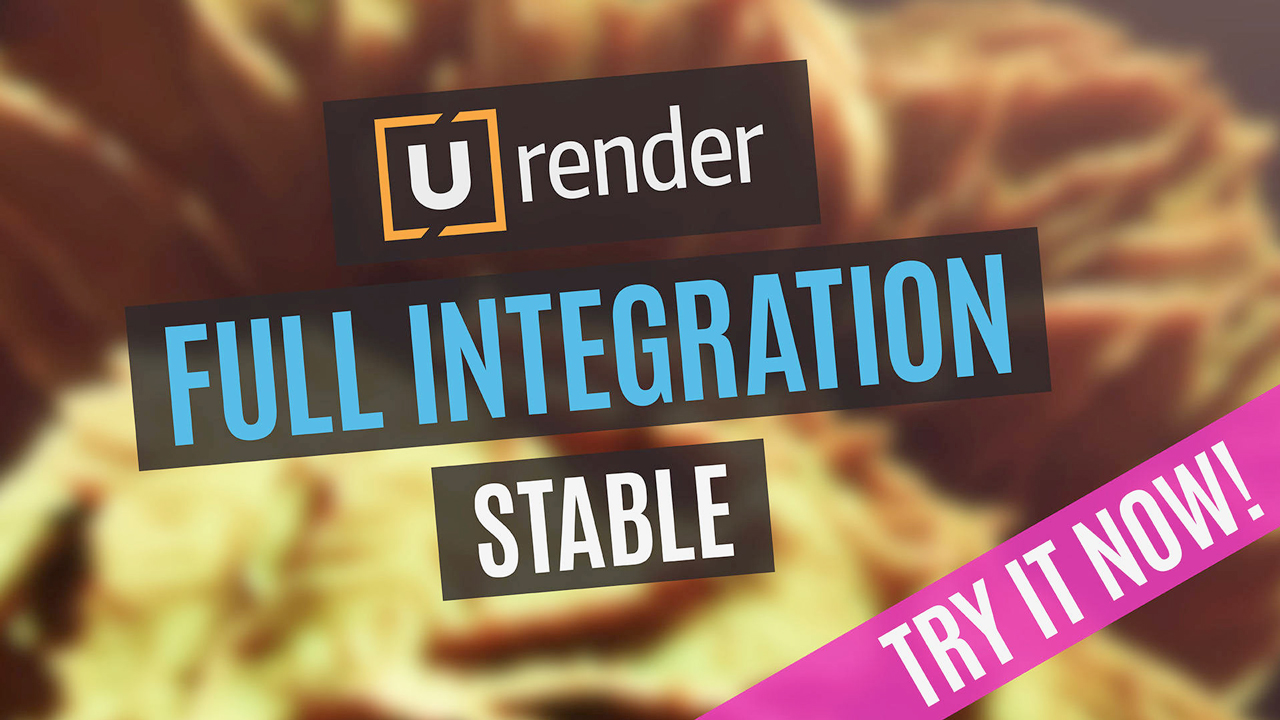 With this update, U-Render v2020.9.2 is now fully integrated into Cinema 4D R23. There’s also a new feature that adds RGB curves to the color correction post processing filter.  You can read the full press release about this update below.

U-Render 2020.9.2 is now fully integrated into Cinema 4D. You no longer need to have the standalone renderer running. With the full integration of U-Render into Cinema 4D you can now show the live rendering in the Cinema 4D viewport.

Following the release of Cinema 4D R23 made by Maxon last month, U-RENDER is now fullyintegrated into Cinema 4D and it also counts a new feature in the colour correction post processing filter.

Thanks to the full integration, it’s possible to work directly in Cinema 4D and use the live rendering in the C4D’s viewport. The standalone renderer is not needed any more for rendering but only for the activation of the software. This is a clear advantage for the workflow: no more interruptions for the creativity.

The new version of the real-time software U-RENDER has additionally some changes and improvements. In the feature related to Reflections, the screen-space reflections now show specular and environment reflections on reflected objects in order to expand the range of different styles available to be created by the user. As far as Volumetrics is concerned, shadow colours can be enabled to affect volumetric shadows as well to reach a more realistic result and some visual artefacts, caused by a mismatch of the volumetric clipping plane and the camera’s near plane are now fixed. Furthermore, the features about clear-coat’s glossiness/roughness texture and clear-coat’s environment reflection are now stable and working properly, to permit creating well-defined looking materials like car paints, varnished woods, coated metals and plastics.

“With this last release, we are also very proud to improve the full integration for our customers with a new feature.” said Benjamin Prader, U-RENDER COO. “The RGB curves are now part of the colour correction post processing filter, together with the otherfeatures of the category like the bloom, the depth of field, the chromatic aberration, the vignette and the tone-mapping.”