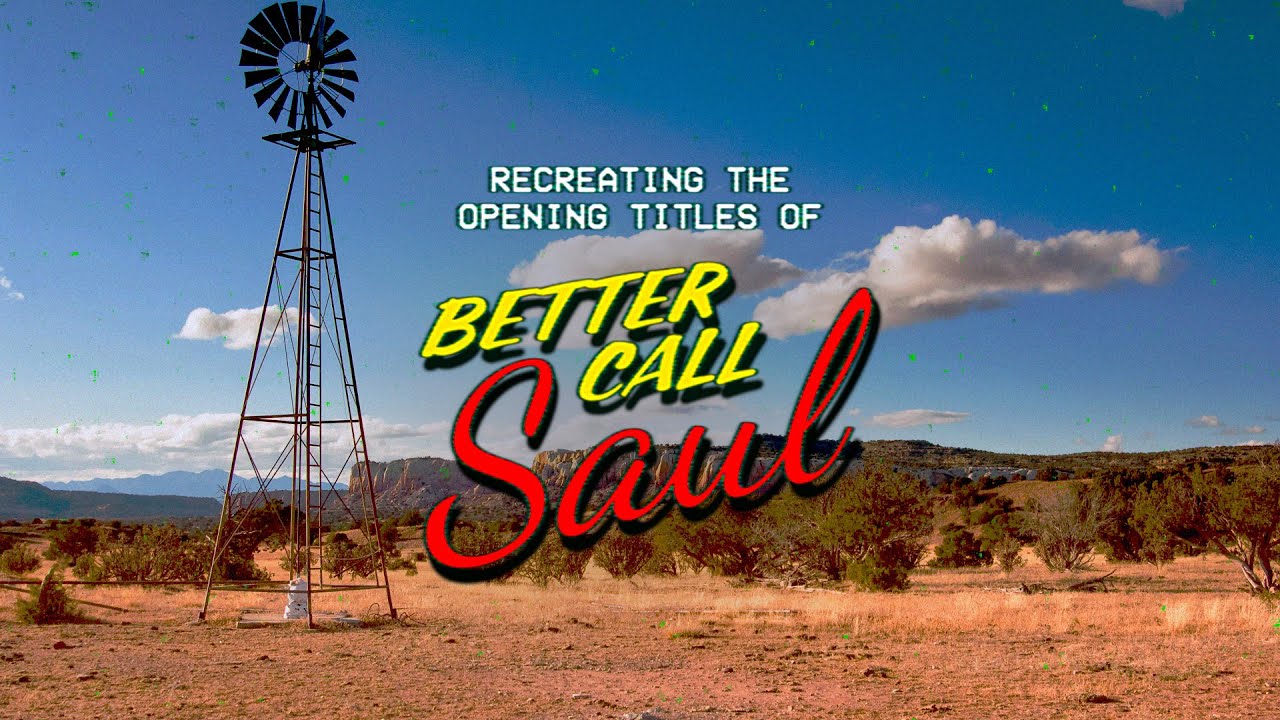 Because Seth Worley is a huge fan of the opening title sequence for the show Better Call Saul, he recreated it! In the tutorial, he uses some free fonts, iPhone camera footage, and Red Giant’s Universe AV Club! Seth actually worked on the AV Club plugin. In fact, Seth designed it to make your footage look crappy as if it’s from public access television. Below the video, read the press release for more information.

Below, we have a press release about the tutorial.

PORTLAND, Ore., Sept. 19, 2019. – Red Giant has just published yet another tutorial, this week’s being inspired by some of the (intentionally) worst motion graphics ever featured in an opening title sequence, those of Better Call Saul. Seth Worley is at it again, bringing his wit and hilarity to a useful tutorial that will have any aspiring motion graphics artist creating campy effects in less than five minutes. In the newest tutorial now available on Red Giant’s YouTube channel, Seth shows us how to recreate the purposely bad look of the Better Call Saul title sequence using free fonts, iPhone camera footage, and Universe AV Club.

“A couple of years ago I became obsessed with the opening titles of Better Call Saul. I didn’t just pore over every article about them I could find, nor did I simply recreate them on my own from scratch – I did those things – but I actually tried to make a plugin based on them. And with the help of much smarter and more talented people, that plugin actually went on to become a tool in Red Giant Universe called AV Club,” Seth recounts in the video. “AV Club is designed to make texts and logos look like they’ve been run through a crappy old switcher in a cable access TV studio. I’ve since used AV Club on pretty much everything. But now I’m thinking it’d be fun to show you guys how to recreate all the other stuff in the opening titles from Better Call Saul, and not just, you know, the titles.”

Don’t forget to check out Seth’s previous tutorials for Red Giant, how to recreate the Mind Flayer from Stranger Things Season Two and the Star Wars Force Push.

Red Giant is a software company made up of talented artists and technologists who collaborate to create unique tools for filmmakers, editors, VFX artists, and motion designers. Our company culture is focused on finding a balance between work and life – we call it “the double bottom line” – this philosophy helps us ignore complexity in favor of building simple tools that yield giant results. Over the last decade, our products (like Magic Bullet, Trapcode, Universe, and PluralEyes) have become the standard in film and broadcast post-production. With over 200,000 users, it’s nearly impossible to watch 20 minutes of TV without seeing our software in use. From our experiences as artists and filmmakers, we aspire to not only provide tools for artists but inspiration as well. Watch our films, learn from over 200 free tutorials, or try our software.