Burning Question: How do I create and work with super slow-motion footage? 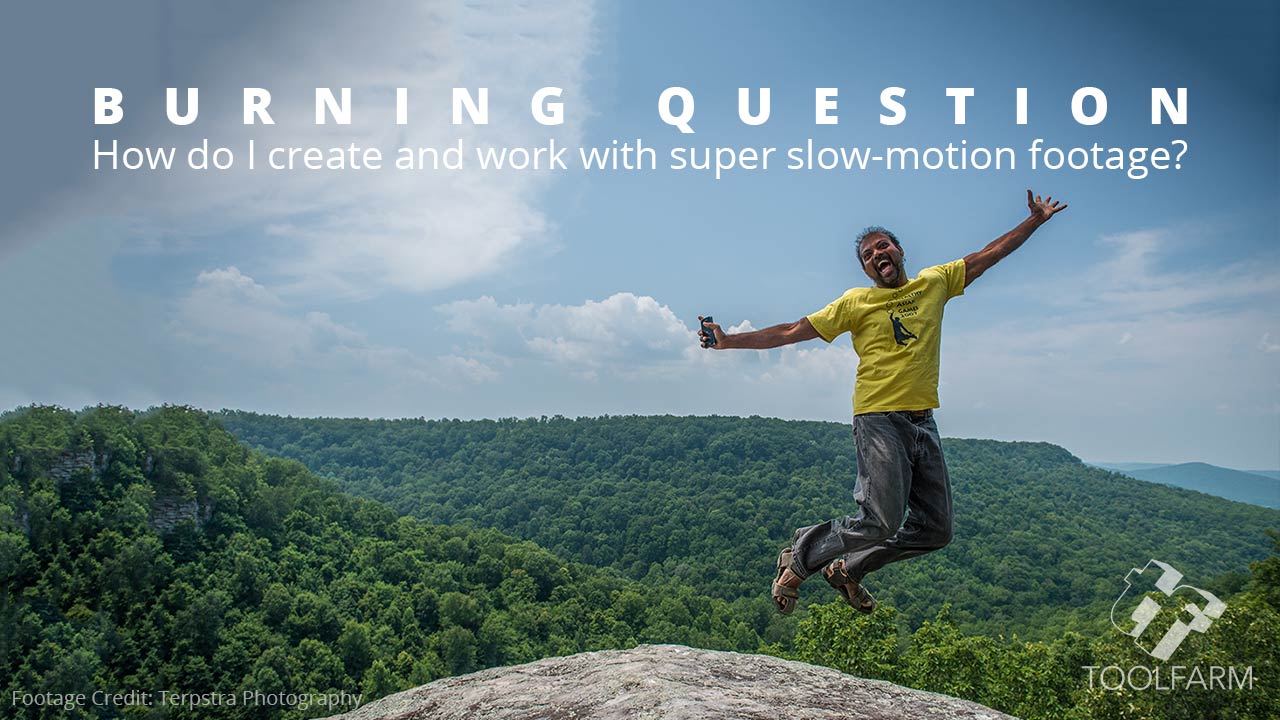 When I got my iPhone 5, one of the most intriguing features was the ability to shoot slow motion footage. It works quite well, but what if you want to go even slower? I’ve been collecting some tutorials for the past few months that go over details of super slow-mo.

You may remember seeing this video from about five years ago that shows high-speed images of how a cat laps milk.

Here is a compilation of slow-mo footage.

I’ve loved E.L.O. since I was a kid and somehow acquired a 45 of Don’t Bring Me Down. I was excited to see that Jeff Lynne’s E.L.O. has a new single, and the video shows some really nice super slow motion video with some compelling visual effects.

Here are a couple of other music videos that use extreme slow motion footage.

Even slower is Siska’s Unconditional Rebel.

Want to try your hand at it?

Premium Beat has a tutorial on How to Achieve Perfect Slow-Motion Results in Post, which goes into over cranked frame rates.  They mention this tutorial in the article: Part 6: Shutter Speed & FPS.

Plug-ins and Tools to help with Slow-Motion Footage

RE:Vision Effects Twixtor Pro enables you to speed up, slow down or frame rate convert* your image sequences with visually stunning results.

A Japanese artist at Tsubuzorotta Film did an interesting Twixtor Experiment. If you can read Japanese, check it out here.

Kronos used to be available for After Effects but has been discontinued. If you’re a Nuke user, Kronos is at your disposal. “Exclusive to NUKE STUDIO and NUKEX, KRONOS offers high-quality GPU accelerated retiming, useful when you have to make something fit an allotted time segment or want to creatively move in ‘super slow-motion’. Based on our Academy Award®-winning FURNACE algorithms and OCULA research, KRONOS offers the choice of multiple algorithms for retiming and includes matte inputs for highest quality results when retiming, speed-ramping, time-remapping, adding slow-motion effects and realistic motion blur.”

proDAD ReSpeedr is a stand-alone tool for creating amazing, super slow-motion video with records of 30, 60 or 120 FPS to produce fascinating records with 1000 fps or even more. Source material and cool time-lapse videos using sophisticated frame-blending, optical-flow, and keyframe technologies to achieve fantastic results using video shot on common DSLR, action cameras, even mobile phones. It’s even possible to combine both super slow-motion and time-lapse sequences in a single video.

Flicker can be a problem in slow motion footage. Here are a couple of tools that help reduce and remove flicker.

ClipToolz Convert  is a free tool that does a lot of things and one is to conform framerate for slow motion with PTS function.

Tutorial: Tempo: Up in Flames – Realistic & Slow-Motion Fire Effects – In this episode of Red Giant TV, Aharon Rabinowitz walks you through the workflow used to create realistic fire for the film Tempo. He’ll be using a combination of real fire footage, Trapcode Particular, and some 3rd Party plug-ins from RE:Vision Effects.