Burning Question: How Do I Get that Low Poly Look with MAXON CINEMA 4D?

Have you seen some of the uncomplicated, but strikingly angular 3D lately known as Low Poly Modeling? Here are several examples and some tutorials on how to achieve the look with with MAXON CINEMA 4D.

What is Low Poly, exactly?

It’s the polygon mesh in your 3D software with very few polygons, creating a blocky appearance. It’s uncomplicated and exactly the opposite of the 3D you see in most features by Pixar or Dreamworks films today. Even though it’s simple, it’s often very stylistic and fun and the artist isn’t usually going for realism. I think of it as Van Gogh for the digital age. Some of the examples below are very, very simple but others are more complex. I wanted to show an array of different types of animations and I am sure some of these are not created in CINEMA 4D, but the idea is to give you an idea of what is possible. I especially like scenery created in a Low Poly style.

People are using Low Poly style in still images too. Timothy J. Reynolds’ Low Poly animal Kingdom is so simple and so much fun, like the mastodon you see below. He has a lot of other examples of Low Poly on his Behance page. 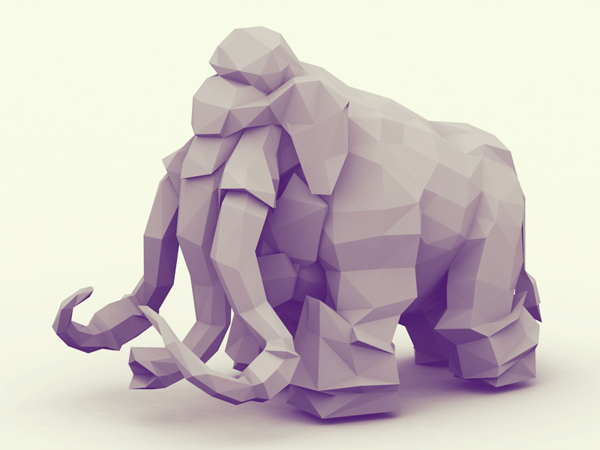 Sockgardner has some beautiful Low Poly work. He has a lot of amazing work, so be sure to check out his archives for examples, like these two white houses on the hillside with trees on the right. I love it! Sockgarden’s Low Poly Scene. 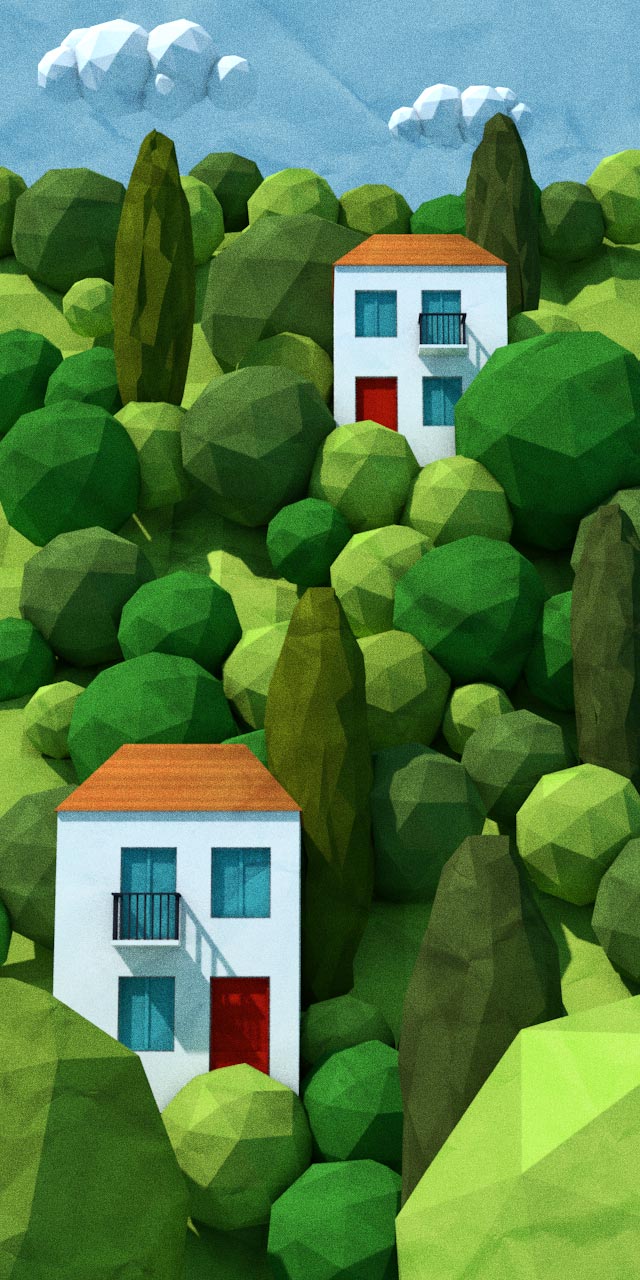 So now that you’ve seen some beautiful examples of low poly modeling work, I’m sure you’re raring to get started! Here are some CINEMA 4D tutorials from Sam Welker, Nick Campbell at Greyscale Gorilla, Mt. Mograph and others. A lot of these tutorials are based on the same concepts but each has their own little twist on techniques.

Getting A Low Poly Look In CINEMA 4D

First, check out Low Poly Techniques for CINEMA 4D from Nick Campbell at Greyscalegorilla. He explains the Connect Object, the Displacer Deformer, and the Polygon Reduction deformer, to achieve the Low Poly look on your models or shapes.

Aleksey Vozeneski at CGI Tuts+ gives his walkthrough on creating a low poly tree look and giving it the appearance of paper. Aleksey explains how to bake Global Illumination to make renders faster.

Matt Jylkka from Mt. Mograph, who is from my town in Michigan, gives another technique, modeling from an image of a deer. We do have a lot of deer here. Matt goes over Loft NURBS, Polygon Reduction Deformer and Displacer to bring this Low Poly deer to life.

Mountains and land masses are a common thing to create a Low Poly look for and Matt from Mt. Mograph shows his technique.

Matt has a few other Low Poly tutorials and here’s one in which he explains how to create a tree house.

Here’s the last one I’ll share from Mt. Mograph. This one is very interesting with the movement of the water. Matt uses the Collision and Displacer Deformers and doles out a lot of great tips.

Nick at Greyscalegorilla again explains how to refract color in your low poly designs.

To go along with the Greyscalegorilla tutorial on color,  SockGardner’s Random Colors for Low Poly Objects in CINEMA 4D Take a look at SockGardner’s tutorial, Randomising polygon colour on low poly objects in CINEMA 4D. He talks about Bobtronic’s  ColourChanger plug-in which broke in R15 so this is his alternative method of creating the effect. SockGardner says, “The basic approach is to use a Falloff shader which shades an object based on the direction of its normals. This shading is based on a gradient…” so that’s where he begins.