Burning Question: How do I make Whiteboard Write-on Effects? 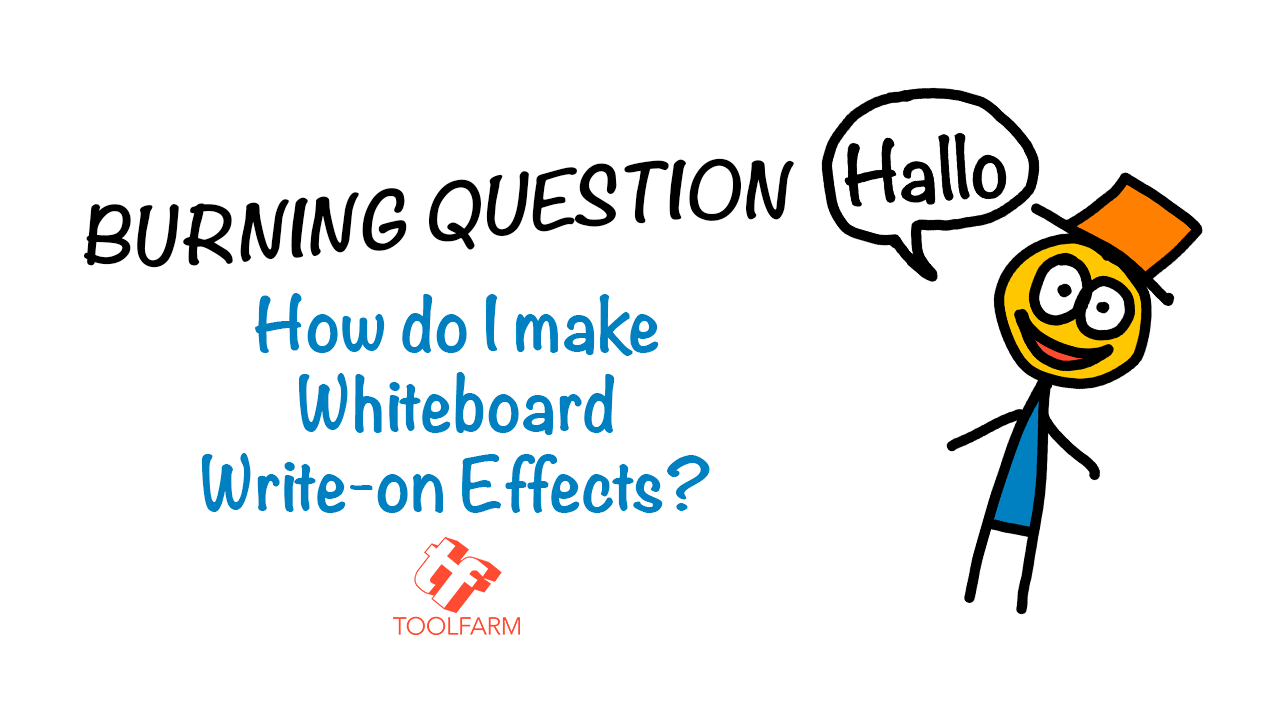 Over the weekend, I was asked, “Do you know of any After Effects plug-in that automate the whiteboard drawn on effect?” which quickly evolved into, “Okay, so how do I create this effect?”. I’ll explore the write-on effect in AE and a few other hosts. There are lots of great tutorials here for Tutorial Tuesday!

Here’s an example of a whiteboard reveal effect from the RSA. Great work, eh! The RSA has a series called RSA Animate if you would like to see more. There are a lot to watch, and the content is very interesting too. Sorry if you get sucked in!

Believe it or not, the write-on effect was one of the first cool things I learned to do back in After Effects 3.1. I was digging through my old tutorials folder and came across a tutorial I did for Toolfarm in May 2006 with the write on effect.

Create a Write on Effect in After Effects

What I’ve found is that the effect is not a difficult effect to achieve, but it can be very time consuming. I was going to put together a tutorial and I actually got all my files prepped, then I realized how many tutorials there already are on the web. No reason to reinvent the wheel, or the write-on, in this case. If you don’t get what you need from the tutorials here, talk to your good friend Google. There are hundreds of tutorials going back to the previous millennium.

Here’s the general process that I recommended:

1. Get the art from the client.

2. Break it apart in multiple layers in Photoshop or Illustrator, if it’s vector, so that the drawings can be revealed one piece at a time in After Effects.

3. In After Effects, there are a few paths you could take, depending on the art. Heck, you’ll probably use multiple tricks at once!

4. Finally, in After Effects, take a keyed or rotoscoped hand with a marker over the top and move it as the drawing is being revealed.

An even easier method would be to record yourself writing with a tablet and play that back. Of course, you’d need some mighty nice handwriting, so that would disqualify me

Creative Cow gives their approach to the Write-on Effect.

Evan Abrahams at Premium Beat shows how to write on with a pencil.

Handwriting logo reveal in After Effects

I posted this one at AE Freemart in 2012. “The folks at Imagination Creations just posted a great tutorial on making a write-on logo that fades into a finished logo. This one requires a hands-on approach including printing, drawing and scanning but the end result is worth it!”

Create A Realistic Handwriting Effect with Expressions in After Effects

This tutorial from Tuts+ explains how to follow a doodle path using Expressions in AE. So simple and so useful at the same time!

Other options for After Effects

There are loads of templates out there too. Just Google “whiteboard after effects” and you’ll see several templates from companies like VideoHive.

Premium Beat explains how to create a write-on effect that shatters and drops to the floor.

Tim Clapham of Hello LUXX explains how to use these tools to create a write-on effect.