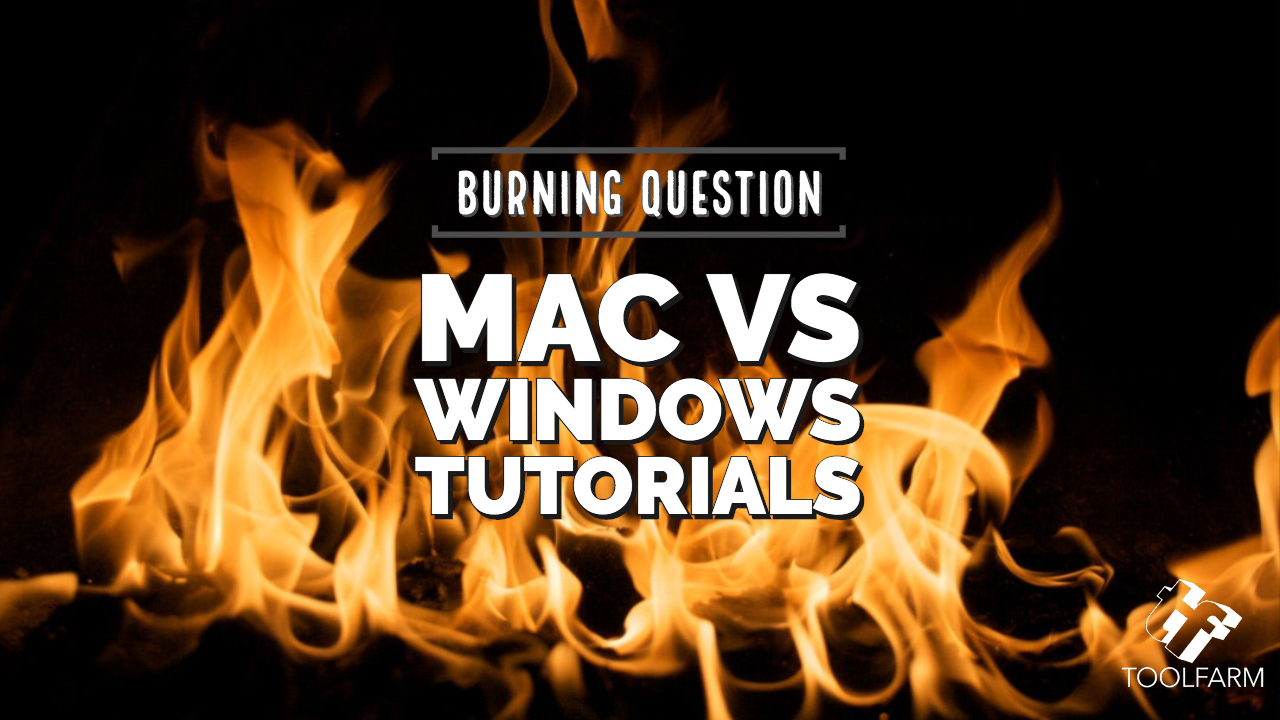 Check out our new column, Burning Questions, where we will answer questions from newer users that you may be afraid to ask!

Please tell me how I can learn Mograph and Motext tools when I am using Windows 8 and most of the training is taught on Mac. I know Windows is quite different from Mac. Also, why is it that most of the CINEMA 4D tutorials use Mac instead of Windows?

The age-old Mac vs. Windows argument… Honestly, I don’t believe that it is really an issue for motion graphic artists. I know artists who use both and jump back and forth without a problem.

It is in a company’s best interest to be “software agnostic”, meaning that they don’t make things specifically for Mac or Windows.  People will always have their preference but with most software these days, and for learning software from MAXON, Adobe or other major players, it shouldn’t matter which you use. The user interface may look a little bit different a specific software, but developers generally make programs as similarly as possible across platforms, to make it easier on users and themselves. Most software will have exactly the same features, menus, and layouts whether it is on Mac or Windows.

Shortcut keys will be different but similar and there is a guide for those included in the “Help” for most software applications. It’s often a matter of using the Command key on a Mac while using Control on Windows. Once you get comfortable with that difference, you’re in good shape.

There are a few plug-ins that are Mac only or Windows only as well, but most products have versions on both platforms.

So, why do more CINEMA 4D tutorials come in Mac? Macs have always been considered to be computers for designers, but I don’t believe that is necessarily true anymore. Without getting into an argument about which is better (both have their pros and cons), many designers that I know prefer Macs because they have been using them for years and years and it is what they are used to.

To summarize. Don’t worry if a tutorial video is on a Mac when you’re using Windows, or vice versa. The core is all there. Use what you prefer or what you have to use at work. Learn the program as well as you can so when you do need to jump across platforms, it’s no big deal.

All who ask questions for this column will be kept completely anonymous so if you’d like to ask a question, drop us an email or ask us in a private message on Facebook.