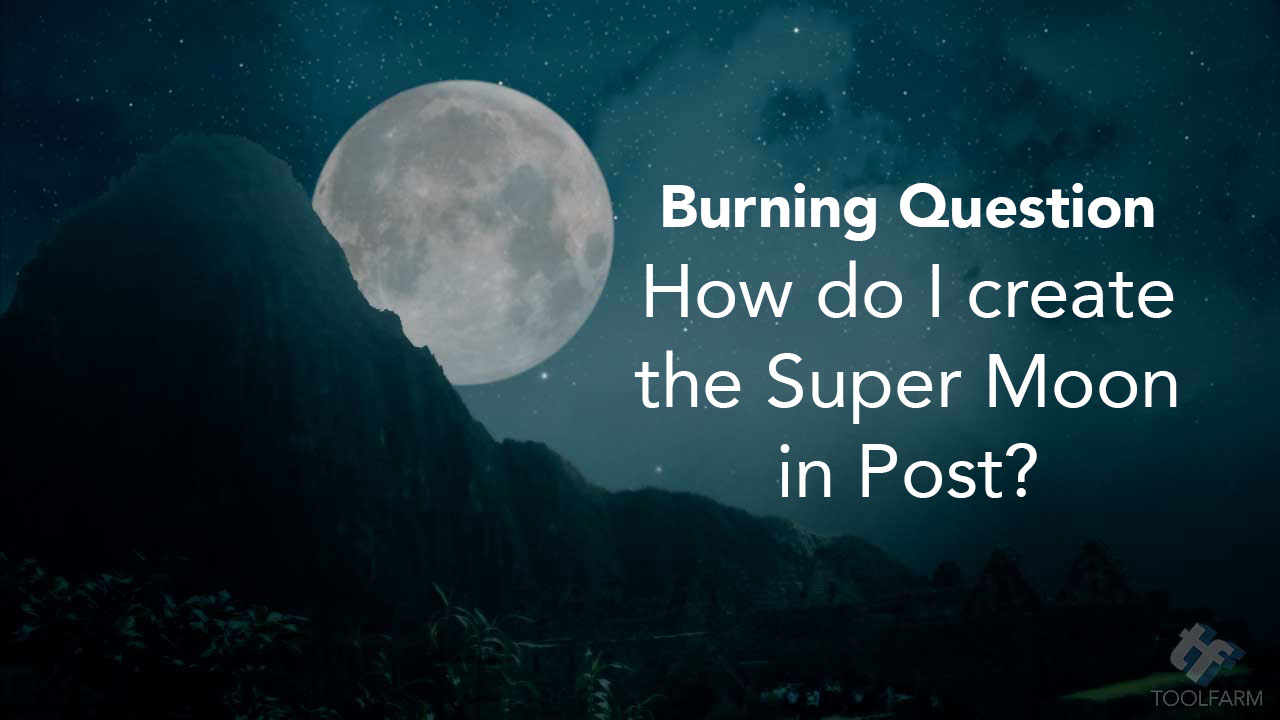 They say it’s the Super Moon of the Century! Here are some ways to recreate the moon in After Effects or your NLE or editor, if you’re unable to capture the moon.

Why can’t I shoot the moon and get decent results?

Capturing the moon is actually a really difficult task. Here are a few reasons why it’s so difficult to get a decent photo or video of the moon.

Here are a few tips for getting a good shot of the Super Moon. Most of these are about photography, but hopefully, the tips will help with videography.

So, sure, you can try to capture the beauty and enormity of tonight’s Super Moon, and hopefully, you will get good results. But… in case it doesn’t quite work out for you… 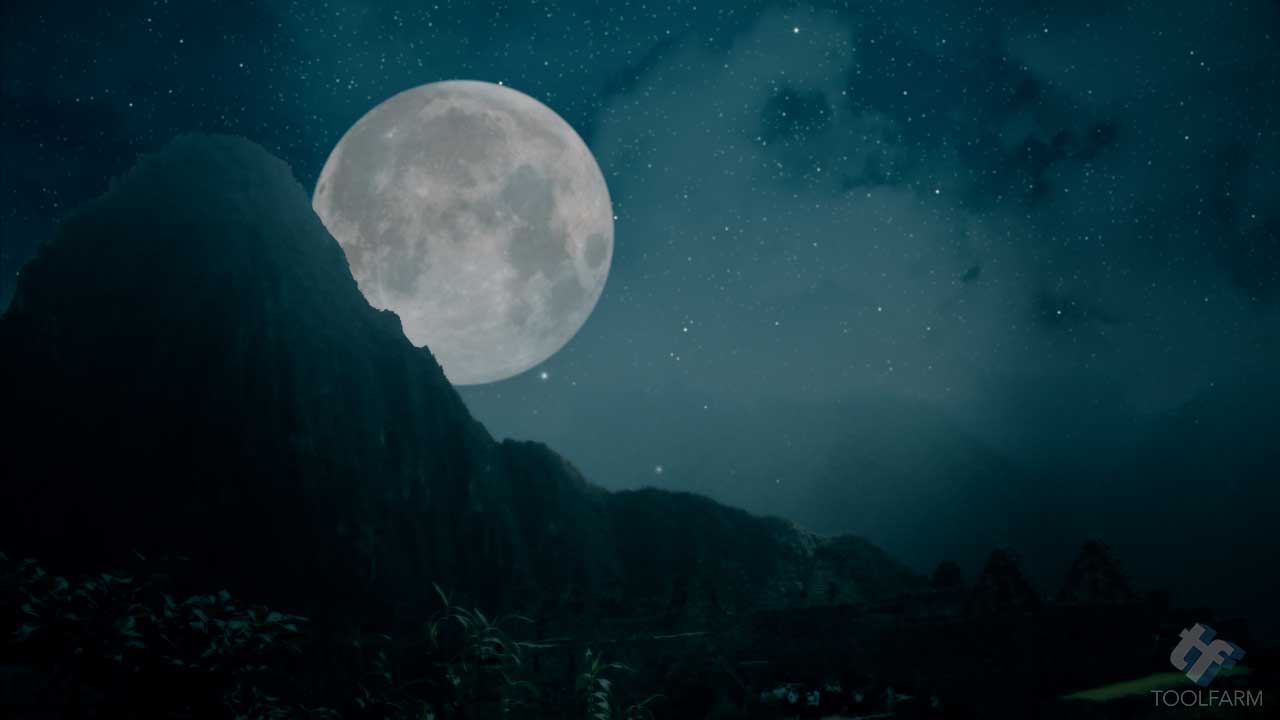 Add a Moon and Stars

Replacing the sky and sky elements can do wonders with selling a night shot. First, take a look at a video I did earlier this year that shows you how to take a bland, colorless sky and make it into a vault of heaven! Create an alluring azure sky with fluffy clouds, a sublime sunset, or a moody moonlight scene. I give several options, utilizing plug-ins from CoreMelt, Video Copilot, Boris FX, Red Giant, SUGARfx, and Imagineer.

Replace a Bland, Overcast Sky with a Gorgeous Sky in After Effects.

Luna was integrated into GenArts Sapphire 10. Depict accurate lunar cycles down to date and time with this high-resolution, photorealistic moon generator. Using a complex bump map to achieve stunning realism, Luna features a wide array of options such as halo, glow, color tint, and atmosphere. I loved the one in the now discontinued GenArts Monsters and this certainly uses the same technology.

Another moon generating tool is SUGARfx Light Pack which has a plug-in called Moon Light. It’s a cool little package of plug-ins and inexpensive. There are some nice presets. Some are a bit over the top, but you can tone them down. 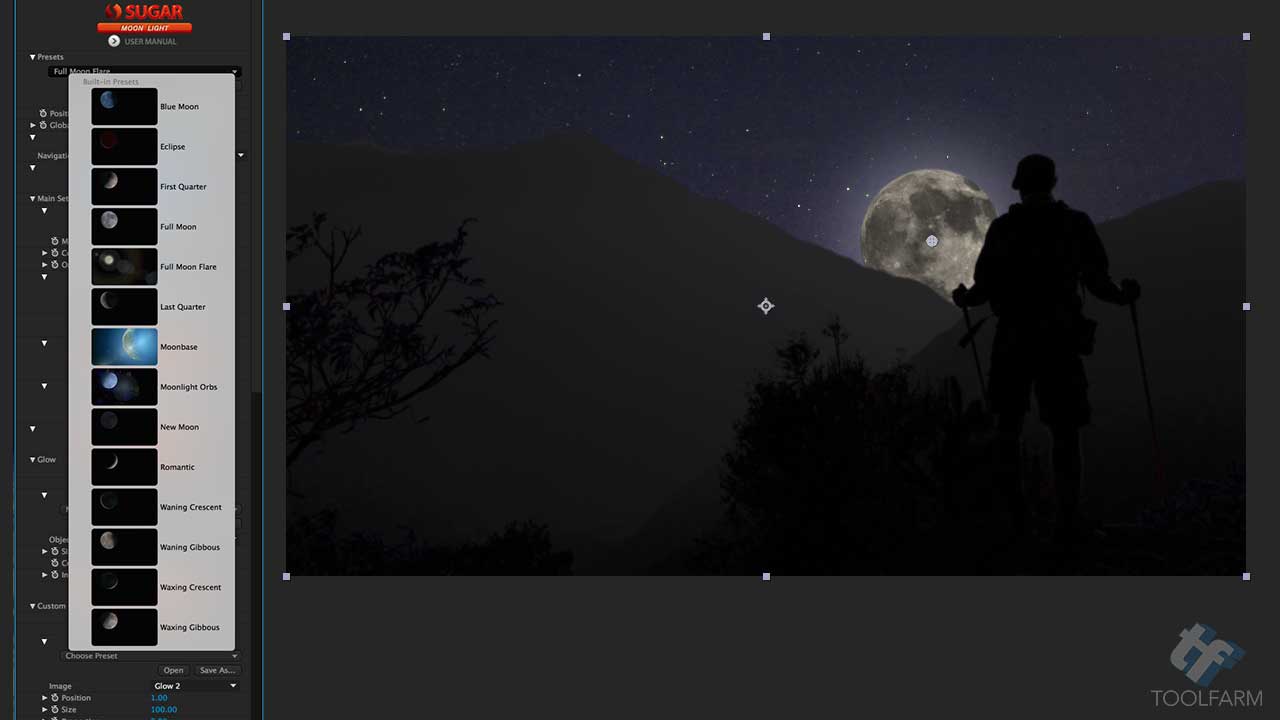 Boris Sapphire also includes a S_NightSky plug-in that accurately generates all sorts of stars and constellations. In my opinion, the version in Sapphire 9 is a much better product. There are a lot more options and the stars look more realistic. You can put in the date, time and location and Sapphire will generate the stars for that exact time and location. There are controls for glare and size of stars, azimuth and more. Pretty cool!

There are also lots of presets for S_NightSky, with different constellations and more. I realize that it’s hard to see, but click the image and you’ll get a pop-up window that will give you a better view. 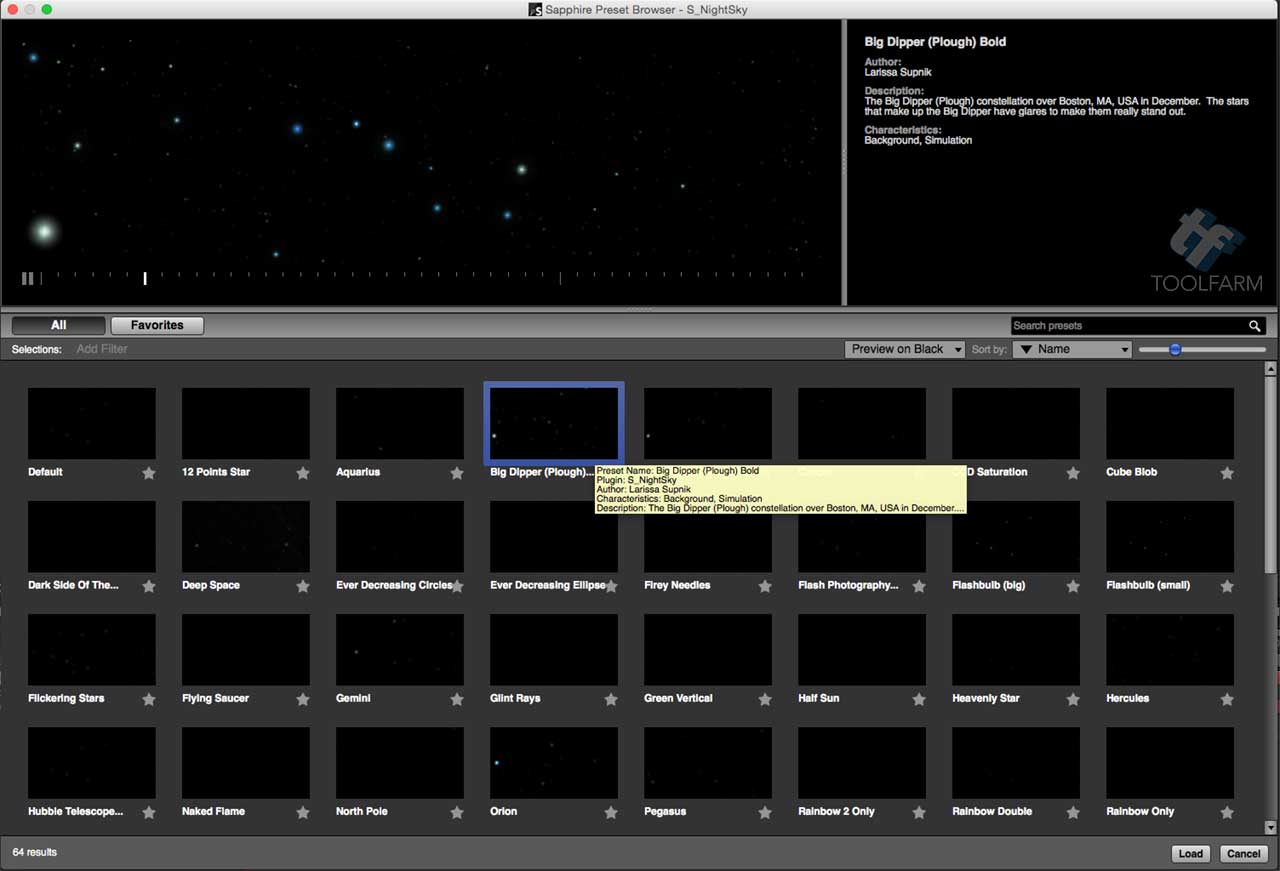 Another plug-in for simulating stars is PHYX Flarelight StarGen and is perfect for sci-fi projects, night scenes, etc.

Another to check out is BCC Stars. It’s not accurate as far as the heavens go, but it looks pretty nice and I have used it a number of times. It’s included in the Boris Continuum Complete package.

More Tutorials to help you create a Super Moon

Creating a night sky in Motion