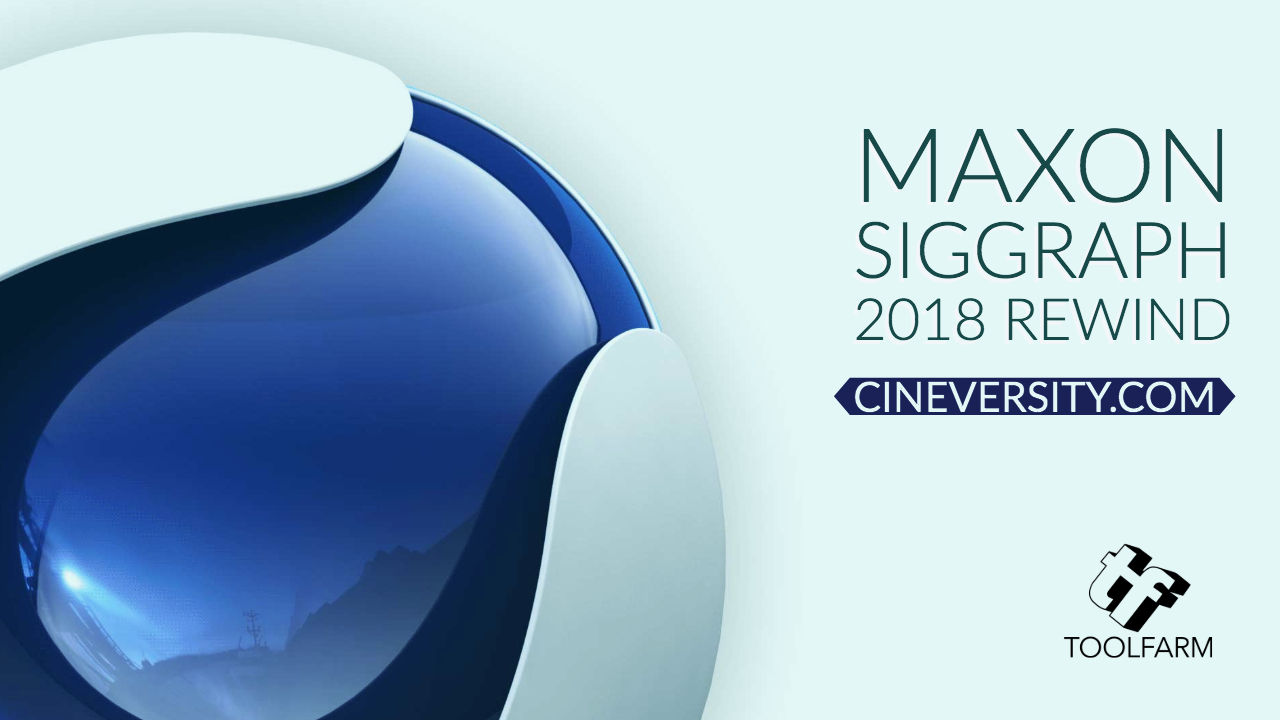 This is the fourth round of videos from SIGGRAPH 2018, held in August in Vancouver, Canada. Watch the fantastic presentations from Marti Romances, Russ Gautier, and Robyn Haddow, all presenting with Cinema 4D Release 20. All of the videos are also hosted at Cineversity.com.

Marti Romances, Creative Director and Co-Founder of Territory Studio, shows how you can use Cinema 4D to create the FUI elements from your favorite films. Marti shows simple MoGraph setups that Territory has used to create Fictional User Interfaces seen in Avengers Infinity War, The Martian, Guardians of Galaxy and other films. He shows how Territory prepares various render passes for flexible compositing in After Effects and Nuke. Finally, he shows how Cinema 4D was used design and develop the opening sequence from Ready Player One.

Russ Gautier demonstrates several Cinema 4D techniques employed by Perception in the concept and main-on-end titles for Marvel’s Black Panther. Sand played a crucial role in the visual development of the movie, and Perception developed techniques using Cinema 4D’s procedural noises to create realistic, sparkling sand. A key aspect of the technique is layering multiple renders from Cinema 4D in After Effects, and Russ also shows how Cineware for After Effects can facilitate the look development. Another key visual element in the main-on-end titles was cymatic patterns, and Russ shows how Perception animated and transitioned between cymatic patterns using a custom Python script. Finally, Russ demonstrates how R20 makes it possible to create the same effect much more easily using Fields and the Target Effector.
Find out more about Perception’s work on Black Panther in their online case study: http://experienceperception.com/black-panther-fui.html

Learn techniques Robyn Haddow used in the creation of Fantasy User Interfaces (FUI) for Marvel’s Ant-Man and the Wasp. You’ll see how Robyn created loopable playback elements from an X-Particles Network, a MoGraph Cloner and PolyFX. You’ll also see how she generates various spline, point, wireframe and fresnel passes using C4D’s Hair Renderer, Cel Renderer, and Object Buffers. Then you’ll see how these passes combine with 3D data in After Effects to create the Fantasy User Interfaces of your favorite films.

Thanks to Maxon US and Cineversity.com, for recording and publishing the 2018 Siggraph Live Cinema 4D Presentations.