In Depth: After Effects Expressions – The Basics & Expression Roundup 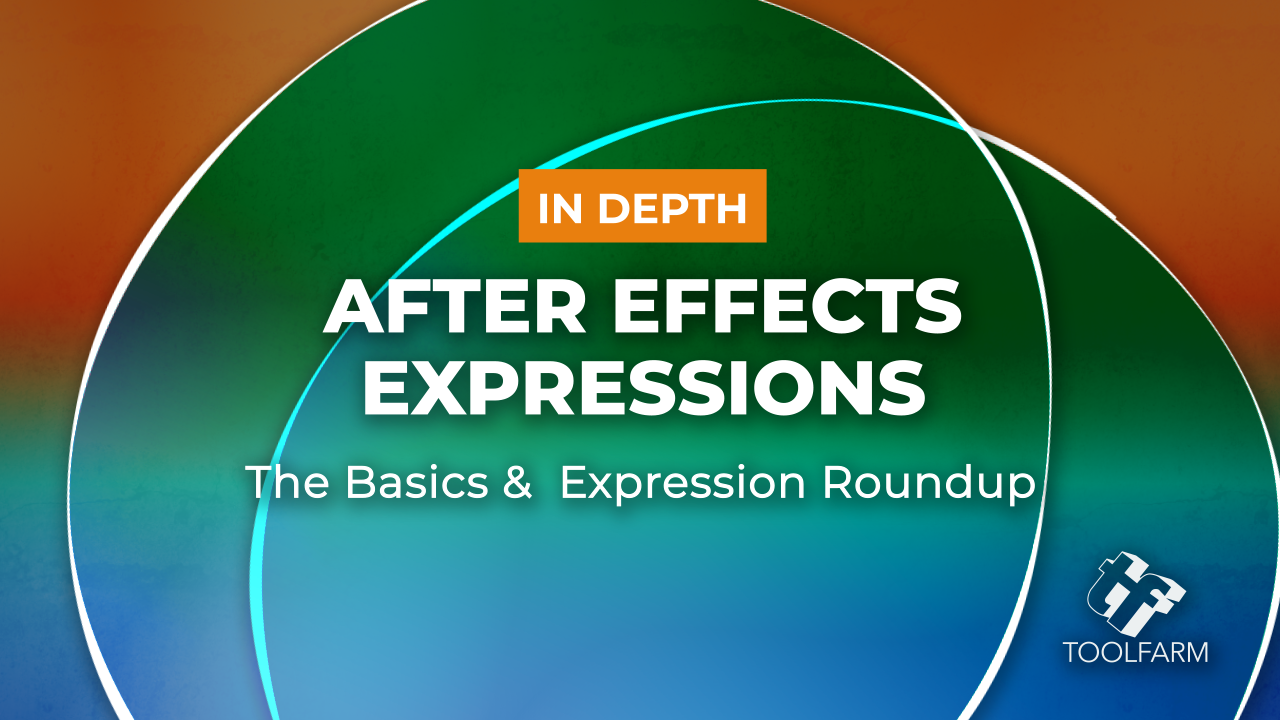 Based on Javascript, Expression Language is the scripting language of After Effects for automating animation in After Effects. In other words, Expressions are snippets of code that can be added to the timeline in After Effects and helps you to work more efficiently. To put it simply, Expressions allow users to create more complex animations and take care of repetitive tasks like looping animations. It can potentially save you loads of time and make your life easier. You don’t even need to know much about expressions to harness their power! The resources on this page give you that base-level knowledge to get you comfortably started using and programming.

An expression is a little piece of software — much like a script — that evaluates to a single value for a single layer property at a specific point in time.

While video tutorials are extremely useful for learning After Effects, because, after all, it’s a visual creation medium, with expressions, it’s useful to cut and paste. Below, I’ve listed some resources for expressions, along with some expressions you will find there.

Adobe Help Docs. A guide for the Expression language. You’ll need this resource to work with other expressions. The syntax is so important.

After Effects 2020: Express Yourself (and Your Text). With last year’s update to After Effects, users can use expressions for text styling and modification. Learn how to use these new text expressions, and how they can help you create MoGRTS. If you don’t understand what all that means, Nic Dean explains it clearly on the Adobe blog post.

After Effects Expression Reference. This document covers every aspect of Expressions with lots of examples. It has been around for quite a few years but I’d imagine that most of the content is still applicable. Expressions have not changed much since they were introduced.

Six Essential Expressions for Creative Coding in After Effects. School of Motion takes you through the 6 basics that, indeed, every animator should know.

Motion Island’s The Best 10 After Effects Expressions. A great resource! Additionally, the page includes gif animations and options to download the scripts too.

Amazing Expressions in After Effects. Another from School of Motion. Regardless, this one has a video that goes along with it and goes over the following expressions with examples.

6 Common After Effects Expressions You Should Be Using.  Motion Array has an incredibly useful resource, including:

After Effects Expressions 101 from Animoplex

The World of Expressions video series dives deep with 34 videos. Watch the videos for free. The project files and documentation is available for a small fee.

5 Best Expressions for After Effects

Nate from Black Mixture talks about how a little knowledge of scripting in After Effects can improve your animations and save you time. He talks about the following:

Nate referenced learning from the Godfather of After Effects. In the video below, Andrew Kramer of Video Copilot gives the basics on how to add Expressions in After Effects. This tutorial is several years old but still entirely useful in current versions of After Effects.

Expressions Basics in After Effects

This tutorial is new this week, for one thing. And, it’s fantastic! Jonny Holmes of Holmes Motion gives you a great overview of some expressions basics in After Effects. In addition, the project files are available at Gumroad.

To summarize, Ben Marriott gives you his most useful expressions.

Not only that, Ben includes a Google doc with the expressions that you can link to from the video description.

35 Useful Expressions In After Effects

This course is from Ukramedia gives you some of the most used expressions in After Effects. In this case, there are 2 videos. It’s worth mentioning, if you like these tutorials, there’s a fantastic course that you can buy from Ukramedia, too. More on that below these two videos. So, the first video covers:

Part 2 of two covers so much, including: 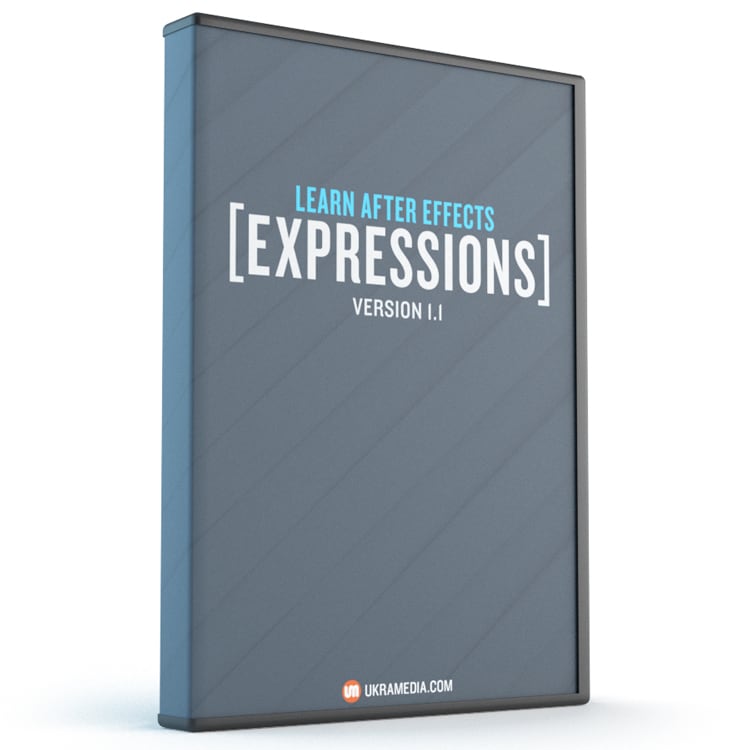 Get Instant Access to over 80 HD detailed and fast-paced video lessons, including over 12 hours of training! The training includes access to the private course forum, the BOUNCr Script by Tim Thiessen, and project files. The tutorials include playback speed controls, on-screen keyboard shortcuts, and video timestamps/hyperlinks. Not only that, get Free Updates for any future releases of this course!

NOTE: This training is streaming only.

You may also want to check out: 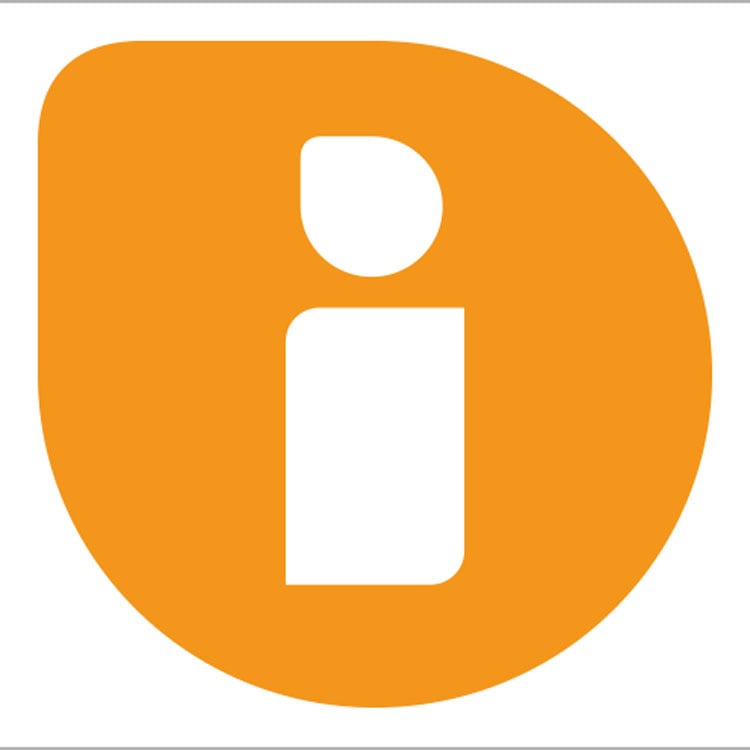 iExpressions allows you to use After Effects expressions without reading or writing a single line of code. It comes with over 100 iExpressions, each with an intuitive, easy to use interface.