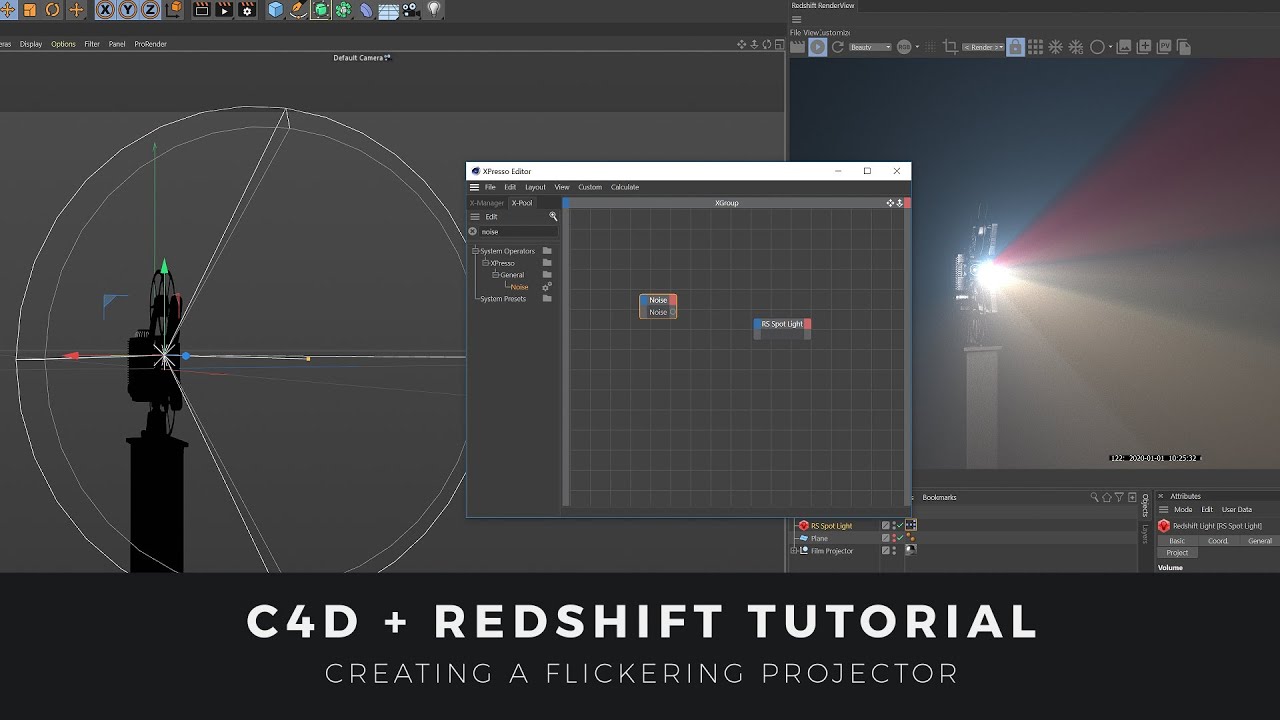 This tutorial comes from Joren at The Pixel Lab. He explains how to set up a flickering projector spotlight using Xpresso. In addition, use the effect for your creepy horror film hallway scenes!

Indeed, it has been a long time since some of us have been to the cinema, but this will hopefully bring you some happy movie theater memories!