Here's a little background on Sprite Sheets. This is for game developers but the same logic can be used for animations.

PixFlipBook brings the ability to use Sprite Sheets right into After Effects in the form of a native plugin for maximum efficiency. Each parameter can be fully animated using keyframes, expressions, or both! The generated sprite can then be positioned with an aligned point for further control over the sprites location on screen. 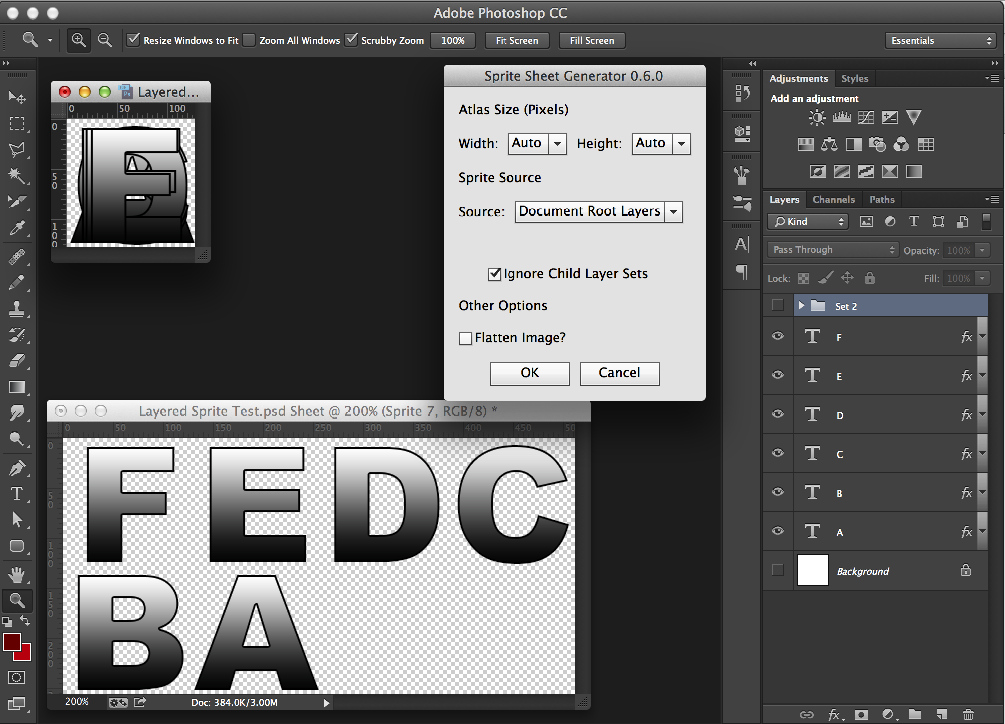 John Wordsworth, a game developer, mathematician, and self-proclaimed geek, has a free Sprite Sheet Generator script for Photoshop. He explains:

This Photoshop Script has been put together to simplify the task of exporting a sprite sheet from a Photoshop file that contains Frame Animation data or a layer set containing 1 layer (or a sub-set) for each frame/sprite that you would like on the resulting sprite sheet.