Watch Zack Petroc and Dylan Ekren detail the creative process used to create the Wreck It Ralph characters. The demo includes an invaluable discussion on design and the art of making movie characters. Watch

Kevin Lanning, Wyeth Johnson, Mike Kline and Mark Morgan brought some southern hospitality to Siggraph this year with their Epic Games company demo. Their presentation takes a closer look at the history of the Epic Games pipeline and the increasingly important role ZBrush plays. Watch

Joseph Drust was back at it again! This year, Drust took another turn under the Siggraph lights with an incredible demo on how to create a vintage chair. Watch

Our own Paul Gaboury, kept the ball rolling over the course of the three day event with demonstrations of the latest features inside ZBrush. Follow along and learn new ways to advance your digital sculpting skills. There’s no telling where your designs will go! Watch

Jared Krichevsky bashed his way through ZBrush and took a bow with a cool piece of concept art. Jared’s workflow demonstrates an interesting approach to concept art and using ZBrush for illustration. Watch

Jason Martin left the crowd thirsty for more with an awesome character demo that took everything from creating details and wrinkles to the next level. Watch as he walks us through his dynamic process. Watch

Joe Menna’s demonstration was one for the books. Clearly, the guy is at the cutting edge of what the future holds for toy designers everywhere. Dive into the art of toy design with a master. We’re just happy it’s all on tape! Watch

Seth returned for another round at the podium with a solo act! This is another intimate look at the workflow of a tremendous artist. Watch

Additions and enhancements that help you optimize your creativity. ZBrush 4R6 includes usability upgrades including Dynamic Brush Size control, Mouse Wheel support, Quick/Auto Save functions and much more. With ZBrush4R6, you’ll gain the ability to generate cleaner topology faster than ever before. Combine the new Panel Loops with the power of QRemesher (released earlier this year in ZBrush 4R4) and the possibilities for creating complex and efficient parts become endless. ZBrush 4R6 also includes powerful rendering enhancements, including a Posterization setting which creates illustration effects similar to a Photoshop painting. Learn More. 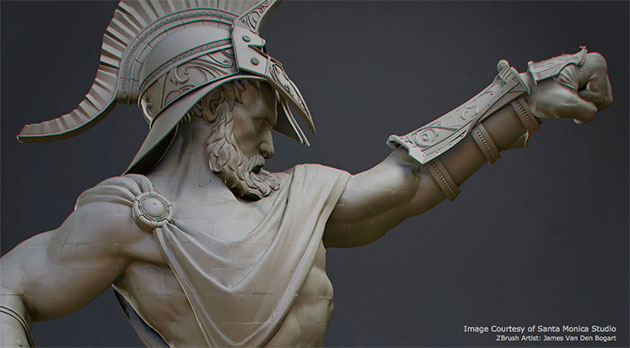