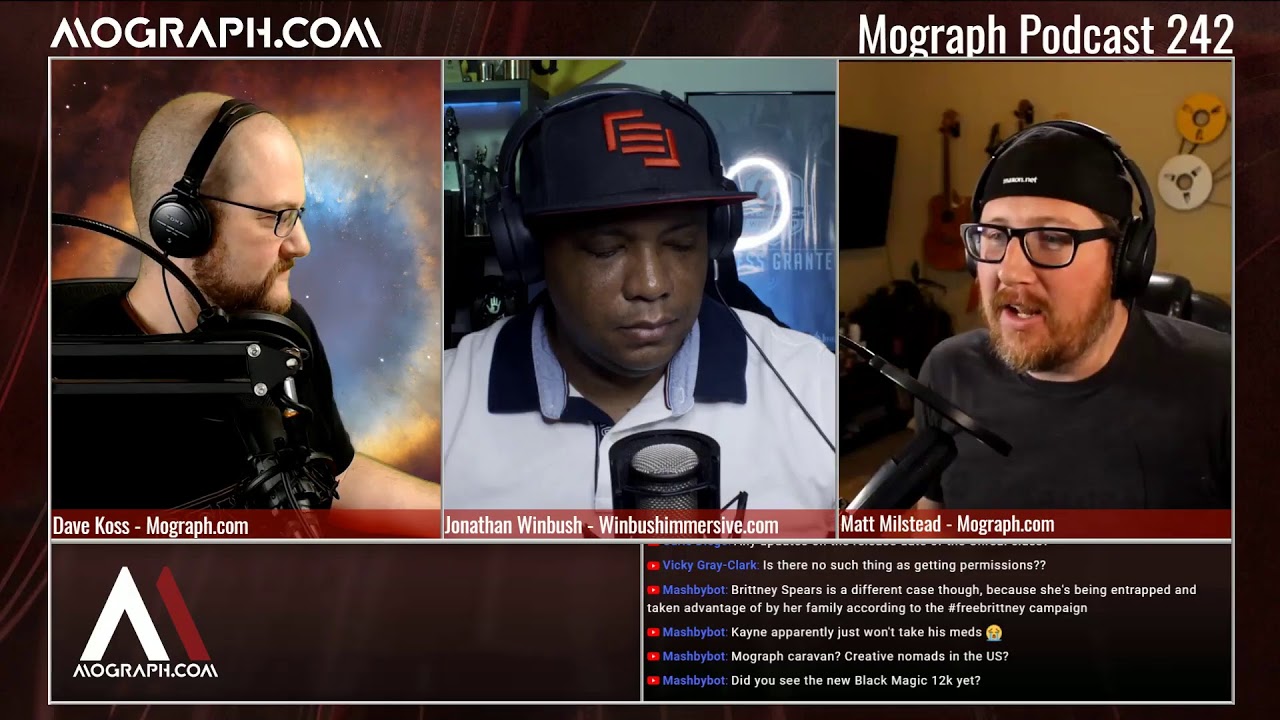 Jonathan Winbush is everywhere right now! Dave Koss and Matt Milstead of Mograph.com interview Jonathan and they talk tech. They talk about Cinema 4D, After Effects, 3D Renderers, Unreal, and more. Join their conversation with your questions.

Other Recent Posts with Jonathan Winbush