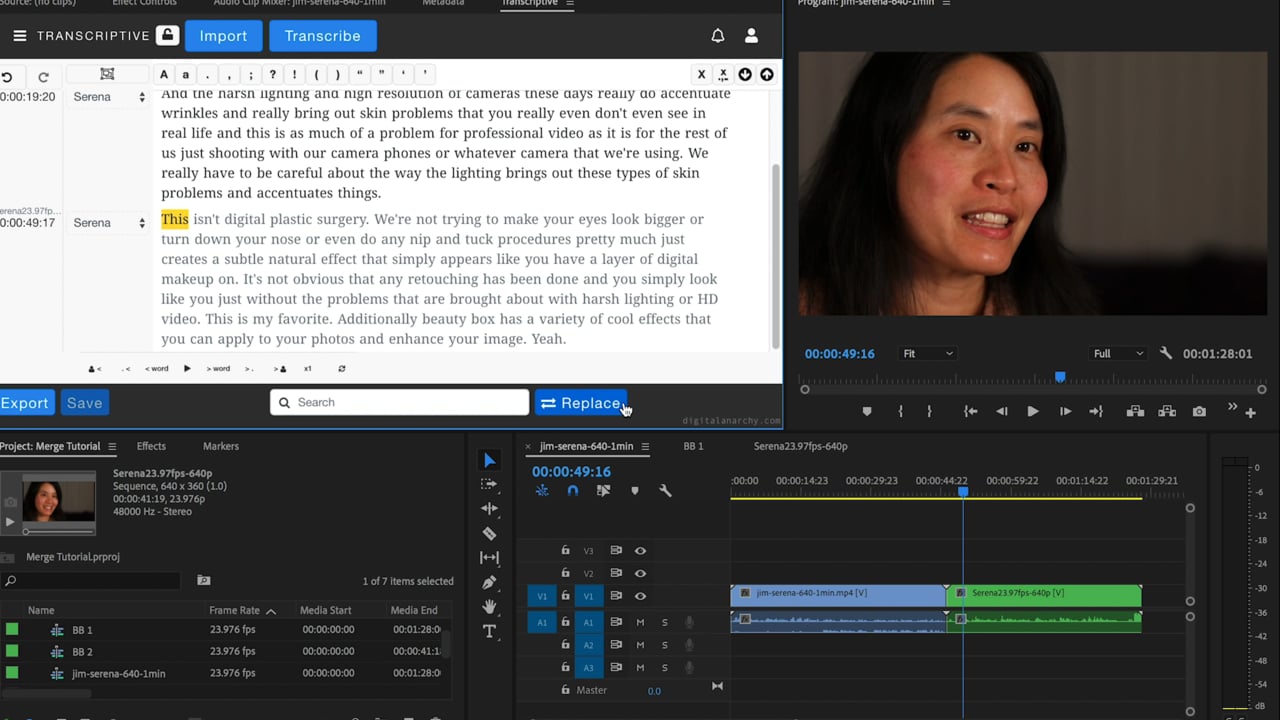 The biggest new feature is the ability to merge transcripts. This allows you to work on different sequences and then combine them in a final edit to get the final transcript. It’s something that’s been requested for a while and it also helps with the bug on Premiere Mac. If you have a long transcript you can work on it in 30-40 minute chunks and then combine them.

Here is a tutorial that explains how to use the Merge Transcripts feature in Transcriptive.

Jim also mentioned a bug in Premiere Pro 13.1, also released at NAB 2019,  that is causing some bumps in Transcriptive.

That release actually fixes a serious bug that was effecting Transcriptive on both Mac and Windows, causing corrupted projects. There was a fix for it in the last release of Transcriptive, but Adobe has now fixed the issue as well.

Unfortunately, Mac users may still experience crashes, but only if they log transcripts of 45 minutes or more. He added, “To also help work around that bug, the panel now monitors memory and will restart itself if memory gets low. You don’t need to restart Premiere to solve the memory issue, just close and open the panel. So we try and do this automatically.”

To try the demo, click here for a demo serial number or email sales@toolfarm.com for an extended trial.

Just for fun, here’s a photo of Jim Tierney and me at NAB 2019 at the Transcriptive booth. It was right next to the Adobe booth so they had some fantastic traffic at this show!