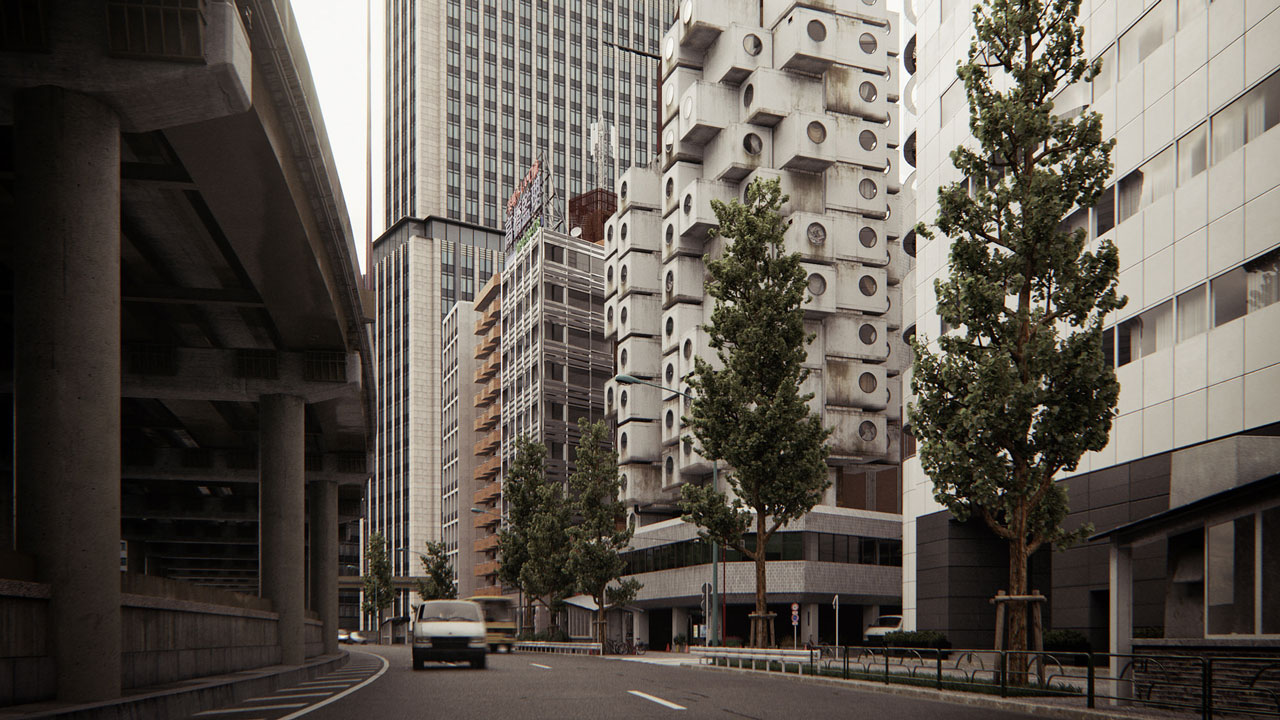 Bertrand Benoit (BBB3VIZ) created a series of highly detailed urban photorealistic shots in his Nakagin Capsule Tower series.  Bertrand explains, in detail, how he created the photorealistic road material, which he claims is one of the trickiest parts of the shots.  Bertrand states:

“The challenge with these kinds of large surfaces, in general, is always the same: How to maintain a non-uniform look that remains convincing from a long distance while still maintaining micro-details that hold up at closer quarters. You want to avoid both a repetitive “tiling” effect from afar and a pixellated look in close-ups. Of course, you could paint one gigantic textures, but you don’t have to. In fact, no texture, however large, is likely to maintain its crispness seen from very close. If you look at the image above, you can perceive the individual “grains” in the tarmac up close, and yet, you don’t see any obvious tiling looking further back.

One way to achieve this is to build a complex shader that relies both on seamless and non-tileable bitmaps and and on procedural elements. By mixing everything up using composite maps and overlapping UV coordinates, you can achieve a level of complexity that will hide all tiling and maintain a non-uniform overall look while still featuring convincing micro details. And the fact that everything is done in your 3D application (as opposed to adding layers and details in the final render), means you retain complete freedom of movement when choosing your camera angle. Such a shader will look good wherever you drop your camera.”

To learn exactly how he achieved this, read his blog here.