Principles of Animation with MODO 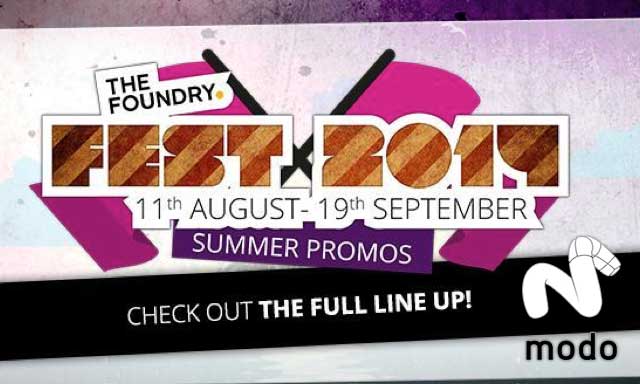 What is the Troll Bridge Project? When I was a kid, I remember going to my grandma's house and reading The Three Billy Goats Gruff so I'm sure it has something to do with that. Also, in Michigan, did you know that Yoopers are affectionately known as Trolls by those of us in the Lower Peninsula? Share that one at your next cocktail party.

I digress… The Troll Bridge Project is a community project for MODO users to chip in their talents on “the most EPIC Short film ever made!” It's made to help users with very little character animation experience get going in MODO.

Episode 1: Exploring the Principles of Animation with MODO

In this introductory video, Brian explains the series. First he'll explain how to create a rig, then he'll go through the 12 principles of animation.

Episode 2: Exploring the Principles of Animation in MODO

Brian Vowles walks through the process of making a Squishy Box Rig.

Episode 3: Exploring the Principles of Animation in MODO

Squash and Stretch is the topic.

Brian talks about workflow… and after talking to 22 animators, he found out that no animators work the same way. Interesting stuff.

Learn about inertia and giving your animation realistic movement using physics. He quotes Newton here. Don't worry, you'll get it. He starts with examples of Overlap and Follow Through.

Episode 6: Exploring the Principles of Animation in MODO – Posing

He covers two ways to approach animations: Pose to Pose and Straight Ahead, which is the same process as stop motion. Good animators will use both techniqiues.

Staging is something familiar to classical animators. He explains Key Poses, the bare minimum you need for your drawing. Extremes are the furthest part in the motion and contact poses with the ground or objects. Then, Breakdowns, or the traditional poses between the extremes. Lastly are the Inbetweens, which are used for all of the frames in between poses.

Brian Vowles goes over the Arcs, important so that your animations are not robotic looking. Then he covers easing, which he calls Slow-in and slow-out easing. Lastly, he goes over timing effecting emotion.

That's where things left off as of August 15, 2014, but you'll have a lot to catch up on. We'll continue to add to the series as they are published.

In this weeks episode of Exploring the Principles of Animation, Brian Vowles demonstrates Secondary-Action and Exaggeration.
The antenna asset can be downloaded here | DOWNLOAD

In this weeks episode of Exploring the Principles of Animation, Brian Vowles explains the final two concepts- 'Solid Drawing' and 'Appeal' and how these 2D principles relates to 3D.

In this final episode of Exploring the Principles of Animation, Brian Vowles tests your knowledge of the 12 principles by using them to animate Bolo jumping off a diving board. How well will you do?
Diving board asset can be found in the MODO share site | and the image sequence is found here