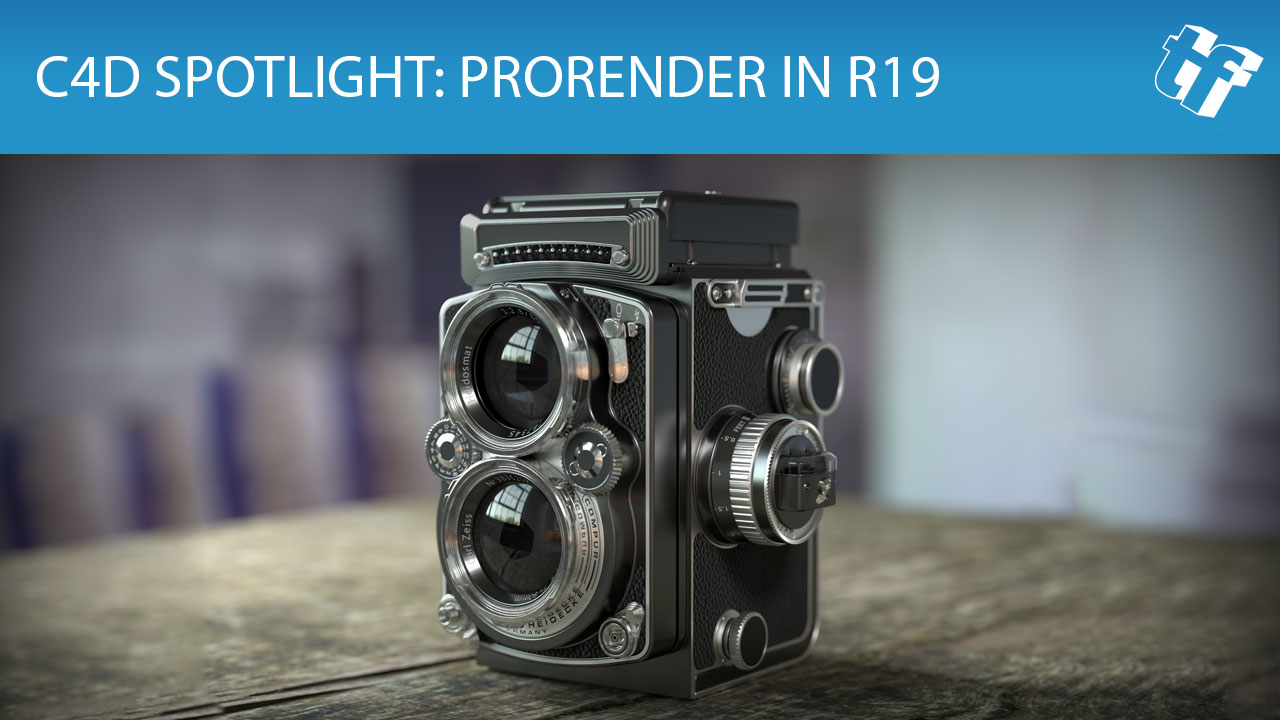 You have so many choices in renderers these days and GPU rendering is a favorite lately. ProRender, and developed by AMD, and is the new Open CL-based GPU/CPU-based rendering engine, now built right into Cinema 4D R19. Here’s everything you need to know to get you started with ProRender. This page has multiple tutorials that explain how to set up ProRender, GPU rendering basics, Physically based lighting and rendering, and settings for the best results. There are also tutorials on how to avoid problems, how to get rid artefacts, and how to work with large resolutions in ProRender.

Radeon ProRender is a high-quality, fast, accurate, physically-based renderer that is open-source, free, and cross-platform, and can be used with several hosts including 3ds Max, Rhino, Maya, Blender, Solidworks. It’s now integrated right into Cinema 4D R19, bringing interactive rendering, a PBR workflow, and bucket rendering. The Radeon Pro website has a tutorial on how to use ProRender in Cinema 4D, which includes hardware specs.

New in Cinema 4D R19: Release 19 AMD ProRender, OpenCL Based Rendering for Everyone

First, a quick overview from Patrick Goski from Maxon.

In this tutorial, EJ Hassenfratz of Eyedesyn goes a bit deeper, going over the basics, including what ProRender is, GPU rendering basics, Physically based lighting and rendering, and how to set up the settings for the best results.

Rick Barrett from Maxon gives some tips for using ProRender.

Get Rid of Precision Artefacts in ProRender

This is a quick tip from Jonas Pilz and he explains how to get rid of Artefacts by lowering the Ray Epsilon setting in ProRender, which is under the general tab.

Tips on working with large resolutions with ProRender

Another from Jonas Pilz. He explains Bucket Rendering to get around memory limitations with ProRender.

ProRender supports Cinema 4D’s standard materials, lights, and cameras but also R19 also includes a PBR WorkflowThere’s a new PBR Material and light options in Cinema 4D R19. The tutorials above cover this aspect but here are a few more links of interest on PBR shaders in particular.

On Cineversity you can download CV-Convert, a Cinema 4D script for converting materials to a reflectance-based workflow.

Other Resources and News

Physically-Based Rendering, And You Can Too! – This is an excellent resource! This is general and not specific to Cinema 4D.