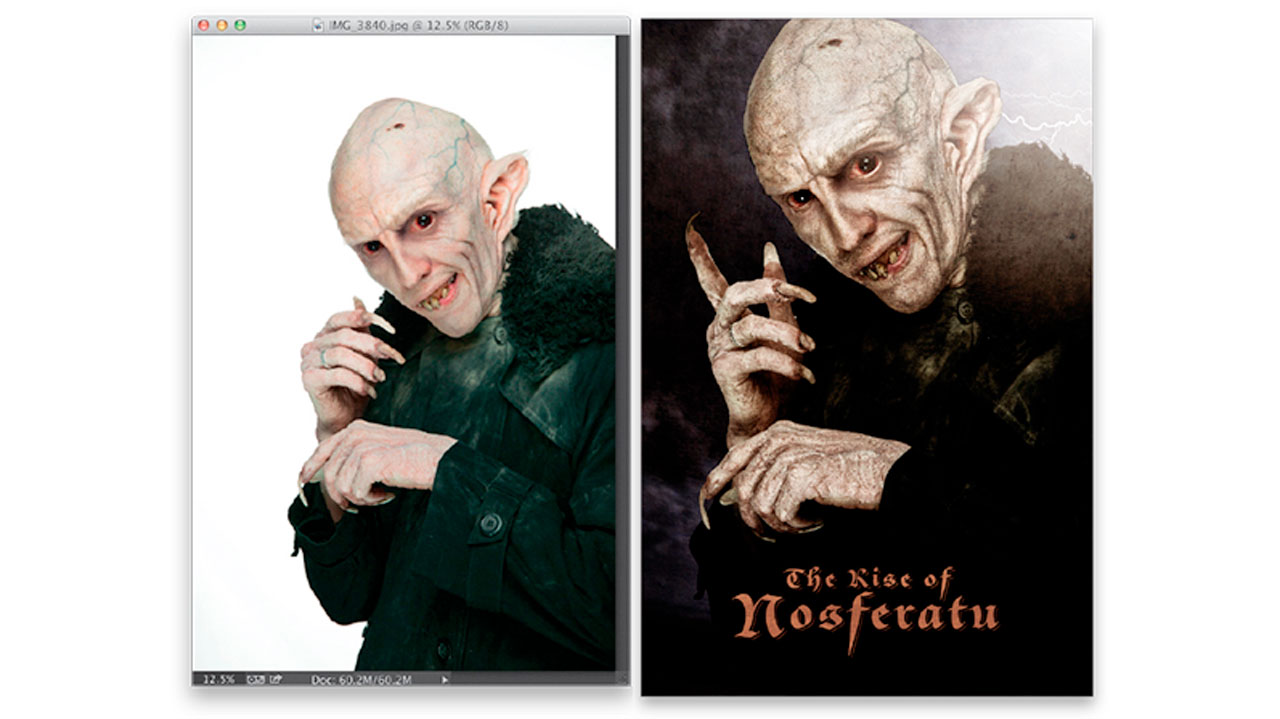 With Halloween getting closer, here is another spook-tacular tutorial.  Follow along with Corey Barker as he uses Photoshop to create a classic movie monster composite of Nosferatu.

Found via Layers Magazine.  Thanks for sharing.

The tutorial is excerpted from Corey Barker’s Photoshop Down & Dirty Tricks for Designers, Volume II.

While I was teaching at Adobe Max in Los Angeles, I stopped to check out Russell Brown’s workshop, which is always popular. The theme was classic movie monsters and he had several there, like Frankenstein’s monster, Wolfman, and Creature from the Black Lagoon. But, I especially liked the Nosferatu character because the makeup was so well done. I was given a folder of images to work with and couldn’t find one alone that I liked, but I did find two that each had something I liked.

Here we have two images from the photo shoot (the model is Mick Ignis, and the designer who did the makeup was Ian Von Cromer). The problem is I like parts of both of these images—I like the facial expression in the left one, and the hands and such in the right one. So, let’s put the best of both of them together into one image. 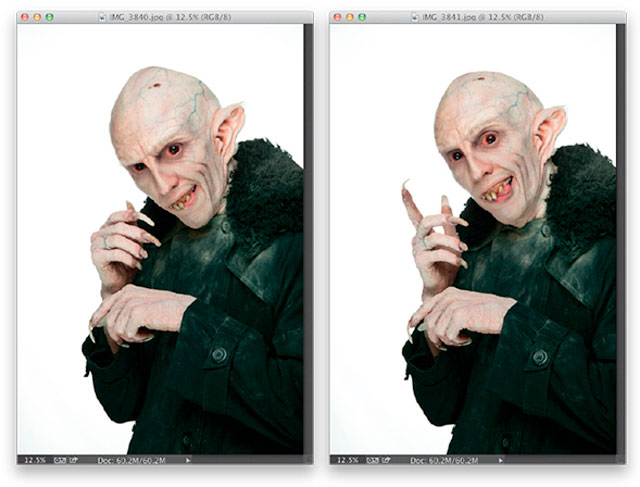