If you’re thinking of doing your own feature length film, Vashi Nedomansky of VashiVisuals knows a bit about feature film post production workflow. He discusses the multiple roles he filled during his five years while working on the film The Grind, including handling footage, color grading, effects and more.

He starts off the article, Perfecting the Film Post Production Workflow, with an image of his timeline from Premiere Pro CC. That’s an impressive number of edits and layers!

About a quarter of the way through the article, he discusses transferring from Final Cut Pro 7 to Premiere Pro and how he dealt with enormous amounts of footage. He also talks about the Pancake Timeline, his technique that we posted about on our blog last summer.

He suggest learning shortcut keys as much as possible, something I completely agree with. 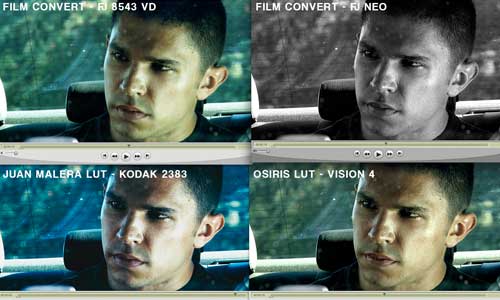 He used FilmConvert to view film grains and stocks in Premiere. One of the tips he gives on color grading is:

BONUS TIP: By applying the Lumetri effect (NOT Lumetri Looks) to a clip or an adjustment layer…you can now open up LUTs in Premiere and preview/playback/export different film stocks and custom looks. I really like OSIRIS LUTs and this free collection of Kodak and Fuji LUTs from Juan Malera.

This article is chockfull of great tips on the whole post-production process, so don’t miss it!
Read more