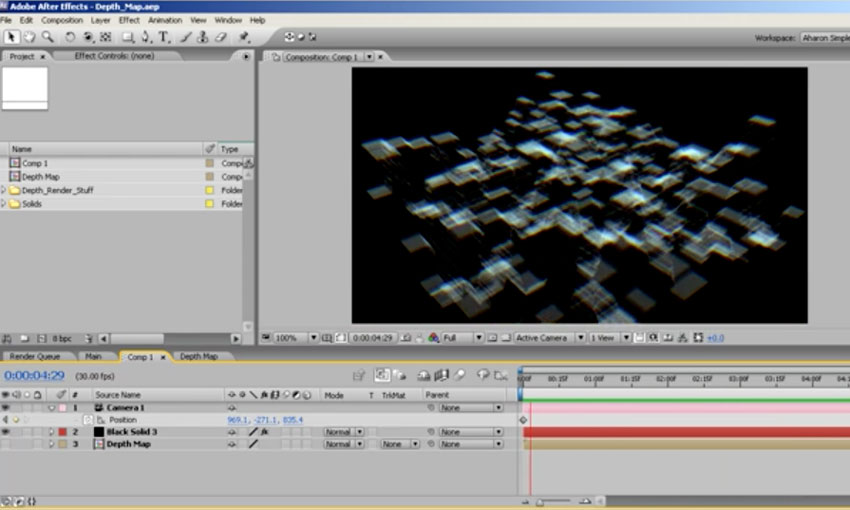 In this Quicktip, Aharon Rabinowitz shows you how using Depth Maps to displace Trapcode Form particles can be used to create a 3D Point Cloud Representation of a city.  This tutorial was inspired by the brilliant Trapcode Form work of Jeremy Cox at Imaginary Forces, for the film “Terminator: Salvation.”

View this video on Vimeo.

Note: Form is only available as part of the Trapcode Suite

Trapcode Suite is made up of several different tools that each have their own compatibility info. Every tool runs on Mac and Windows and is compatible with Adobe After Effects, while some of the tools also work in additional host-applications.