Track a 3D object into live footage. Mike Griggs at Creative Bloq talks about working with a virtual camera between After Effects and Cinema 4D. 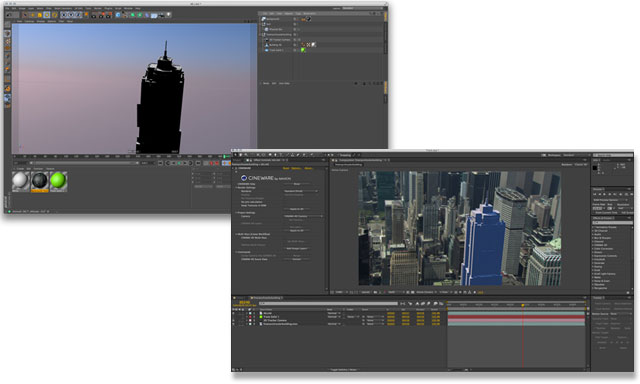 Creative Bloq talks about how to track a 3D object in After Effects to create a virtual camera which can then be used in Cinema 4D to create a matching CG element, which can finally be round-tripped back into After Effects for final compositing. How’s that for a run-on sentence! They talk about trackers, such as Mocha AE, as well as the AE Tracker and Warp Stabilizer. If you don’t have Cinema 4D, Mike states that the process will work in Cinema 4D Lite, which is included with After Effects CC. Read the tutorial.