The Feature Looks LUT collection for LUTx is a set of 40 Feature Film looks designed by experienced film colorist Shane Bartley. These looks are inspired by recent blockbuster and indie film hits from the last 20 years, and range from dramatic stylised looks to subtle manipulations of blacks.

Also included are useful utility looks such as Bleach Bypass, Day for Night, variations of Film contrast looks and Hipster looks inspired by social media. Purchasing LUTx feature collection gives you a download link with all the Feature look LUTs in standard cube format so you can also use them in Premiere Pro, Resolve, After Effects or Photoshop.

Watch the video to see a preview of the LUTs in the included Feature Looks collection pack.

The full list of LUTs in the Feature Looks collection is: 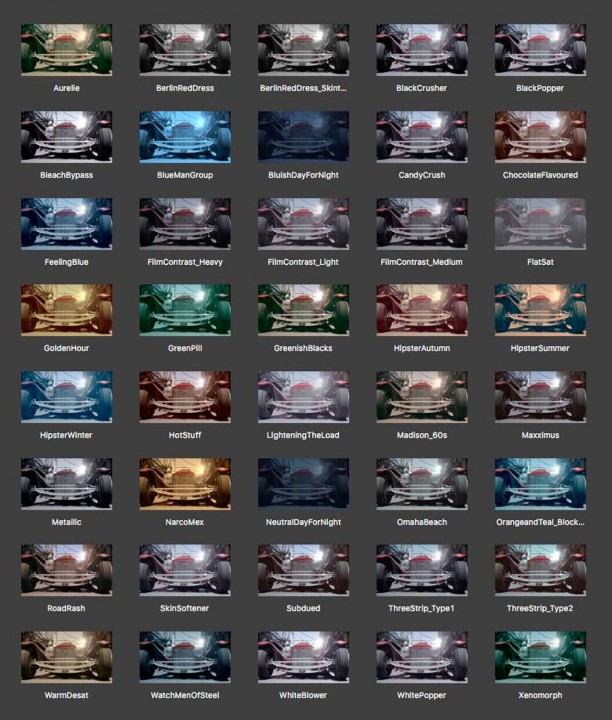 For best performance, we recommend you use a graphics card with 512MB video memory (VRAM). 1 GB VRAM is required for rendering 4K projects.