As a full-featured software plugin, Koji Advance has many advantages or simple LUT files. We have built in a number of powerful color correction tools including an advance auto white balance, temp control, lift/gamma/gain, density, printer points, and advanced film grain taken from real 35mm negative stocks and applied adaptively.

Koji Advance takes care of most color space conversions for you. You can simply apply the Koji Advance plugin, refine your creative grade, and you are done. There is no need to figure out how to convert from your log format to Rec.709.

Koji Advance also includes a set of standard .cube and .3dl LUT files than can be loaded into LUT-capable cameras or field monitor. Loading the Koji LUTs in-camera helps to expose properly for the LUT you have chosen. Loading the LUTs into a field monitor allows you to preview the shot for a client in a way that looks more “finished” and impressive.

Koji Advance is designed to be a starting point for your own creative grade. Just like physical 35mm print stocks, Koji digital print stocks are a medium, not a finished “look”. Once you have applied Koji Advance, you will find that making subtle adjustments to the exposure, color, and film grain will allow you to craft your own look very quickly.

Koji Advance includes six 35mm motion picture film stocks. Each started out as physical print stock which was then carefully measured thousands of times and checked for accuracy. This information was then translated into a 3D LUT that could be applied to your digital footage.

Works with your editing software

When you apply Koji Advance to a video clip, it renders lightning-fast and does not slow down your machine.

For any film emulation to work, you need to start with an image that is properly white-balanced. With many modern digital cameras, this is more challenging than it ought to be. So Koji Advance comes with a powerful auto-white balance option. You might be surprised how often you use it.

Includes LUTs for you camera or field monitor

All Koji film stocks are also provided as .cube LUT files, so you can load Koji into your LUT-capable field monitor or camera. This allows you to expose properly for your favorite film stock while shooting, or to show clients a live preview of the final look on set.

Digital video formats are a bit of a mess. There are dozens of them, and they all work slightly differently. Koji Advance supports all major camera formats natively – whether your footage was shot on a Sony FS7, RED Dragon, Canon DSLR, or A7S, just choose your format and go. It just works.

In the course of developing Koji, we worked with nearly every major film lab in Hollywood, with Dale onsite to check LAD and oversee print quality at every stage. Most of the film stocks we used have since been discontinued. By painstakingly preserving the color response of these film stocks, we hope to maintain the beauty of film color for future filmmakers to use. 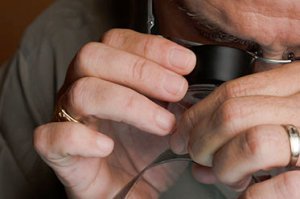 As color timer for Steven Spielberg and Francis Ford Coppola, and with hundreds of major film credits, Dale created much of the look of modern cinema. Dale leads the color team at Koji.