Plants Kit 13 is a selection of both charming and common temperate deciduous trees mainly from Northeastern America, temperate Europe and East Asia planted in parks, gardens, or streets including showy specimen trees such as the Japanese angelica tree, the showy crab apple, ‘Merrill’ magnolia, and white willow, as well as some very common street trees such as the columnar Norway maple and Turkish hazel.”

10 broadleaf tree species of Laubwerk Plants in 3 variants, 3 ages and 4 seasons each, for architects and CG artists working in 3ds Max, Maya, Cinema 4D, and SketchUp.

All Laubwerk Plants in this Kit come in 36 variations per species, i.e. 3 variants, 3 ages and 4 seasons. Here are a few examples of the variety: 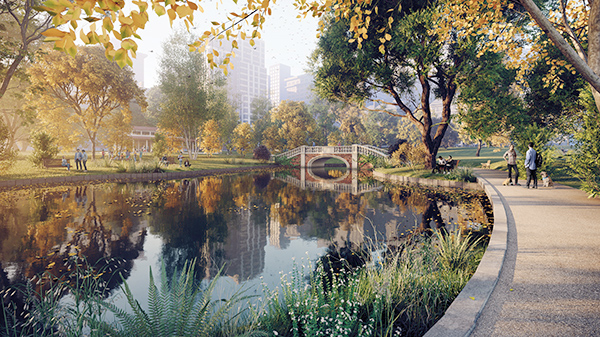 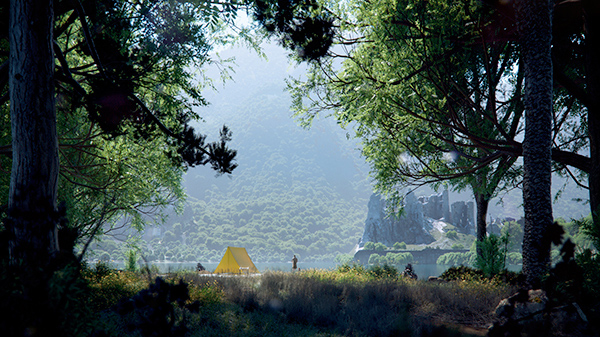 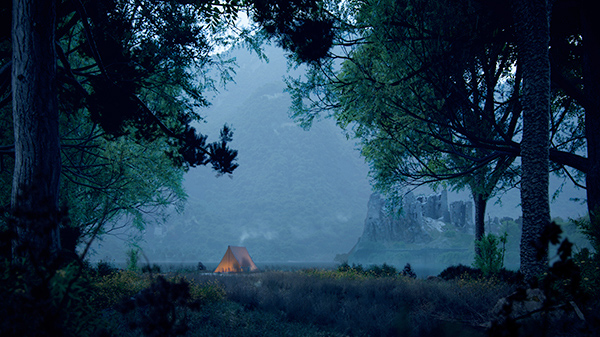 The Lake—Evening in Summer with Campfire

Inserting, controlling and rendering great-looking 3D tree models has never been easier with the Laubwerk Player plugin! The Laubwerk Player provides immediate visual access to your Laubwerk plant library. You get multiple drawing options in the viewport (like simple hull shape or skeleton) for quick feedback and low memory usage while editing your scene. And when you’re satisfied, watch the Laubwerk Player dynamically render fully-detailed plant models at amazing speeds, with automatic default materials and level of detail.

The Plant Library Browser appears right in the 3ds Max, Maya, Cinema 4D or SketchUp main menu and provides direct access to the Laubwerk Plants installed on your computer. Drag-and-drop your 3D tree species into your scene or replace existing trees. Loading the plants through the Plant Library Browser directly creates materials with basic shading and textures preassigned, saving you time and memory while you work.

The Plant Object represents a Laubwerk plant model in your scene by using low-memory hull or skeleton mode for easy placement. It dynamically loads the model’s age and shape that you chose, creating a simple viewport approximation that allows you to apply model alterations and adjust level of detail settings. Laubwerk Plant Objects are fully scriptable using MaxScript.

Dedicated support of V-Ray saves you time and memory. Instead of manually converting Laubwerk Plant Objects into V-Ray proxies, the Plant Object detects when V-Ray is used for rendering and dynamically creates the model’s geometry during rendering. This is the exact same process V-Ray uses for V-Ray proxies, just automatically applied without any manual setup.

Materials and textures are created on the fly – for the built-in renderer or third-party renderers.

Laubwerk uses a hybrid of procedural modeling and hand-detailing by botanist and 3D artists to make the most realistic CG trees.

The following 10 tree species are included in the Plants Kit 13. Each species comes in 36 variations per species, i.e. 3 variants, 3 ages and 4 seasonal aspects, for a total of 360 models per Kit. 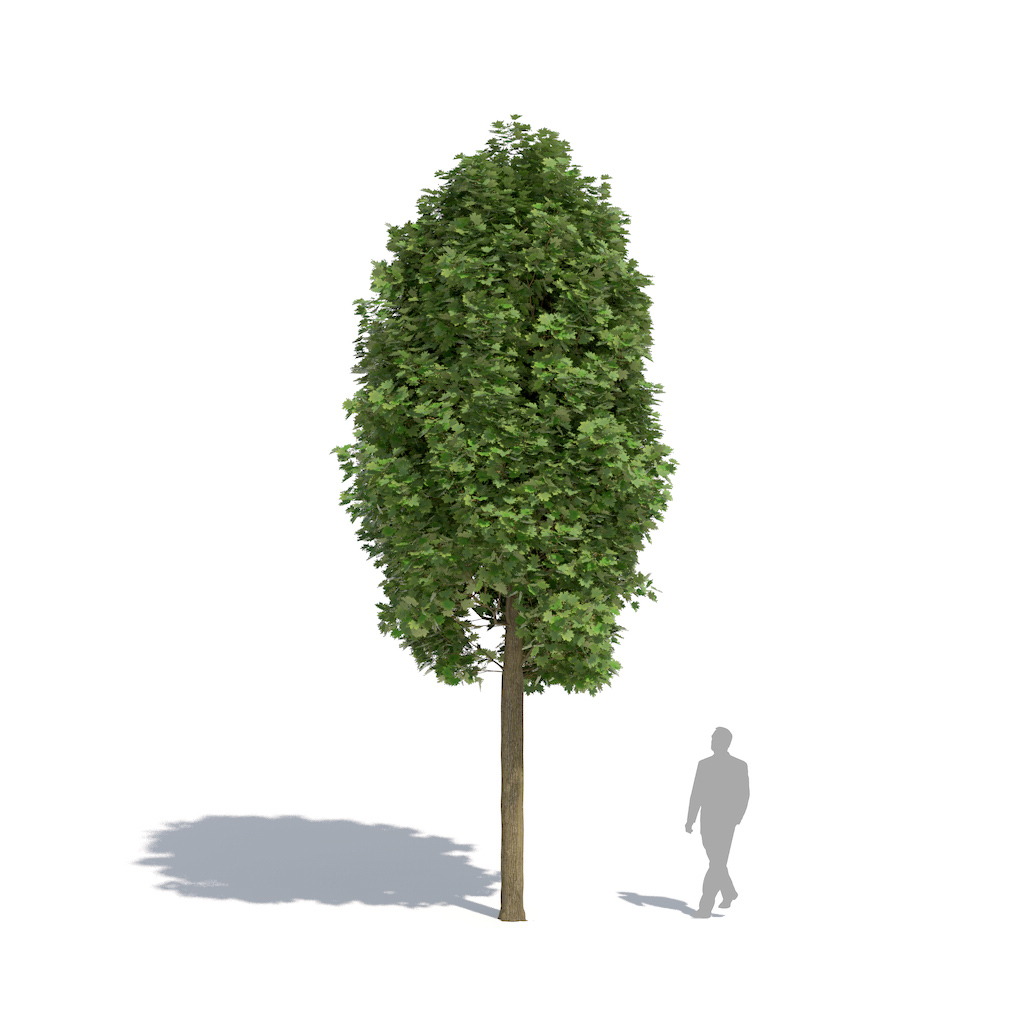 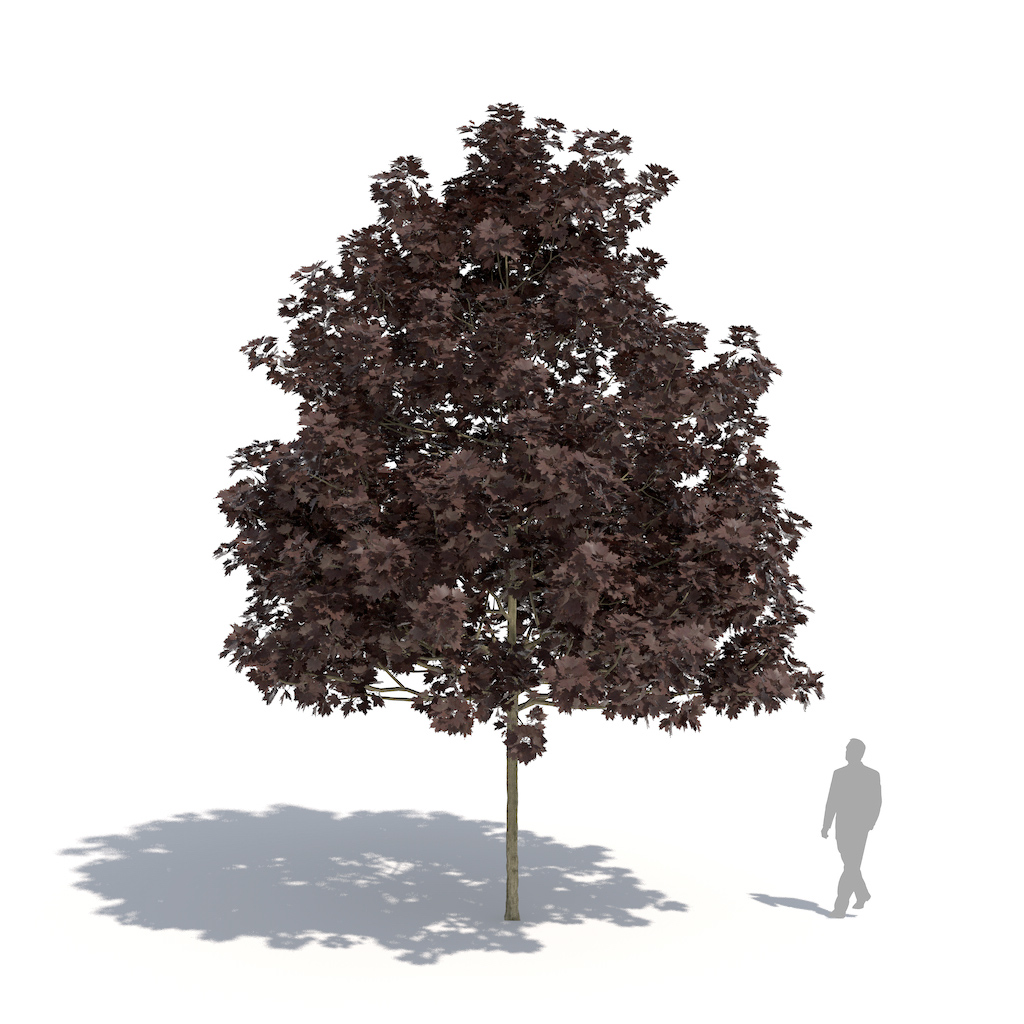 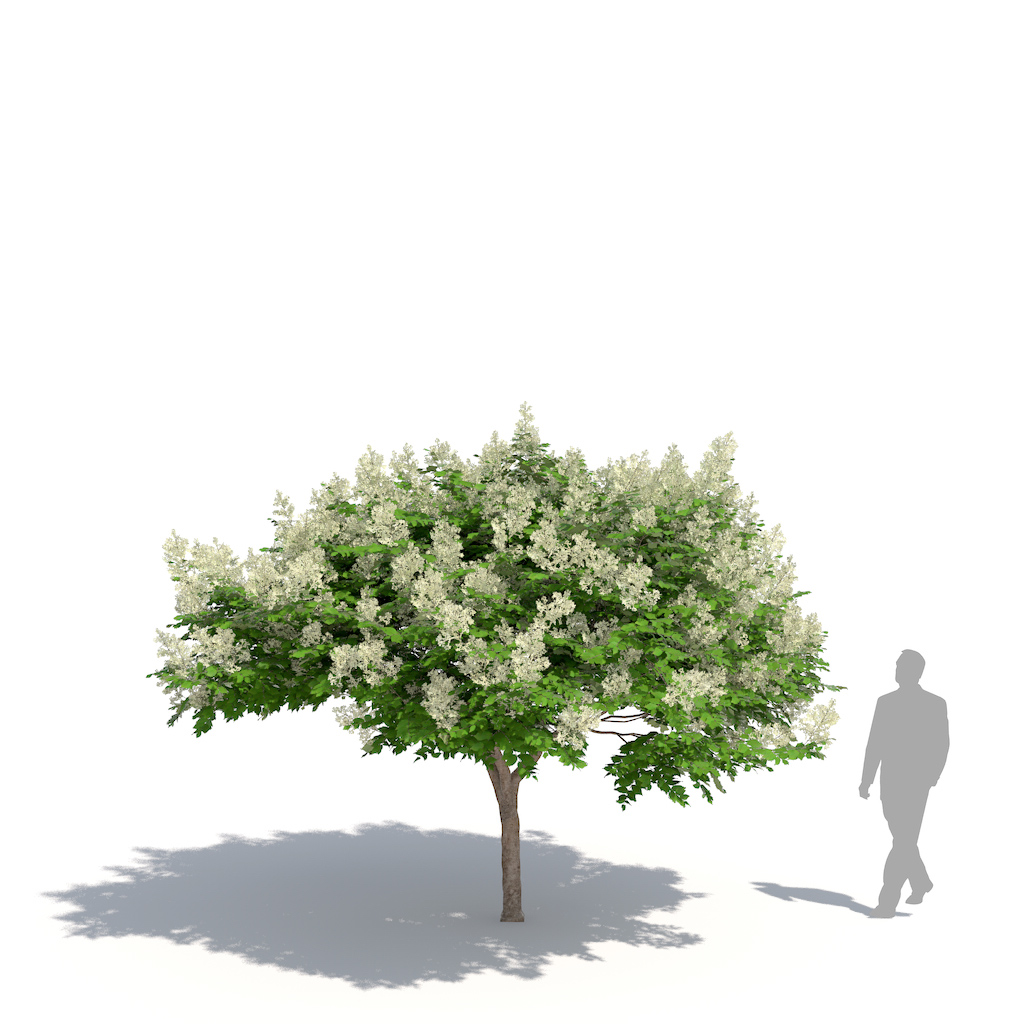 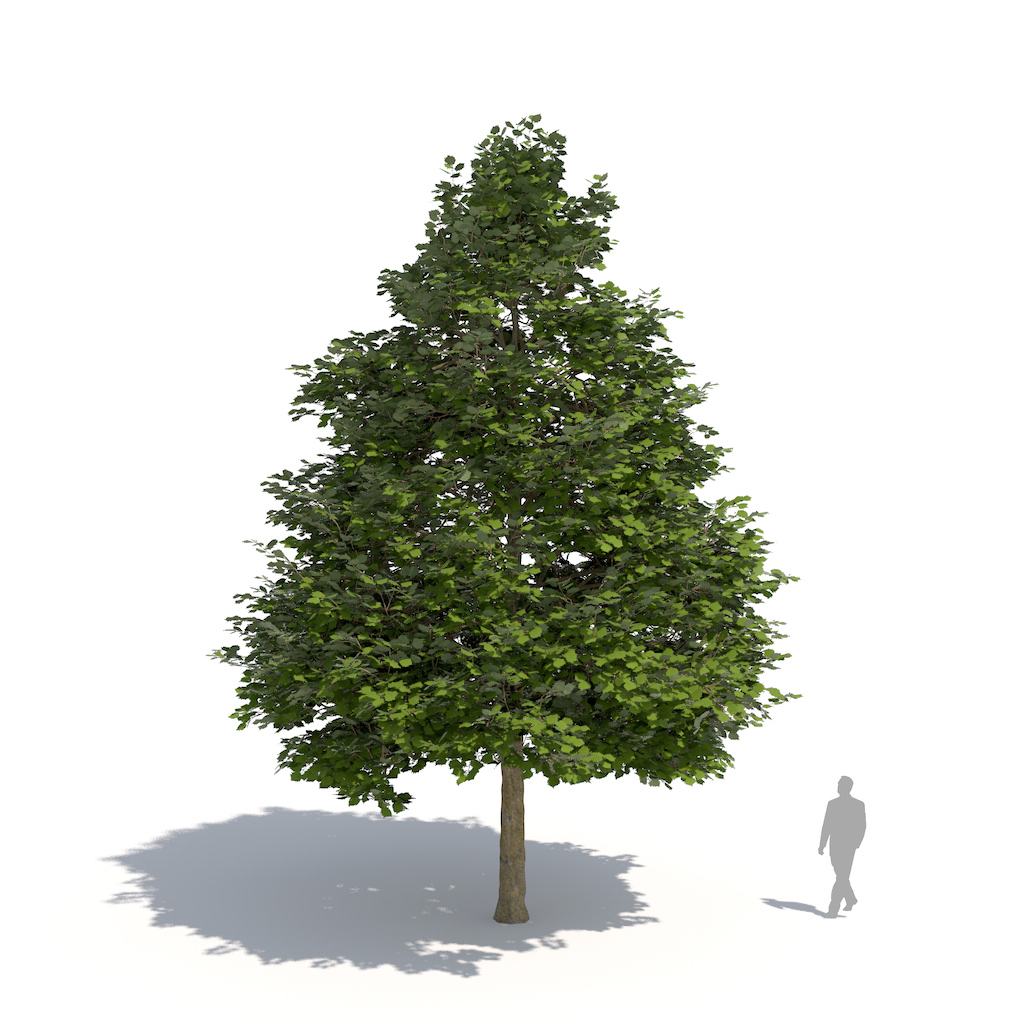 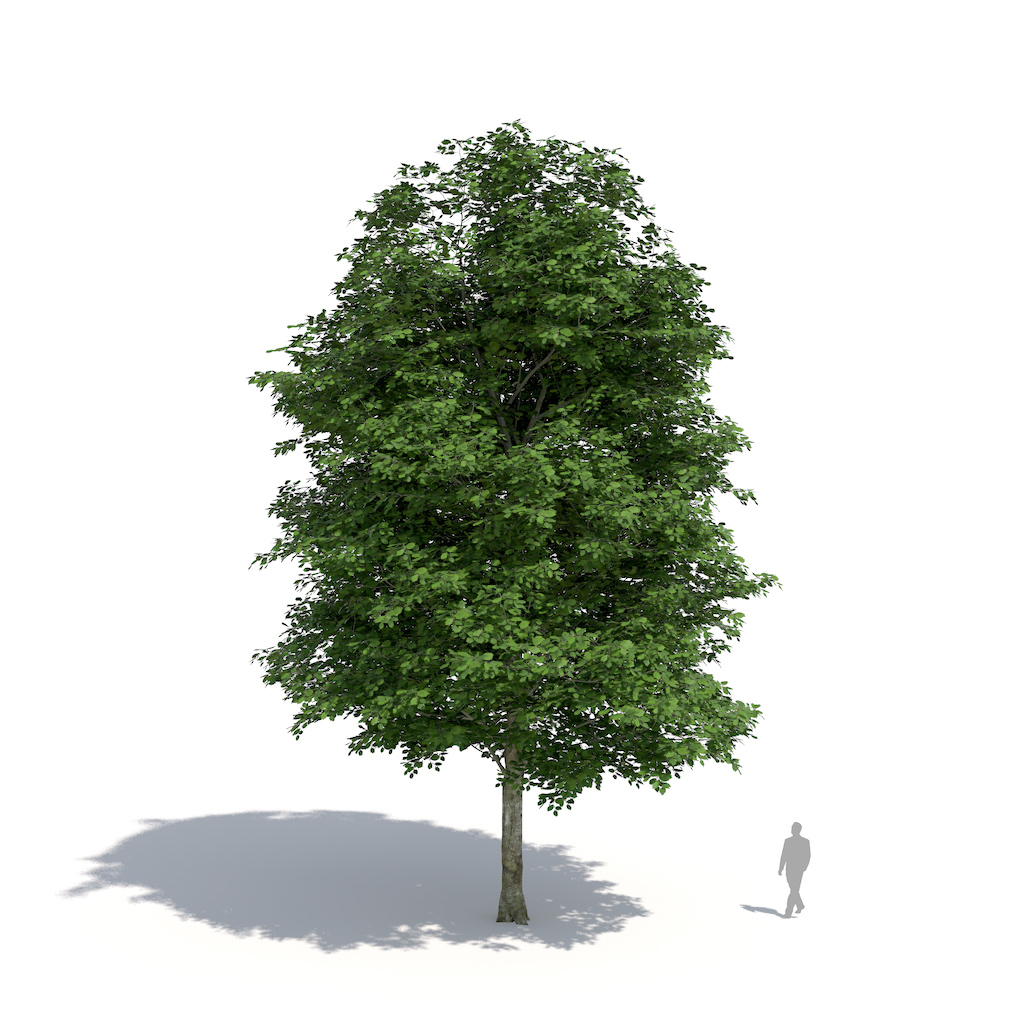 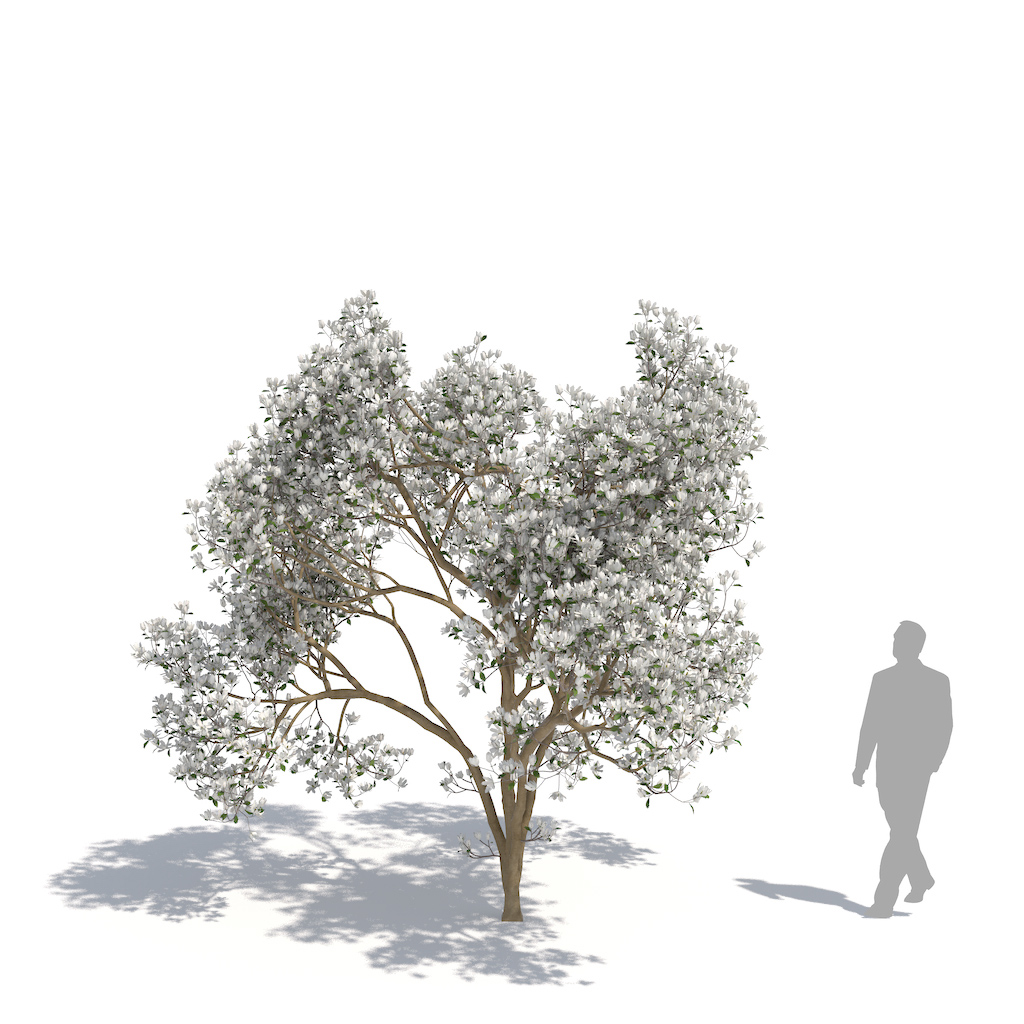 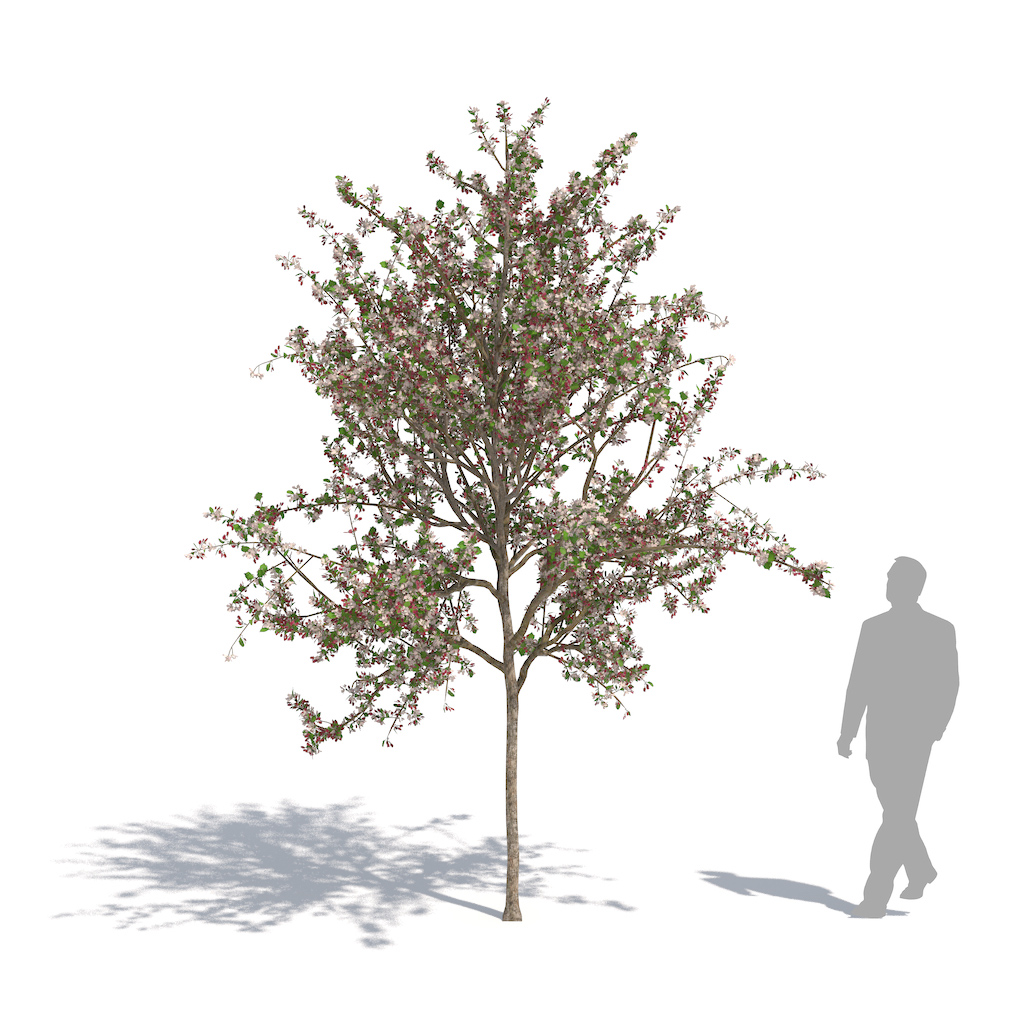 Small deciduous tree with a dense, round-to-umbel-shaped, half-open crown. Gray-brown trunk, with smooth bark peeling in thin plates from the mature trunk. Slender, ovate, serrate, dark-green leaves. Crimson buds open to profuse pale pink flowers, which mature to white. Profuse masses of small, yellowish fruits with a red blush, which are quite attractive to birds. Vigorous tree with one of the best mid-spring flowering displays of any of the crabapples. Used in large gardens, parks, and public gardens. Medium-sized, fast-growing deciduous tree with an irregular, transparent, half-open, oval-to-rounded crown. Grayish, rough, deeply furrowed bark. Young twigs are olive-green to brown. Dark bluish-green leaves made of oval leaflets, turning yellow in autumn. Dense, drooping clusters of aromatic white flowers, borne in late spring and summer. Linear to oblong pods mature in autumn. The tree is a major honey plant in the Eastern US, and has also been planted in European countries. Often planted along streets and in parks. Medium-sized, fast-growing deciduous tree with an irregular, half-open, oval-to-ovoid crown. Yellowish grey-brown bark, deeply fissured in older trees. Young twigs are yellowish-brown and very pliable. Long, narrow, pointed leaves, dull green above and blue-green underneath, with a silky texture that causes them to appear silvery-white at a distance. Fall color is usually a pale yellow, but sometimes appears as a more saturated yellow. Catkins appear with the leaves in spring.

Note for our customers who use V-Ray for SketchUp: