The affordable and easy to use Character Animation tool for Cinema 4D.

Note: The new People in Motion V2 is a complete rewrite, with different functionality and not compatible with older versions.You can install and run both Plug-ins at the same time and should do so to be able to still work with older People in Motion projects. 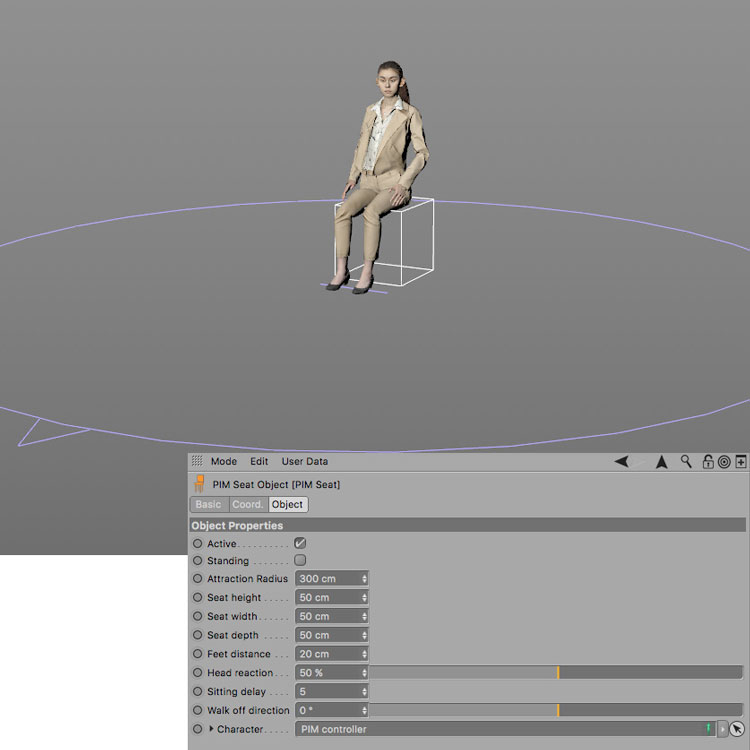 If you are using Characters from DAZ 3D (Genesis 2 or Genesis 3), Renderpeople (rigged characters), AXYZ Design (rigged characters) or Autodesk Character Generator you can just Drag&Drop them to the Plug-in and can start to animate right away. Other human character rigs can be used by simply connecting the joints with the Plug-in. There is also a rig builder included to add a standard joint rig the a character model. 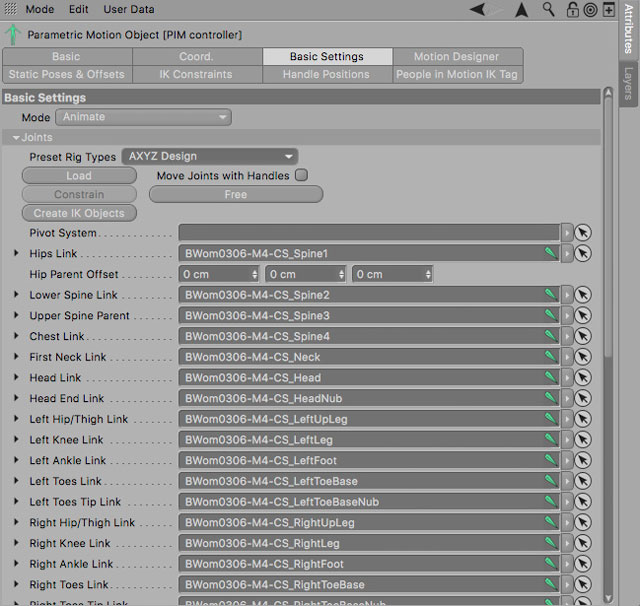 To design a walk animation, we have a Walk Designer build right into it. This includes other typical movements, such as walking up or down stairs or sitting down/standing up. Create your realistic, funny or stupid walk with just a few clicks and controls. Additional IK controls for the Head, Chest, Hips, Knees, Feet, Elbows and Hands can be set up automatically for individual animations. Overlay manual IK animations with generic walk or running animations with a push of a button.

It all doesn’t stop there as we also build in a simple Crowd control. Use Staircases, Elevators, Escalators, Seats, Curves or Wall objects to control the actions and waking paths of your characters. All this is directly build into Cinema 4D.

As we want every Cinema 4D user to have access to this must have animation tool, we offer this animation system for an insane low price.

A short intro about how to import and use Genesis 2 or 3 characters imported from DAZ Studio in Cinema 4D.

A short intro about how to pose characters in Cinema 4D with the People in Motion R2 Plug-in. This time using an AXYZ Design character

A short intro about how to animate characters in Cinema 4D with the People in Motion R2 Plug-in. This time controlling the actions and walking paths with control objects.

Please note that People in Motion R2.x doesn’t include any characters, but you can find free rigged characters on the internet or use commercial riggend characters for instance from DAZ 3D or AXYZ Design.