All active users of SiNi Software MUST UPDATE to the latest installer to avoid being terminated from our license servers when we fully transition to the new servers. If you do not wish to do this we advise that you uninstall our plugins as they WILL NOT FUNCTION once we switch over and turn off the old servers. 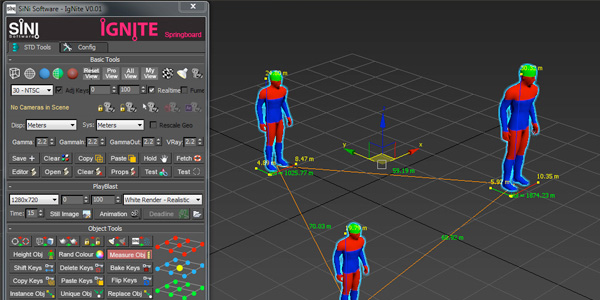 IgNite is SiNi’s flagship ‘go-to’ productivity and workflow toolset 3ds Max artists use to speed up daily work, bringing everything into one UI location, including over 200+ tools, bespoke utility plugins and loading all your favourite scripts.
IgNite is an extensive collection of tools and plugins. Many of the tools are designed for the architectural visualisation pipeline, assisting artists with imported data, cleaning up models and optimising, meaning you can get into creative work faster. For plugin details, please see the Tabs below for information on each plugin.

One-click HDRI setup. The plugin has been developed to allow artists an intuitively simple interface to review HDRI content and automatically set up lighting based on which renderer you have set up in 3ds Max. This process analyses the HDRI file and aligns the 3d lighting to perfectly match. To assist artists, the loaded HDRI file is linked to a compass helper in the scene.

The plugin has been developed to support your existing collections of HDRI’s as well as loading custom one-off files for bespoke situations.

Scribe is a complete shape and spline manipulation toolset. Use Scribe to clean up imported CAD drawings and fix complex issues that traditionally could take you days to resolve.

Sculpt, is a polygon and mesh manipulation toolset. Use Sculpt to fix geometry and imported 3d models from SketchUp, Revit, and Rhino. It is the best tool available for 3ds Max at cleaning up issues common to importing files.

Jumble comprises two tools in one user interface. First is a percentage % selection tool that can filter from random, small or large selections. Second is a complete live random transformation tool that includes the ability to remember or reset its origin, by storing information in the scene and accessing this if you return to the scene at a later date. Randomly changing objects has never been easier.

Every time you open a new scene, use Forensic to inspect the scene integrity, modifiers, plugins and quickly fix any problems before getting started.

3ds Max viruses or malicious MAXScripts will cause havoc with your scene if infected. Forensic will find these and give you the option to delete. You can also switch on Add Virus Callback from the SiNi Dropdown to automatically delete all known viruses on file open.

3ds Max viruses or malicious MAXScripts will cause havoc with your scene if infected. Forensic will find these and give you the option to delete. You can also switch on Add Virus Callback from the SiNi Dropdown to automatically delete all known viruses on file open.

Checks the scene for missing meshes, textures, scripts, xrefs, plugins, simulations, proxies and allows you a fast mechanism to relink and repath the scene.

Offering an easy to use a gateway to add our C++ functions into your existing Maxscript pipeline. Siniscript includes over 90 Maxscripts sample scripts to make implementation a seamless process.

Preflight is designed as a checklist of tasks to perform before exporting to Unreal Engine/Datasmith or Unity. The objective is to check and fix 3D scenes to minimise the discovery of issues once imported.

Preflight performs automated tasks executed with one click as you work through the checklist. You can skip tasks if you wish. Once complete you have the option to save for UE4 or Unity. If Unreal Engine/Datasmith is installed on your PC, Preflight will send to Datasmith. 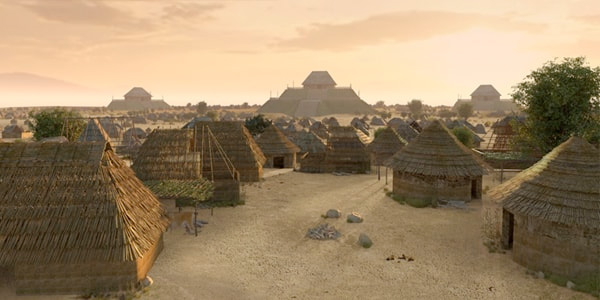 ProxSi is the most advanced universal proxy available for 3ds Max. If you work with proxies ProxSi will future proof your pipeline and asset library if you choose to work with more than one renderer. By using ProxSi you can easily swap between any of the below 3rd party renderers without having to recreate your proxies. Only shaders will need to be reassigned. The proxy and its instances will all remain in their assigned position, keeping applied transforms.

By using ProxSi artists can save assets within the scene or externally and have the ability to round-trip edit, meaning you can import a proxy convert it to an edit mesh for editing and save back to the proxy without losing it’s X, Y, and Z placement coordinates. Furthermore, if you choose to file protect your assets for pipeline control or sharing or assets, ProxSi has the ability to control usage rights and length of file share, similar to a protected PDF document. 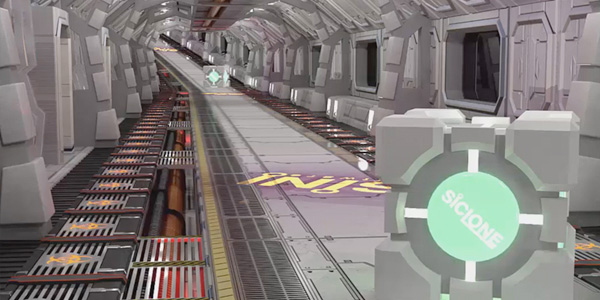 SiClone features the ability to array multiple objects and sweeps with different parameters and individual control. Furthermore, it offers full parametric workflow and is enabled for leading 3rd party renderers including V-Ray, Arnold, Corona, and Maxwell. SiClone works seamlessly with ProxSi and other 3rd party proxy and lights! SiClone has been designed for simplicity and ease of use. 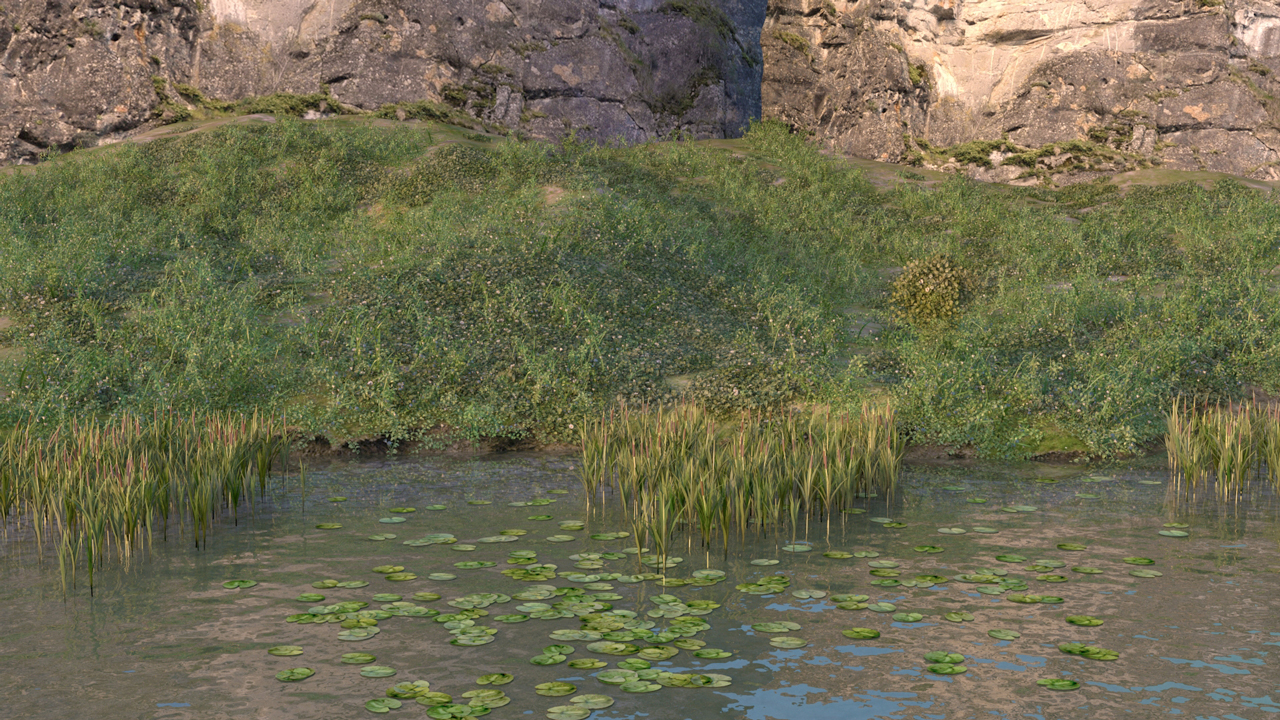 Disperse is a freehand 3d painting tool and object replacer that will free up your artistic creativity to allow you to paint complex scenes as easy as digitally painting in a 2D software program.

By adding any 3d geometry, point cache or proxies you can paint unrestricted anywhere in your scene without the need to select base geometry. The paintbrush gizmo gives visual feedback on object direction, size of distribution and orientation.

Included with Disperse, you can add object transformations on an individual or multiple objects, including random transformations, random color variation, and animation offset.

When you have finished 3d painting, you have the ability to export as edit mesh, saved as separate objects, i.e. people mesh, trees mesh. It will include a library facility to save and load presets from a file, meaning you can save your favorite presets locally or on a network for everyone to access.

We evaluated the pros and cons of writing Scatter before deciding to greenlight it, especially as there are many existing products available. We decided to do things a little different, the SiNi way, making a tool that allows for more artistic control and would work in partnership with our other tools.

Designed to make complex scenes with as little work as possible!

We wanted a scatter tool that allows for clean animation of distributed objects without regen-popping as well as the ability to intuitively refine the scene by adding paint and erase features similar to our 3d paint tool, Disperse.

The plugin allows artists to add any 3d object, proxy (including ProxSi and all leading renderer proxies) and point cache files. You can offset animation as well as adding color variation to any material. It includes the ability to save and load presets from a file, meaning you can save your favorite presets locally or on a network for everyone to access. 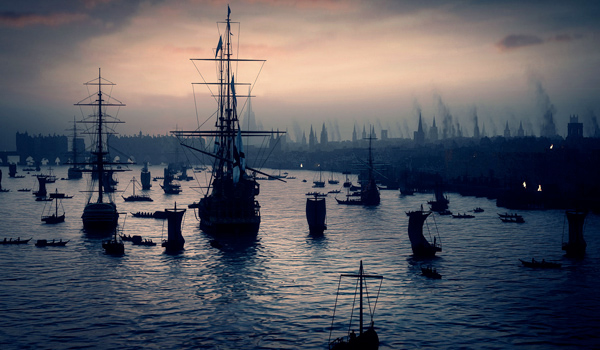 Every time you open a new scene, use Forensic to inspect the scene integrity, modifiers, plugins. Quickly fix any problems before you get started.

Working on a bad scene will likely cause you issues. Some typical issues might be; empty objects crashing, drawn-out simulation times, cad blocks and linked composites clogging up scenes, 3rd-party plugin mismatches e.g, Vray planes not rendering with Arnold and Corona lights.

This release features updates and bug fixes for the plugins listed below. We recommend everyone upgrade ASAP to this release.

IMPORTANT – All users must update to version 1.21.1 or above to remain connected to the SiNi License Server.

All active users of SiNi Software MUST UPDATE to the latest installer to avoid being terminated from our license servers when we fully transition to the new servers. If you do not wish to do this we advise that you uninstall our plugins as they WILL NOT FUNCTION once we switch over and turn off the old servers.

The main features of this update include full support for Corona, including interactive rendering, plus updating IgNite Tools to include bulk proxy functions for Corona and V-Ray.

Disperse
– Fixed: Rendering issue if the current layer was hidden.

SiClone
– Fixed: Rendering issue if the current layer was hidden.

All Plugins – Main UI
– UPDATE: All plugins to include support for 3ds Max 2020.

This video focuses on the Illumi plugin for 3ds Max IgNite with VRay Renderer settings.

This tutorial goes through the basics of how to clean up a 3d model the size of New York city using 3ds Max and SiNi Software.