Thanks to meticulous component modeling, the Waves/Abbey Road EMI TG12345 channel strip plugin captures every celebrated feature of the one-of-a-kind original console: the input mic preamp, down to every last detail of its harmonic distortion, hum and noise; the bass and treble EQ bands from the mic cassette; the presence EQ band from the console’s group/main section; the lush-sounding spreader; and to top it all off, the console’s famous compressor/limiter, with its distinctive, irresistible sound.

The plugin offers routing options that cover the entire TG12345 line, from the one and only MK I desk on which it was modeled, to the final MK IV models.

In addition to the console’s original features, new elements have been added to accommodate modern mixing needs, including a high-pass filter on the compressor’s sidechain, a mix control in the dynamics section for easy parallel compression/limiting, a drive control, and much more.

Whether used for tracking, mixing or mastering, in the studio or live, on an individual channel or on a master bus, the Waves/Abbey Road EMI TG12345 will give your mixes the beautiful compression and the unforgettable crisp, bright and rich sound of a true classic.

In 1968, the introduction of 8-track recording and increasing sonic experimentation by the Beatles and other groundbreaking artists meant that the capabilities of Abbey Road Studios’ REDD .37 and REDD .51 consoles were being stretched to the max. This called for a new desk.

The year before, EMI had already laid out ideas for a solid-state mixer to replace the valve REDD desks. Throughout 1967, meetings had taken place between the Abbey Road staff and the engineers at EMI Central Research Laboratories in order to design a comprehensive mixing console capable of handling the challenges presented by the latest music recordings.

The following summer, the first prototype console (later known as Mark I) was delivered to Abbey Road Studios. The name of the console was TG12345, with TG representing EMI’s precursor, The Gramophone Company, and with the model number chosen almost at random (EMI used the 123xx sequence as a bearing number: the EMI compander was 12321, the ATOC unit was 12330, and the desk was 1234x. 12345 was simply the next number in the sequence). 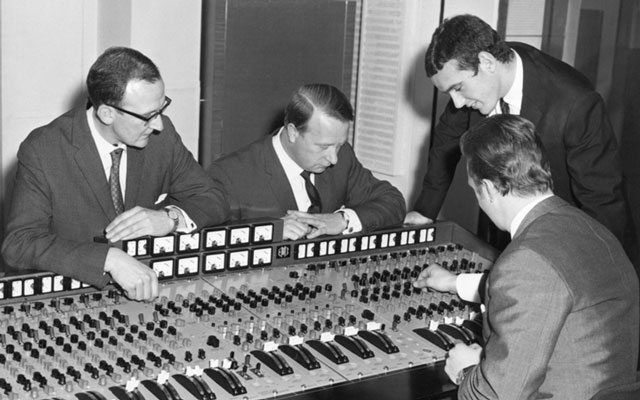 TG12345 was designed to meet the most demanding recording requirements of its time. It was substantially bigger than the old REDD desks, with 24 mic inputs and 8 outputs, 4 echo sends, 2 CUE/foldbacks, and, for the first time ever, a compressor/limiter on every channel, in addition to EQ. The compressor was based on the valve Fairchild and Altec devices used at Abbey Road during the ’60s, but ended up with a completely unique sound all its own. The desk was also modular in design, with twelve microphone “cassettes,” or channel strips, that could easily be replaced when faulty. Each cassette contained two input channels that could be used either separately or as a stereo pair.

The new desk was first placed in the studios’ “experimental room” for testing. Abbey Road’s engineers ran “clone” sessions to compare TG12345 and REDD, with two sets of mics placed in the room, one going to the REDD .51, the other to the TG. The results were superb, with the TG proving to have a cleaner, brighter and punchier sound than its predecessor. 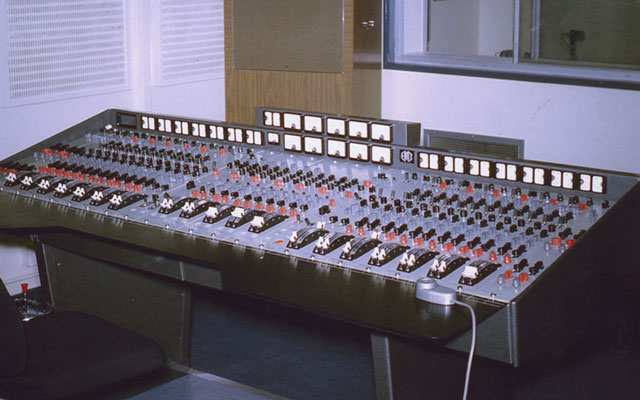 In November 1968, the TG12345 was finally placed in Abbey Road’s Studio Two, where it made its debut on an 8-track recording by the Shadows. The following year, the new transistor desk helped shape the sound of the Beatles’ Abbey Road album, which was markedly different—fuller, richer, deeper—than that of the band’s work earlier in the decade. Indeed, the sonic qualities of such tracks as “Here Comes the Sun,” “Something” and “Come Together” would be unimaginable without the advent of the TG12345. 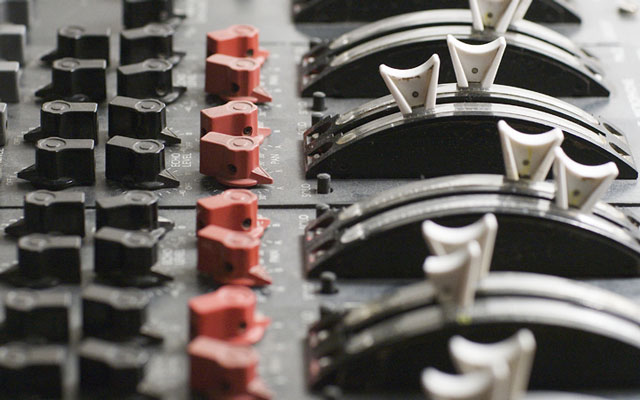 During the ’70s and up until 1983, the TG12345 consoles (Marks I–IV) were the main desks used at Abbey Road Studios, contributing to the sound of timeless albums such as Pink Floyd’s The Dark Side of the Moon and Wish You Were Here, John Lennon’s Plastic Ono Band, George Harrison’s All Things Must Pass, and many more. 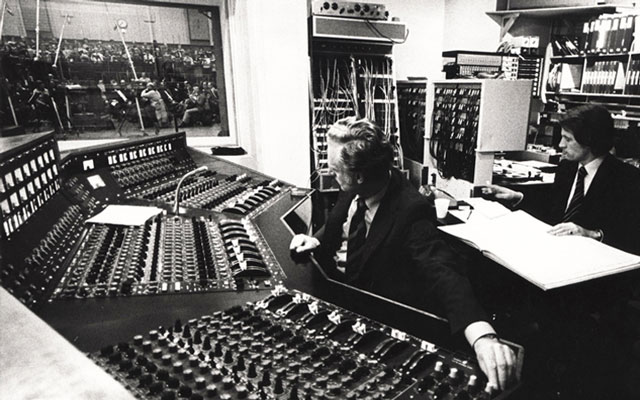 The TG12345 MK I desk was removed from service at Abbey Road Studios in the ’70s. Large parts of the original console were donated to a school in Hampstead, North London, that had a small speech studio. Following renovations at the school, the desk ended up in a dumpster. Fortunately, a passer-by spotted the unit and rescued large portions of the console. With these parts, and with other spares kept at Abbey Road Studios and at EMI’s archives in Hayes, most of the original TG12345 MK I survives today. It is this very desk on which Waves and Abbey Road Studios modeled the EMI TG12345 channel strip plugin.

The legendary EMI TG12345 Mixing Console was used to mix some of the greatest bands of the 60s & 70s. Waves modeled a plugin on this desk.