Waves/Abbey Road Reel ADT is the first plugin to successfully emulate Abbey Road Studios’ pioneering process of Artificial Double Tracking. The effect that would become an integral part of Abbey Road’s signature sound was initially created at the famed studios in the 1960s to meet the needs of some very special clients: The Beatles.

Reel ADT puts the magic of that era in your hands within seconds. Using its intuitive controls, you can advance or delay the doubled signal to achieve genuine, lush-sounding delay and pitch variations. You can also drive each of the signals separately to add beautiful tape saturations.

With its authentic modeled valve tape machine sound and faithful emulation of wow and flutter, this extraordinary plugin can enhance any track with the impression of two separate takes, giving you results as close as possible to real double tracking. Other classic Abbey Road tape effects such as flanging and phasing can also be achieved with ease.

All the character, depth and panoramic sound of this inimitable classic effect can now be created digitally, simply and for real: Reel ADT. 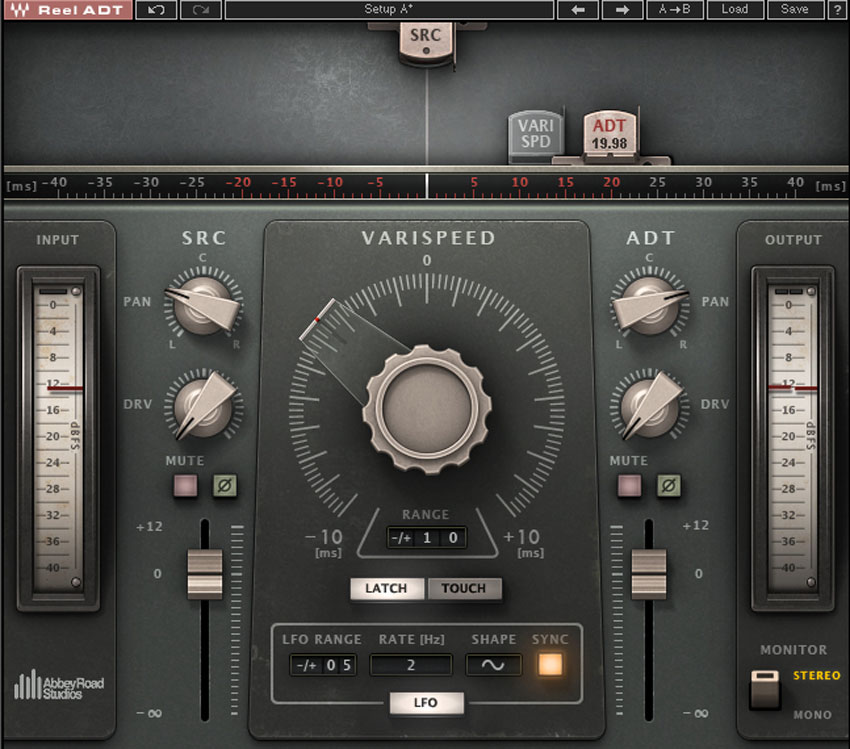 Abbey Road Studios and their associated logos are trademarks of EMI (IP) Limited.