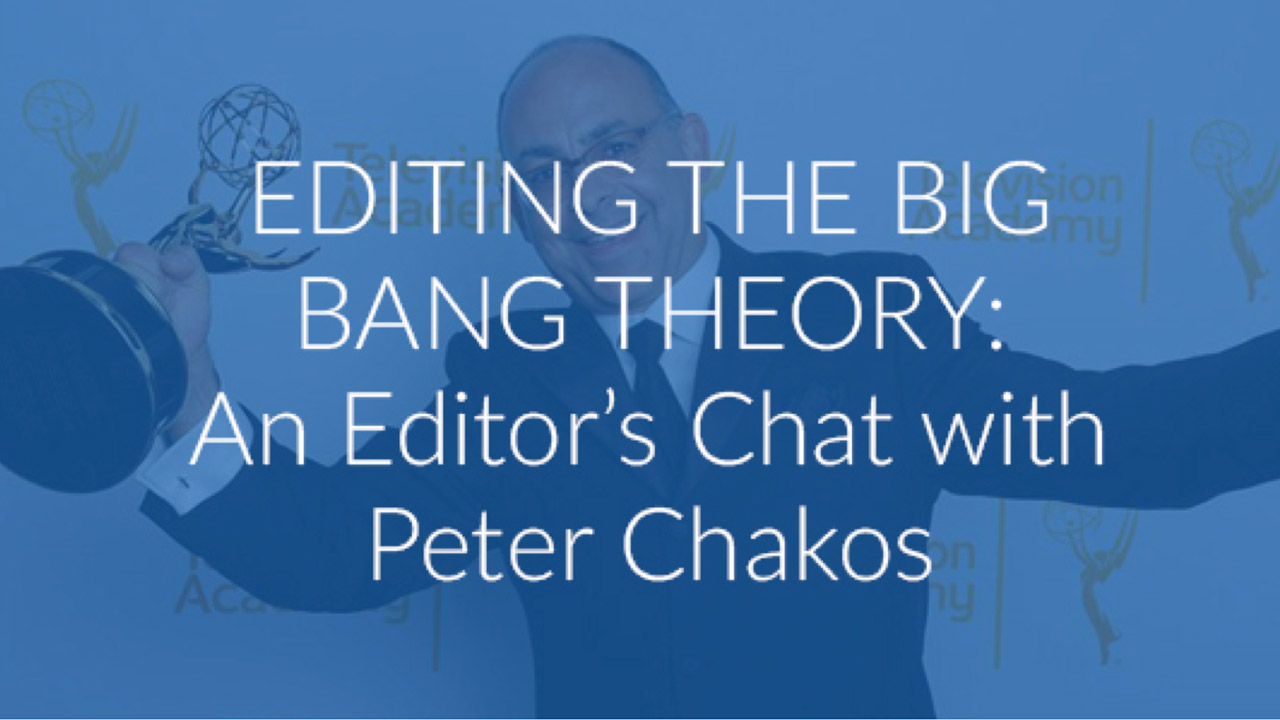 Emmy-Award winning editor Peter Chakos discusses how he got started, what software/ plugins he uses (hint, Avid and NewBlueFX Transitions), his Emmy win and more. Interview by Shannon Olona from NewBlueFX.

Chakos acts as both editor and producer for the Emmy-winning comedy series, The Big Bang Theory. In 2007, he was awarded an Emmy for Outstanding Multi-Camera Picture Editing for a Comedy Series for his work on the show.

“NB: What tools and software do you use? What specific NewBlueFX plugins are used for The Big Bang Theory? When and where do we see these in action?

I use Avid Media Composer. When I got involved with NewBlue we were doing a show that was a different kind of show for us. We were not really flashing back, but imagining “what ifs.” Like what if the guys had never met Sheldon. It was a Christmas episode and Sheldon was out of town.

I wanted to do something different with the transitions to get us out of these “what if” sequences. That’s when I began to look for some cool transitions. And I found NewBlue Motion Blur. In fact, that episode landed me my first Emmy nomination.”

Read the Full Interview at NewBlueFX

Every Frame. Every Occasion.

NewBlue Transitions 3 Ultimate features over 400 presets in 37 plugins that provide cutting edge video transitions of 3D, light, color, and motion. From Cartoonr Plus to Color Wash, Neon Lights to Metallic, Shake to Shredder, you'll find a comprehensive collection of unique, stylized video transitions for every mood or circumstance.