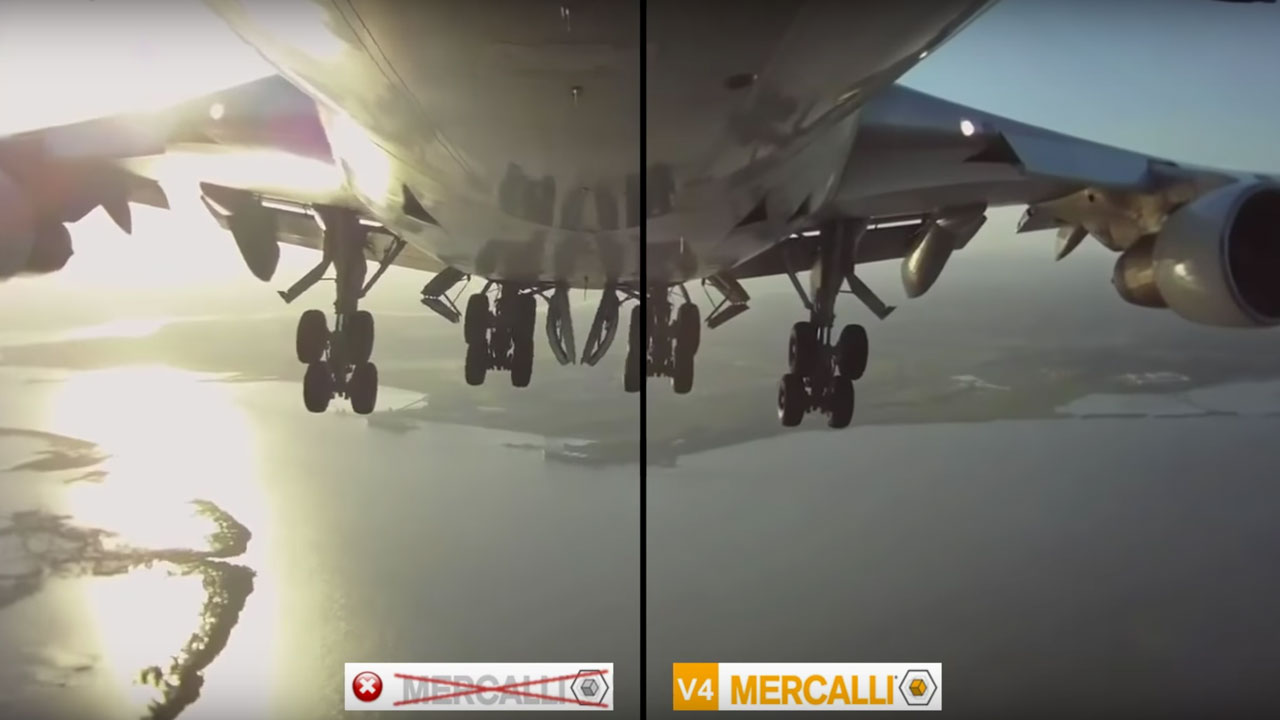 proDAD Mercalli Standalone V4 was used to clean up the CMOS jello & wobble in video shot from a camera strapped to the landing gear of a 747.

The revolutionary proDAD Mercalli V4 SAL+ tool not only smooth’s out camera shakes and bumps but also gets rid of vibration jitter, skew, and jello wobble in video, caused by camera CMOS sensor distortions.

“Many people have seen this clip of a Boeing 747-200F with a Contour action cam strapped to the nose gear, but some parts of it are hard to watch with all the camera CMOS jello going on. Mercalli V4 SAL+ works its magic and smoothes everything out nicely, with virtually no zoom in.” – proDad

Mercalli V4 SAL+ is really two products in one — a fantastically improved video stabilizer that builds on Mercalli’s legendary capabilities and new fully automatic CMOS distortion correction technology. It’s all packaged in a Windows Stand-Alone application.  So you get vast correction powers without the limitations of restrictive video editing plugins.

Save $100 on Mercalli Standalone v4 Today